I have had many unique food experiences at markets around the world; Hong Kong’s gold fish market, Barcelona’s Boqueria and Chiang Mai’s Sunday Night Market, just to name a few. Though none have been quite like Tokyo’s Tsukiji Market, one of the largest wholesale fish markets in the world (and one of the top things to do in Tokyo!), where an average of 450 different species of fish are sold on premise.

We were in for a very fishy experience. 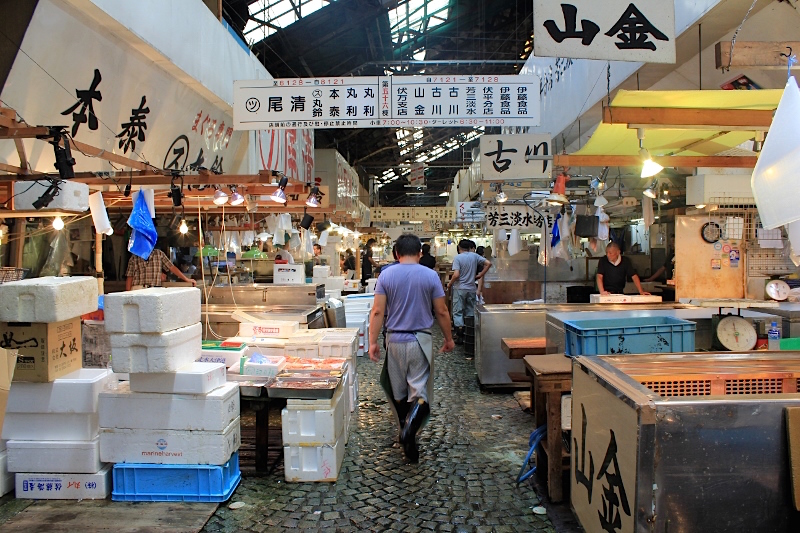 The bustle of the market starts well before daybreak, when wholesalers set up their goods for the notorious tuna auction. At 5:30 in the morning, the auctioneer asks the question “how much do you bid?” and then a lively bidding war ensues. For the early risers or jet-lagged tourists, a limited amount of visitors (120 per day) are allowed to watch this process. You’ll have to wake up in the wee hours of the morning because entrance is done on a first come first serve basis and registration starts at 4:30am.

I chose to sleep in instead. 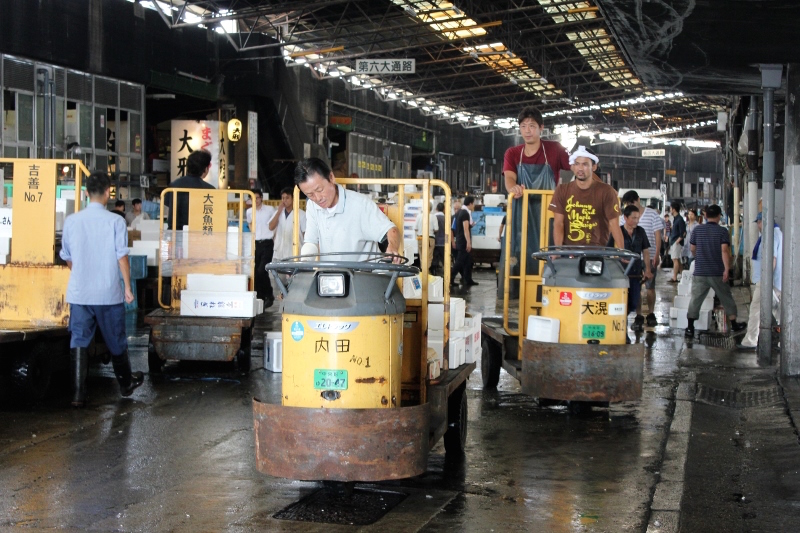 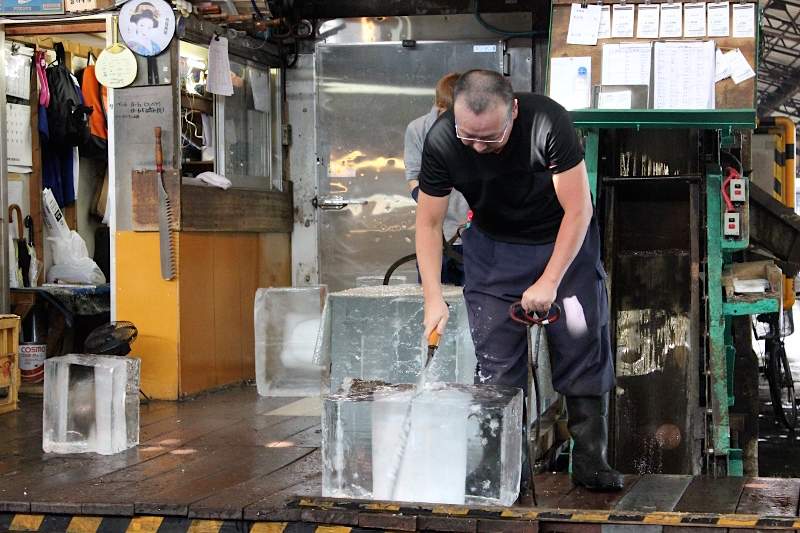 We arrived later in the morning, after the auction had well been over, which was okay because our mission was of a different nature. We were there for the purpose of purchasing the freshest ahi for our ‘Learn to Make Sushi from a Local’ class in the afternoon.

With many booths in the process of butchering their just purchased fish, it shouldn’t be hard to find the perfect one for our rolls. 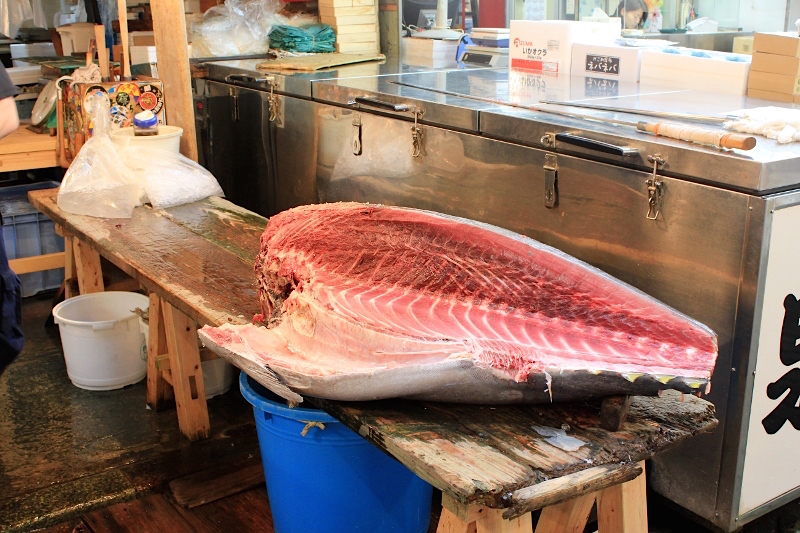 Though the market is a tourist destination, it does not cater to those who are not planning on making a purchase. The professional vendors are there to sell to locals who need a supply for their restaurants or dinner table.

We went through the inner market to start. We quickly learned that following some simple rules would prevent us from getting yelled at, hurt or run over by the electric carts; don’t wear flip flops, give the right of way to anyone doing anything related to work, don’t touch a thing and turn off your flash when taking pictures. Most didn’t mind a few photos, but we were shooed away once (that we were aware of) while watching a huge tuna being expertly sliced. I think we were interfering with his deep concentration.

Pay attention to everything around you — between the speedy electric carts, shop owners and determined shoppers, maneuvering through the market was like a fierce game of Frogger. 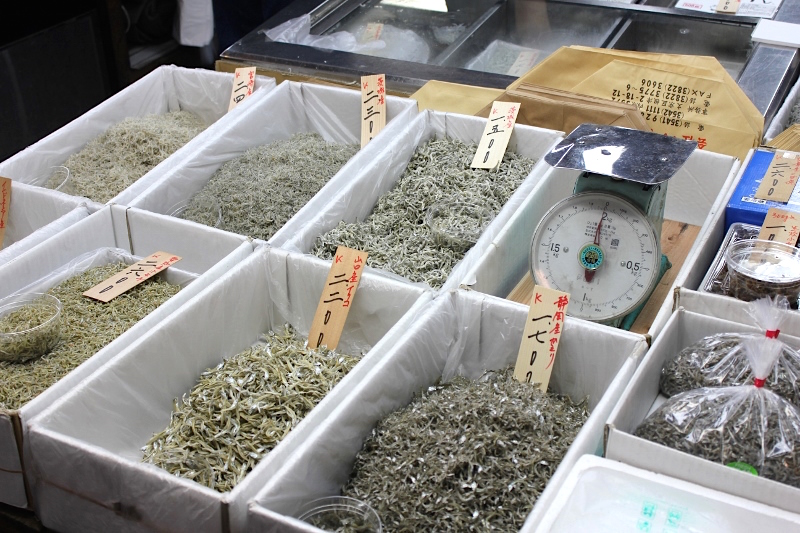 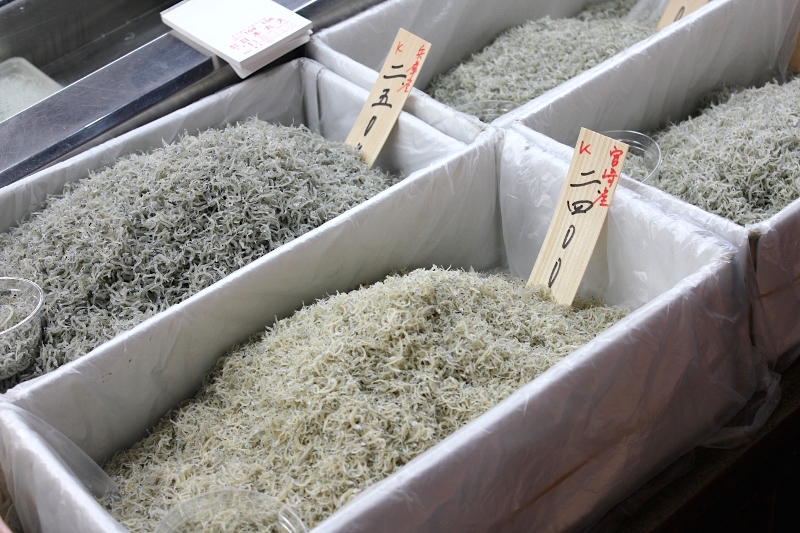 The endless rows of seafood was overwhelming.

As we strolled through, inspecting each shop it was surprisingly smell-free. You would expect that strong, unpleasant fish smell, but the product was so fresh and the market was so clean, it smelled more like the salty ocean than a typical fish market. 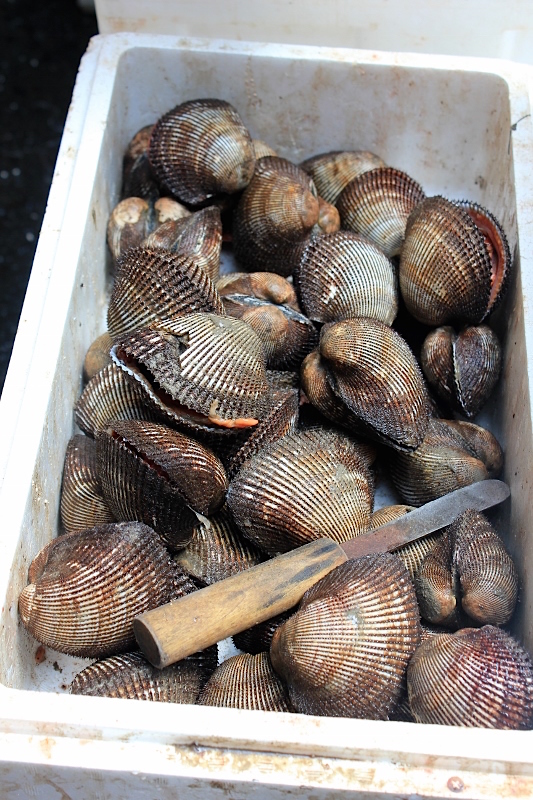 After perusing the countless aisles, our tour guide and future sushi-making teacher, took us to her favorite shop where owner Kusumoto was cutting the ahi he had purchased at the auction a few hours earlier.

Butchering ahi was an art form.

He explained that he made his 62 kilo purchase based on a small slice in the fish’s tail and a tiny piece of flesh that he was allowed to rub between his fingers.

It was all about texture and color. 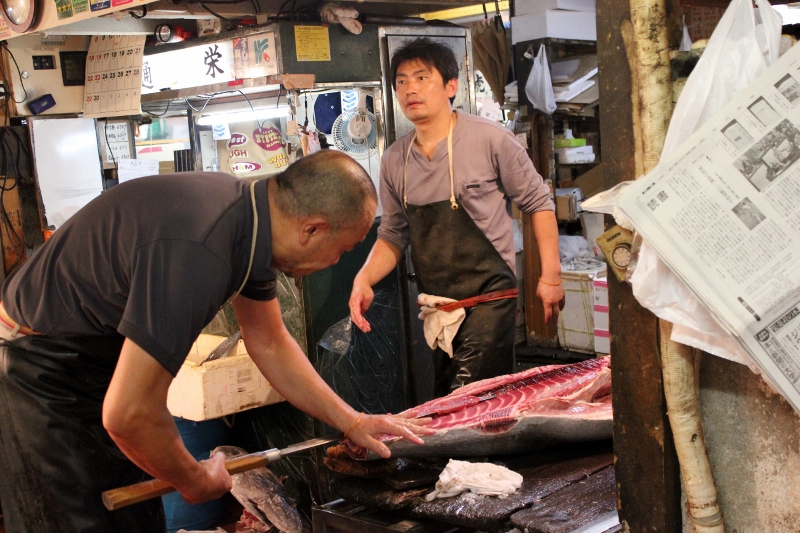 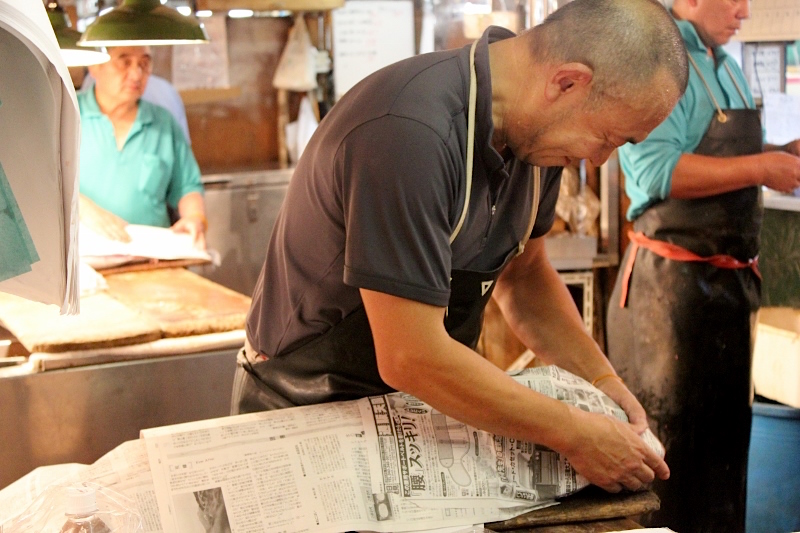 After watching how he accurately cut the tuna to limit waste and boost profit, we picked out a large chunk for ourselves.

A pound of perfectly pink ahi. 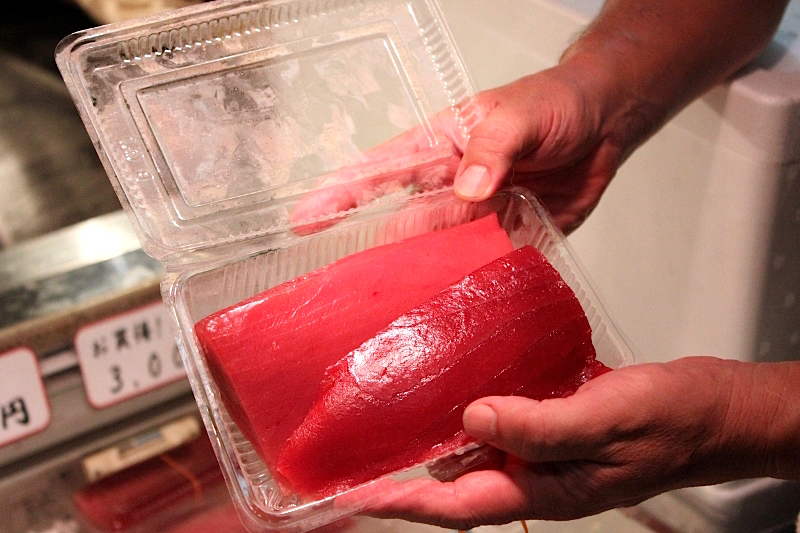 We then left the inner market to venture to the outer where there were many more shops and eateries. Some of the best sushi restaurants are located here and it’s not uncommon to frequent one of them for breakfast.

The outer market was also where we bought other sushi supplies, including real wasabi which would be grated for our future meal. 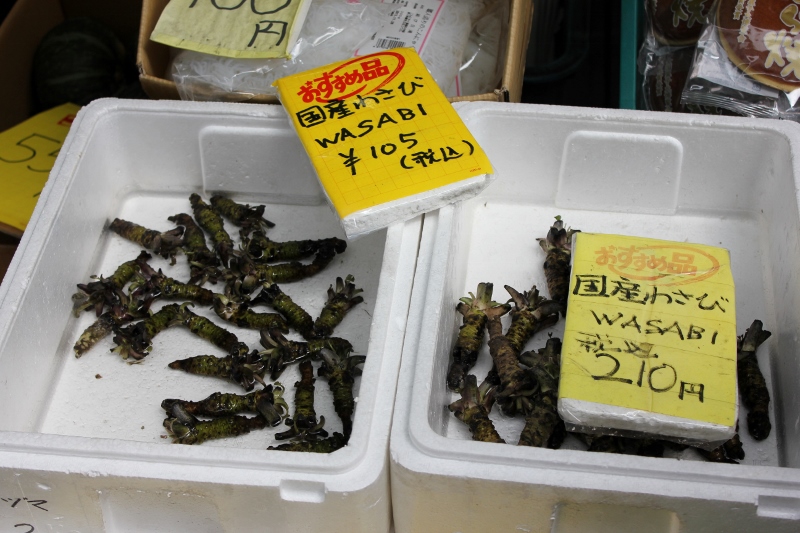 By late morning, we had all the ingredients we needed. After spending hours looking at fish, it was time to eat some.

Before heading to Tsukiji Market make sure to check the website to see if they are open. Also, beware that if you are going to the ahi auction, you will probably be heading over early in the morning before public transportation has even started. So, you’ll need to either drive or take a taxi.