After watching wrestler’s practice at Hakkaku Sumo Stable in Tokyo, I was hungry. Seeing them huff, puff and sweat actually made my stomach growl and what better thing to eat for lunch than Chankonabe, the nutritious stew that the wrestlers dine on as part of their strict diet. They consider it one of the best foods in the world, so it has to be good enough for me. Maybe this meal would give me some muscle.

It was time to bulk up. 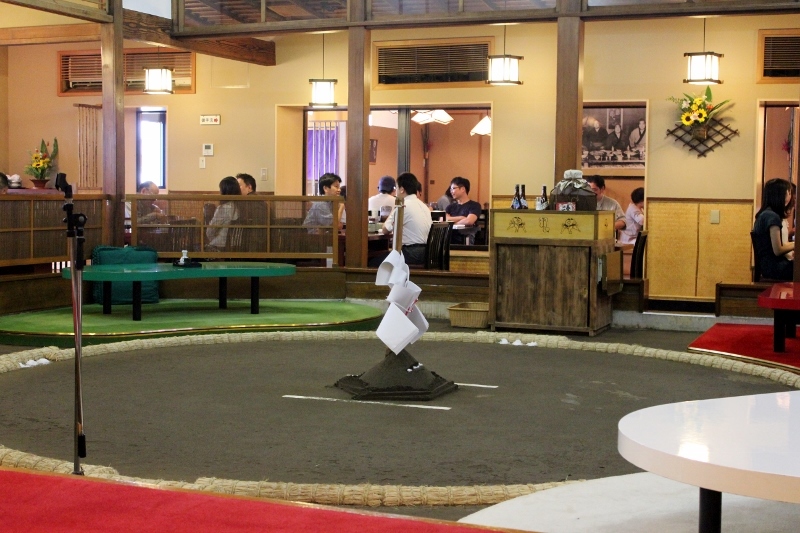 There are many Chankonabe restaurants in Tokyo, conveniently located close to the sumo stables where the wrestlers practice and live.

I chose Yoshiba restaurant as the spot to indulge in my bowl, mostly because this establishment was a former stable itself and features a sumo dohyo (ring) right in the middle of the dining room. Even though women were not allowed inside of the ring, it added to the ambiance.

I’ve never seen that in a restaurant before.

Though there were western style tables with chairs, we opted for the more traditional experience by taking off our shoes and sitting cross legged on the floor. We wanted the authentic food experience.

I foresee leg cramps in my very near future.

Chankonabe is a hearty dish that is relatively healthy, low in fat, high in protein and filled with tons of veggies. Sumo wrestlers eat this stew twice a day as it is filled with protein and nourishment. On the Yoshiba menu there was a choice of three broths; miso, soy or salt. We chose one miso and one soy. 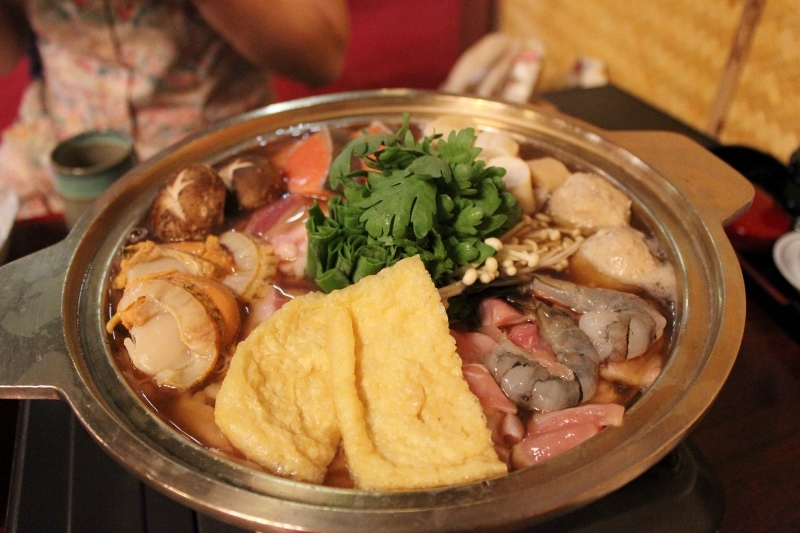 A burner was placed on the table and a large silver pot on top the that, inside was the uncooked Chankonabe. The miso broth base, heated by the flame, was used to cook the hodgepodge of ingredients.

There was a little of everything in there: salmon, chicken, enoki, fried tofu, prawns, scallops, vegetables and even small meatballs. It was lucky to have the chicken in our meal because in sumo wrestling if your hands touch the ground you lose and most animals have four legs, so they are losers a lot…except for the chicken, he has no hands.

Forget the ‘lucky duck’, it was lucky chicken around here.

After about ten minutes of cooking, lunch was served. We ladled enough of the stew to fill four large bowls and still barely made a dent in the pot. 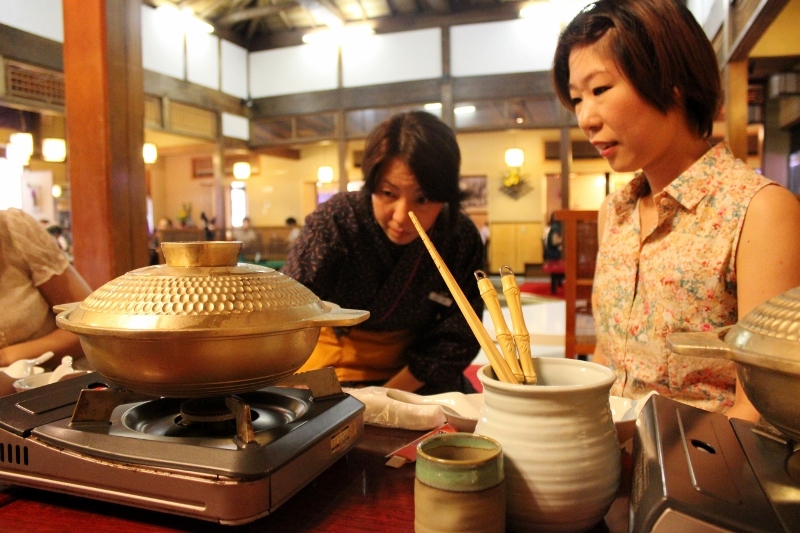 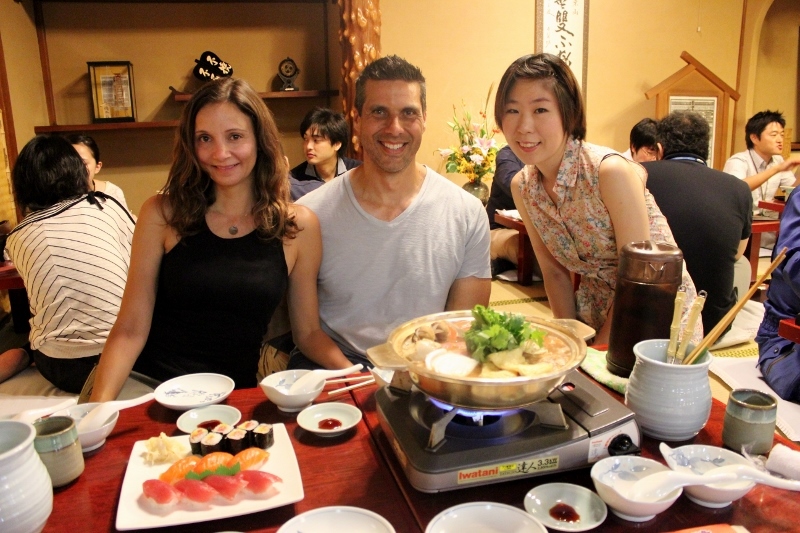 The mild flavor of the broth allowed for each ingredient to shine and the lack of complex flavors gave me the feeling of fresh, simple and healthy eating.

I went in for a second bowl.

There wasn’t a huge difference between the miso and soy broths, but the soy was slightly better. 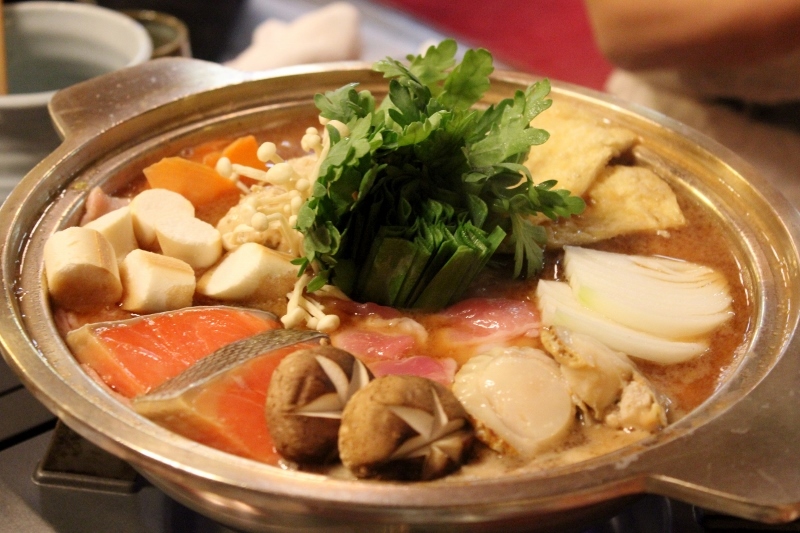 In the end, my belly was beyond full, protruding like a sumo wrestler. I think I’m ready for a match. Or at least to watch one.