Lights, camera, action! Are you ready to have your fifteen minutes of fame? Ok—I may be using the term fame very loosely, but being a movie extra will at least give you a taste of what being on a film set is like. Plus, every background acting job will be different and can transport you into a different world for a day, or two. Perhaps you’ll find yourself as a zombie in a post-apocalyptic paradise somewhere, or to the busy Christmas streets in a cute downtown. Sounds fun, right? Here’s a guide for exactly how to be an extra in a movie. 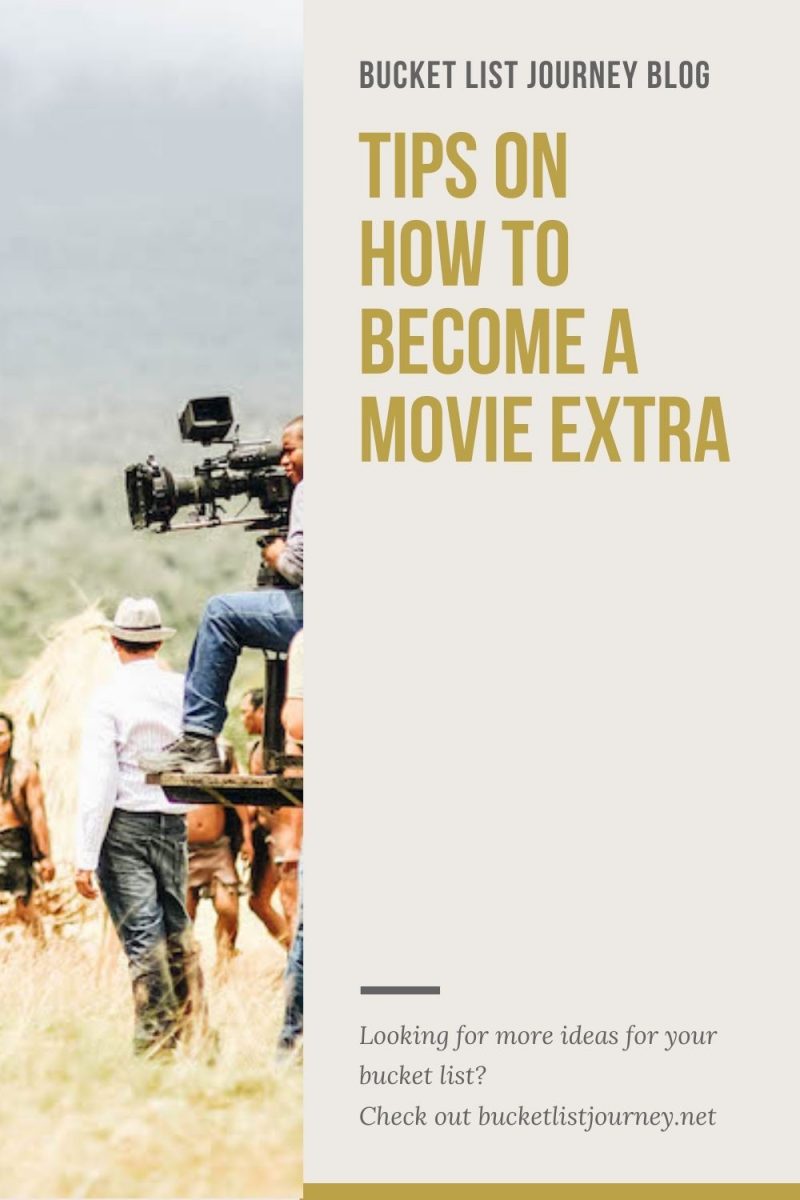 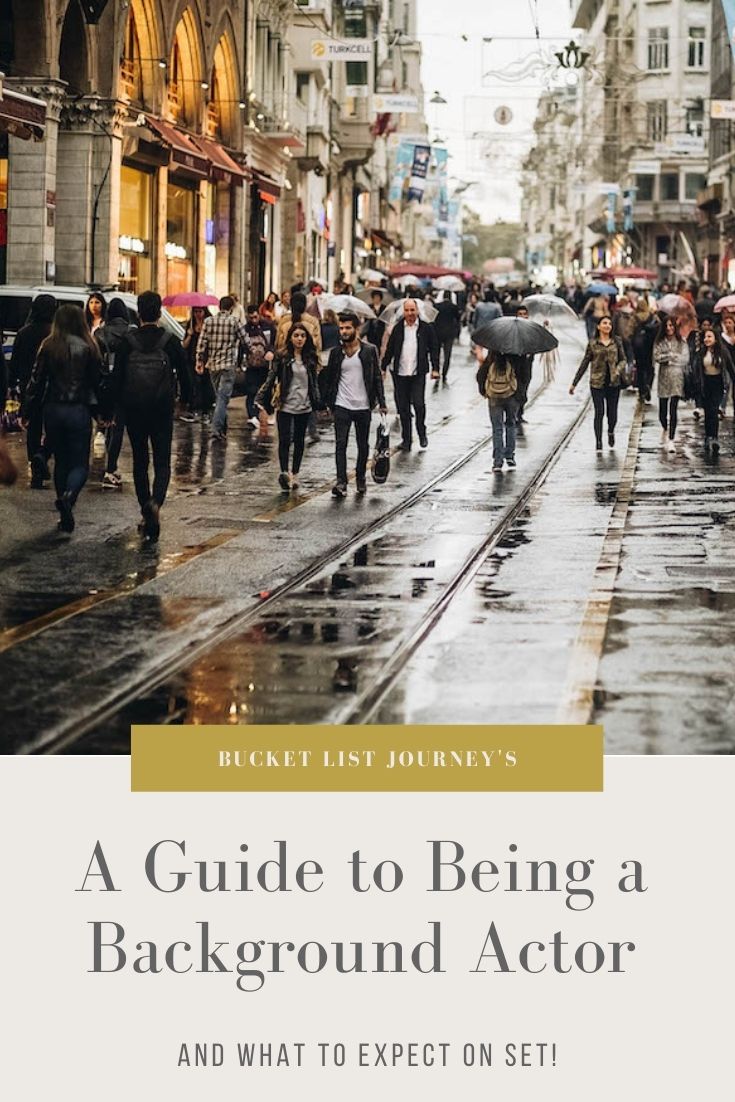 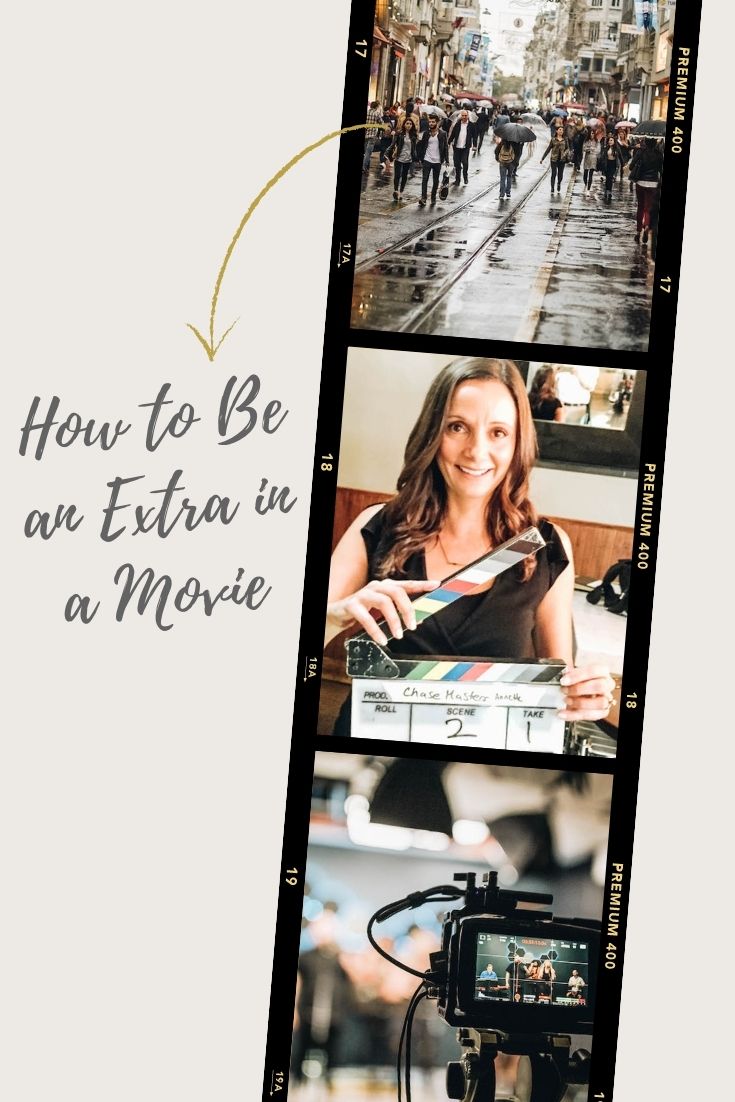 What is a Movie Extra/Background Actor?

A movie extra (also called background talent or background actor) is a person placed in the background of a scene to make it seem more realistic—like diners at a crowded restaurant, shoppers at a mall or fans at a concert. More often than not a background actor doesn’t have any memorized lines to speak, nor is any acting skill required, though the requirements will be  different for every movie and for every scene. Plus, the director may change direction on a whim, so you’ll need to be okay with expecting the unexpected! Don’t be surprised if they pull you out of the crowd to become the happy dancer at a sports game or to be the one to wave down a taxi on a busy street.

Depending on the size, scene and budget of the film, it can be a small group of extras that are on set with you or it can be hundreds. Some will doll you up in hair, makeup and costume—especially if it’s a historical period flick—while many will just send over clothing guidelines and have you show up in your own attire following those rules.

It’s a bonus that there might be a chance to meet a famous Hollywood star! Plus, if you’re lucky, you might have a shot in the final film where you can be seen on the big screen. You can actually see the top of my head in the Bollywood movie My Name is Khan and my left arm in So I Married an Axe Murderer (don’t be jealous!). 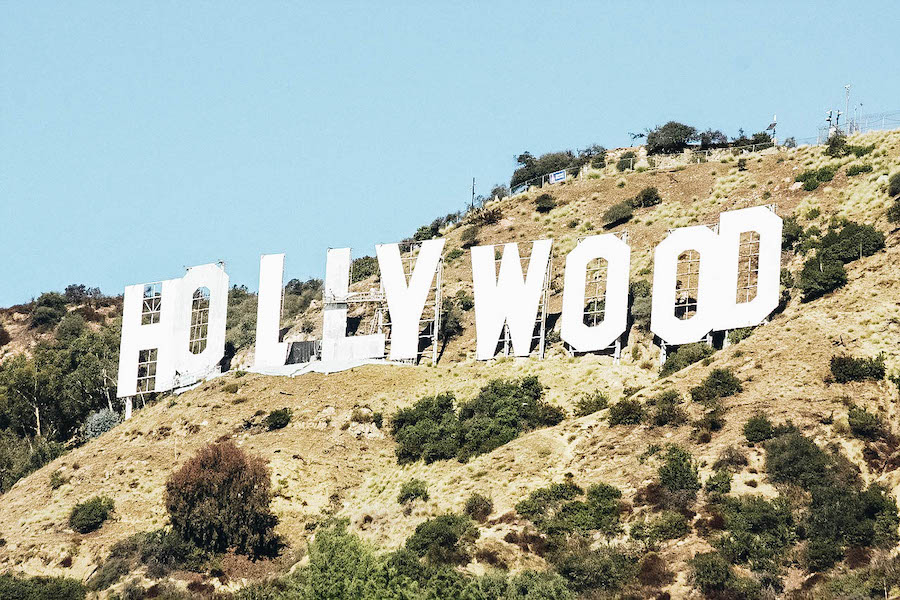 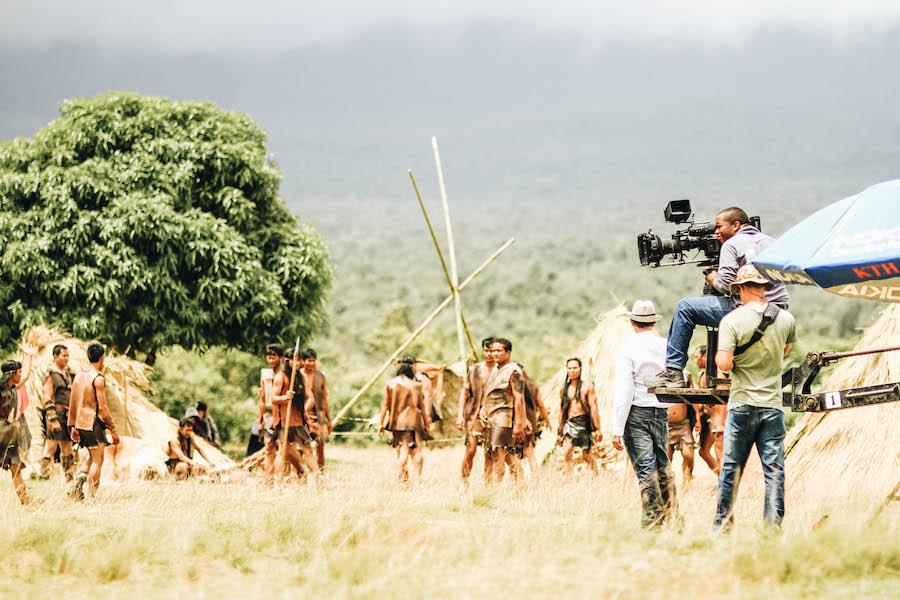 How to Find Movie Extra Jobs

You don’t need any experience to become background talent, but you should have a decent headshot and some persistence. It’s definitely not like the old days when you would look in the want-ads of a newspaper or Variety magazine to find a casting call. Though sometimes you will be required to register in person, now the internet is also full of places that you can sign up with without even leaving your house.

Here are some tips that will get you started.

There are lots of online sites that list available acting and extra work. These sites are not actually the ones who do the hiring, they are job boards who allow the casting agencies, producers or production companies to post their current jobs. Think of them like the Indeed job platform, but just for performance artists. Here are some of the top online casting job boards:

Note: some of these sites will charge you a small fee to join and use their service (since they’ve done all the work to gather the jobs in one place). You’ll need to determine if that fee is worth the access to their listings. Be optimistically cautious! With that said, a company doing the hiring for extras should never charge you money to be in their movie—they should be paying you!

Casting agencies are the ones who assist the production companies in finding the actors that they need—and they always keep a database of talent. Find the ones closet to you by Googling “casting agent in XYZ”. Do your research! Find out which ones work with movie extras and register with all the reputable ones. Take note that it’s common for some to charge a small fee (typically under $30) to process your paperwork, but beware of them wanting lots of extra money for professional headshots or acting classes.

Pop into your local City Hall or tourism board and ask if they know of any future film productions. They would know because a production company needs to sign permits if they film in a public place, plus they might contact the tourism board in advance for shooting location suggestions.

It’s worth a shot to do a simple Google search for extra work in a major nearby city or county. Try these terms:

If you don’t find an extra job immediately, don’t be discouraged. Just remember that almost every movie needs background talent! Plus, you don’t have to be limited to being hired for just film work, you can also be employed for things like television shows or commercials. 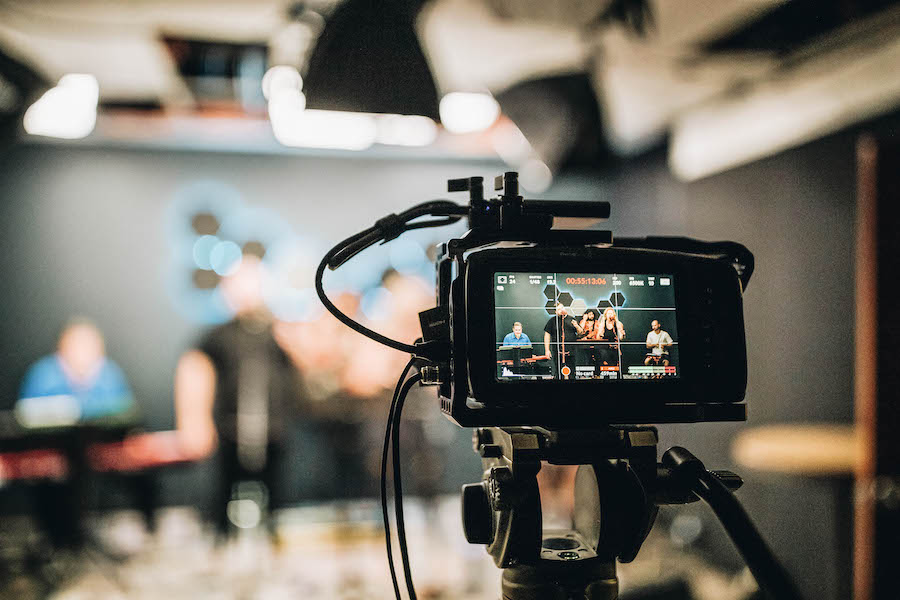 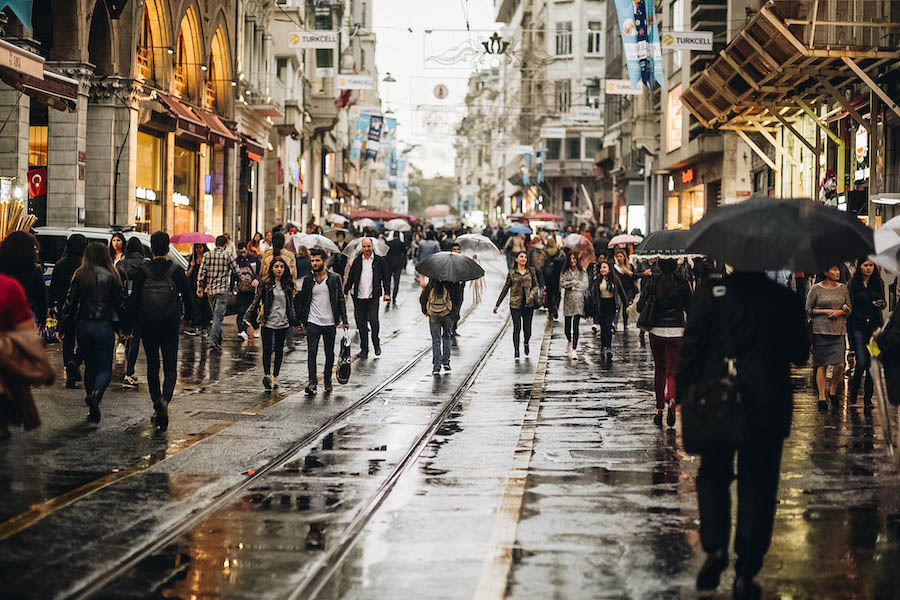 How Much Do Extras Get Paid?

Here’s the best part of being an extra in my opinion—it comes with a check at the end of the day. You can actually earn money checking something off your bucket list!  Typically, the total earnings for one day on set will range from $100 to $200 depending on what you did. The amount may be more if you do something extra, such as multiple background actor bits. How to spend that hard earned check is all up to you, but why not consider framing it instead?

SAG-AFTRA has a a great resource called The Background Actors Digest that you can find here. It talks a lot about contracts, rates and employment.

What to Expect on the Set?

So you finally got yourself cast as an extra, now what can you expect? Here’s a typical day on set: 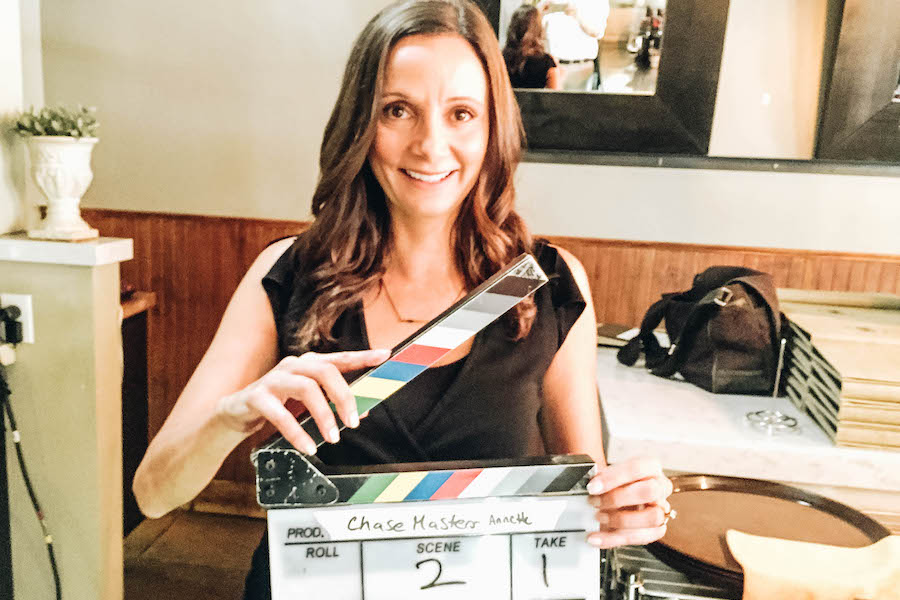 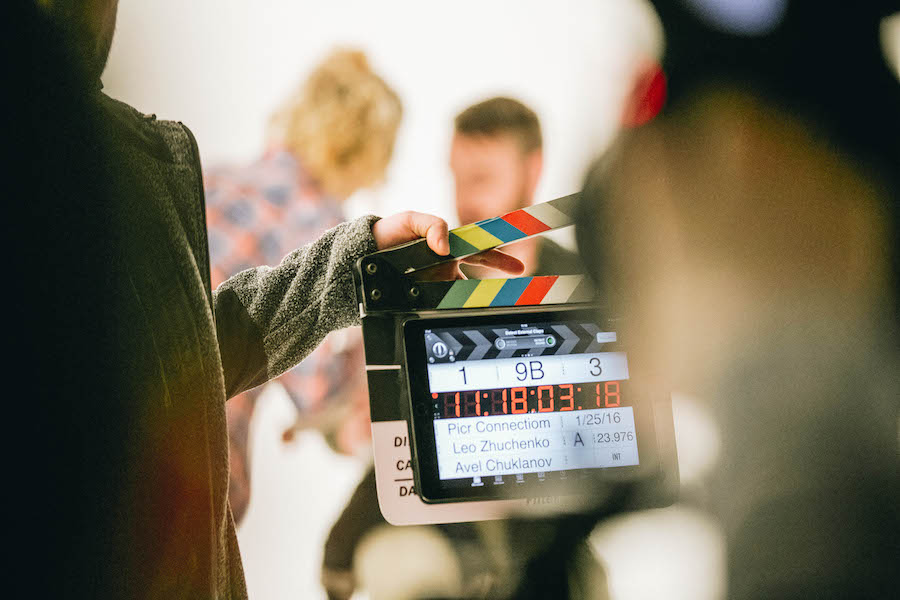 My Experience as a Movie Extra (FYI: It Ain’t Glamorous)

I considered it super lucky when a coworker of my friend told us that the movie “My Name is Khan” was shooting in Sonoma County, California and needed extras. All we had to do was send a photo to the casting agent and being a movie extra would become a reality. The scene they were going to be filming was an outdoor memorial scene, so we were told to wear dull, muted clothing that would be appropriate for spring.

Here’s the rundown of our Being a Movie Extra experience:

6:00 PM: Call time. Meet at the Healdsburg High School gym & check in. Sit & wait.
8:30 PM: We are shuttled in buses to the set (about 100 people). Stand & wait. Being a movie extra is a lot about waiting.
10:00 PM: They start picking out extras from the crowd and randomly placing them in scenes. My friends and I were given candles (I got a flag too!) and put in the middle of a huge group of people. I was excited that at least I was going to be an extra, but a little disappointed that I would never be seen on the big screen in the mist of this crowd. But then, a Christmas miracle happened, the two main stars of the film (Shahrukh Khan & Kajol) were put right in front of me! I was actually afraid I might burn Kajol’s (the leading lady) hair with my candle. They shot a short scene where they were praying as we all watched the memorial. This 30 minutes was the highlight of the whole experience & my only hope of being seen in the movie. 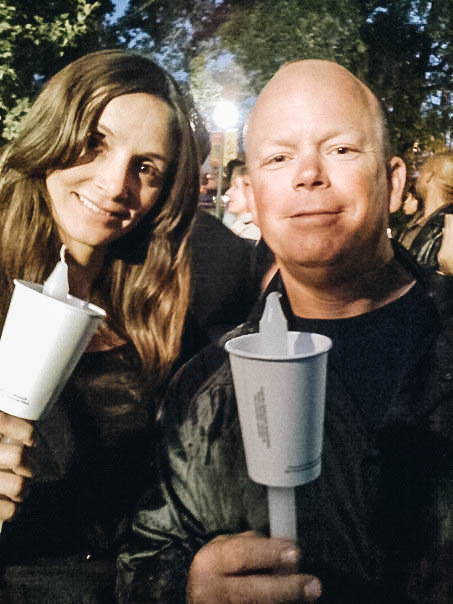 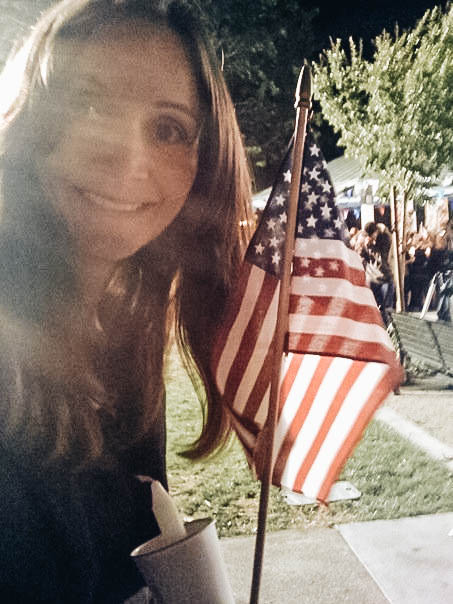 12:30 AM: By this time everyone was close to frozen, I swear my toes were going to fall off. But, “lunch” was served & I was hoping warm food would warm my tootsies. They had two stations setup for food, one was American & the other Indian. I headed for the American station first; bland broccoli, over peppered mashed potatoes & overcooked chicken…mmmm! Have no clue what the Indian food was, but it was much tastier. I tried to stand in line to get some hot tea, but lost interest after 15 minutes.
1:30 AM: Cold, tired & crabby, this is way past my bedtime! Sitting & waiting. Being a Movie extra is tiring.
2:00 AM: Another scene in a crowd with candles, but no movie stars next to us!
2:30 AM: “It’s a Wrap”, YEA!!!
2:45 AM: Shuttled back the the gym for check out.
3:15 AM: Leave for home
4:00 AM: Arrive home after a long night of being a movie extra. Sleepy time.
6 Months Later: My movie debut, and you can see the top of my head in the memorial scene!
Boy, this being a movie extra experience would have been a whole lot better if it ended about 4 hours earlier!

For some being background talent is a dream job to have. You might have the opportunity to step back in time 50 years, or 100 years into the future. You might also get to play dress-up in clothes from a different era or country. Then again, you might be in a really gross zombie movie that has to eat weird food and people. The possibilities are endless!

But for others, it might be a very dull experience with all the waiting and countless retakes of scenes. You will never know which person you are until you try.

This post may contain affiliate links. If you make a purchase through my links, I earn a commission that helps to keep this blog running—at no extra cost to you. You can read my full disclosure here.

The 10 Best Adult Paint by Numbers Kits (+ Tips to Complete Them)
How (and Why) to Write a Letter to Your Future Self
Giving Blood: What to Expect & 5 Benefits of Donating
Best 1000 Piece Jigsaw Puzzles for Adults (& Tips to Complete One)
How to Get Ordained Online: 5 Easy Steps to Ordination
How to Write a Haiku Poem (with 15 Examples)
The Perfect Bra Fitting: How & Where to Get Fitted
Indoor Skydive Experience: Weightlessness in a Wind Tunnel
Eating Out Alone: Tips for Dining Solo at a Restaurant