Phew…It’s finally here. After countless hours of obsessive research, I will be touching down in London on Monday and of course I have a travel plan, a 4 day London itinerary. I think it’s a good one. If nothing else, it is overloaded with new experiences, an obscene amount of food and plenty of bucket list checks.

With only four days of travel in this attraction-loaded city, I have jam-packed as much as possible. Are all of you non-planning travelers gasping at this strict London itinerary? Don’t worry, these plans are not set in stone. Spontaneous fun is welcome. I’m flexible.

Day 1 –  Kensington & Chelsea
We arrive in the early afternoon at the 5-star Royal Garden Hotel in Kensington, who is graciously sponsoring my stay in London. After the quickest nap, we will be heading to Windsor Castle Pub for my very first London pint…or two. Once the beer buzz is in full force, it’s off to Kensington Palace to hopefully get a glimpse of a prince. Then a stroll through Hyde Park and around Serpentine lake.

By this time, my stomach is sure to be growling and the upscale Harrods Food Hall will surely tame the beast in my belly. And possibly burn a hole in my pocket.

Then it’s a stroll around Chelsea with hopes of identifying unique plants at Chelsea Physic Garden and visiting the Chelsea Old Church. Dinner (the Food Hall was just a snack) will be at The Orange Public House, where the lamb rump and beef cheeks sound right up my alley. 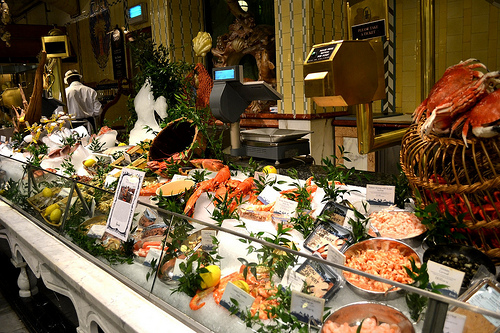 Day 2 – Southbank
Day two on the 4 day London itinerary is centered around the Southbank, starting with being frightened at the London Dungeon. After being scared by stories of Jack the Ripper, we will head to Borough Market to peruse the booths and have lunch at the deliciously British, Roast. Then its more walking, heading West, along the bank. A tour of Clink Prison Museum, OXO Towers and Southbank Center will happen all before taking an enchanting boat ride along the Thames. To cap off the tourist attraction infested evening, we will be taking a sunset whirl on the London Eye. Can I sneak on a bottle of champagne?

I’m hungry by now, and the smoked Haddock fishcake at Laughing Gravy will fit the bill. What the heck is haddock? Or a fishcake? 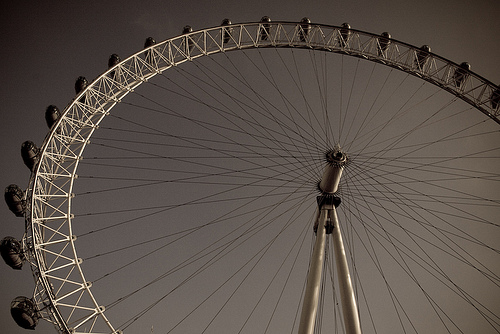 Day 3 – Westminster, Covent Garden & Soho
Waking up early will be a must on day three, in order to get front-row standing for the changing of the guards at Buckingham Palace. Will anyone try to make the guards laugh? We will be hanging in the Westminster area for a few hours touring all the biggies; Buckingham, Trafalgar Square, Big Ben, etc.

Mother Mash will be dishing us up a late lunch of cheddar mash with beef, guinness and farmer’s gravy. Digesting this deliciousness will take place at Foyles, the famous five-story bookstore. With over 200,000 titles there must be hefty food and travel sections. From there we will just be strolling through Covent Garden & Soho until dinner. Speaking of supper, it will be the pre-theater menu at Arbutus, even though we will not be going to the theater. Instead, after-dinner drinks will be had at the speakeasy, Experimental Cocktail. I just hope I’m cool enough to get in. 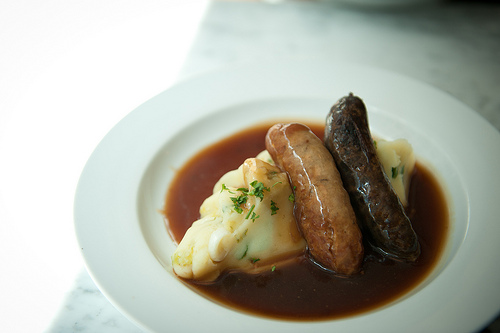 Day 4 – The City
Day four of the London itinerary is all about the food. Well, really, that’s everyday. But, today is really just about an eating and drinking frenzy. Here’s the rundown; a lunch at Ramsey’s Bread Street Kitchen that includes octopus carpaccio, a traditional Afternoon Tea at Royal Garden, dinner at Jamie Oliver’s Barbecoa where we will gorge ourselves on a bunch of meat and after-supper drinks at one of Anthony Bourdain’s favorites, St. John Bar. If Jamie or Gordon could please be at your restaurants when we are there, that would be a serious bonus. 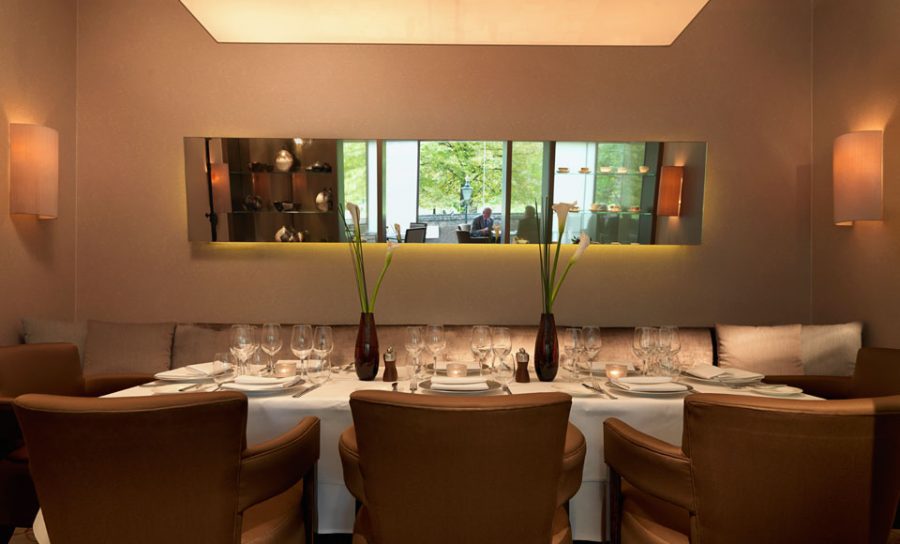 Day 5…Off to Barcelona for Spanish Pintxos and paella…

In between all this, I have serious hopes of meeting my London-based readers for drinks. Let’s say, Thursday night at St. John? Get in touch.

How would you spend four days in London?

Disclosure: Sponsors for this trip include, London & Partners, Royal Garden Hotel and London Eye, but all the words I write come straight from my, sometimes distorted, mind. Just as it should be.