Hunt for a Rock Star in Jerome, Arizona

After hitting up Sedona, the first stop on my solo Northern Arizona road trip, I drove the winding 28 miles to the tippy top of Cleopatra Hill to the quaint town of Jerome, Arizona. Truth be told, even though its charm attracts thousands of tourists, I was there for only one reason, to track down a rock star.

The streets of Jerome, Arizona are narrow and lined with unique shops worthy of more than just a peek. I easily found parking, with a view, and started peeking. 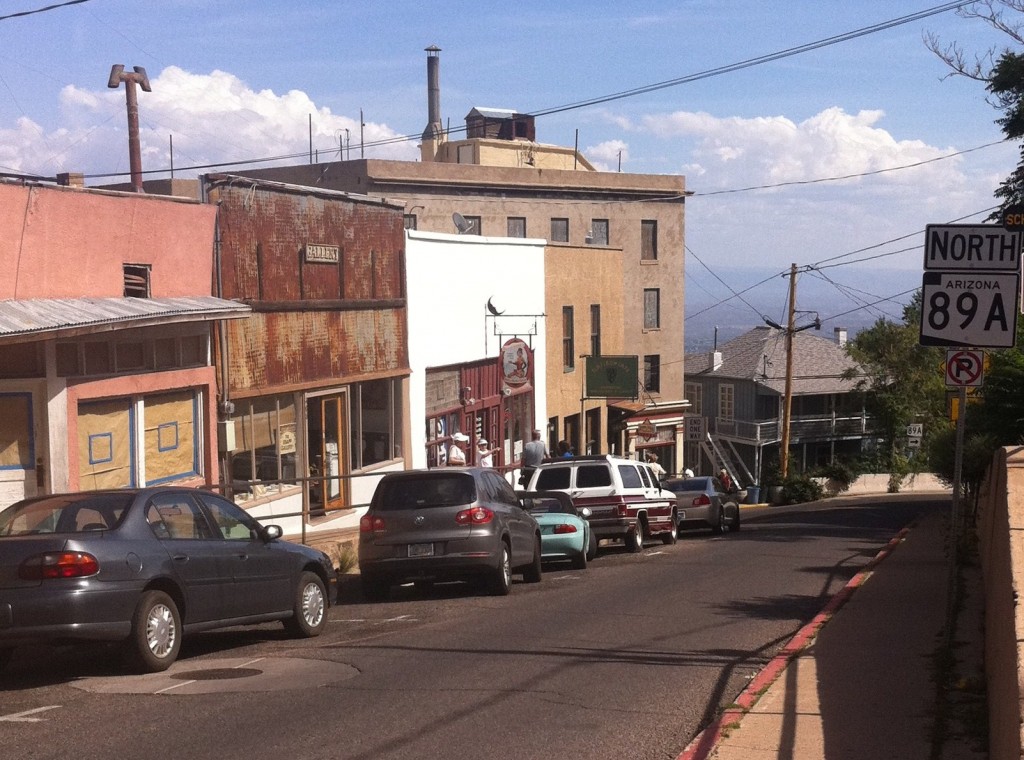 Many stores were housed in these buildings reminiscent of an old Bordello. I was charmed by the clothes hanging on the porch. 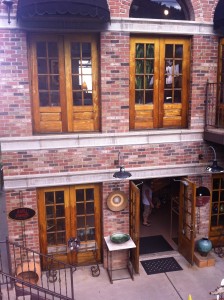 I had to refrain from purchasing this ceramic pig made by a local Jerome, Arizona street artist. Though tempting, I was on a mission that didn’t involve a swine. Besides, I couldn’t imagine it fitting in the planes overhead bin. 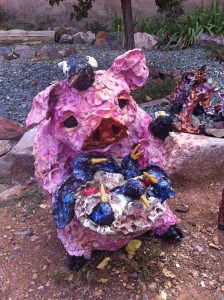 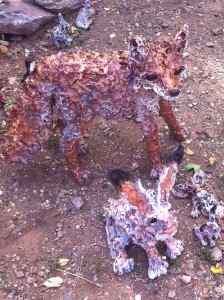 I passed the House of Joy and backtracked because I wanted some. The store is housed in a building that once did business as a brothel. Was this pig a representation of this? Hmmm. And the inside of the shop was loaded with whimsical knick knacks; capes, vintage jazz posters, World War artifacts, burlesque-style attire, etc. 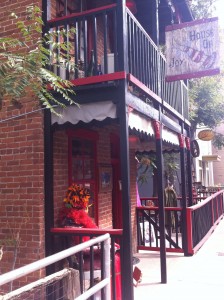 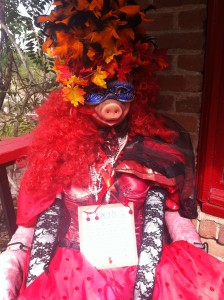 Even the exterior of The House of Joy was decked out. Its “No Trespassing” yard was decorated in a hodge podge of…stuff. Fire hydrants, stoplights, antique glassware, pottery, etc. 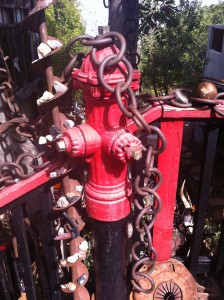 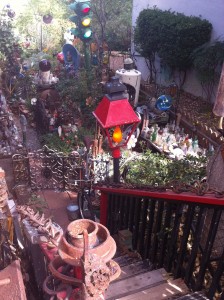 Finally, I ended up at Caduceus Cellars/Merkin Vinyards tasting roomin the downtown of Jerome, Arizona, where I hoped to stalk Maynard James Keenan from the band Tool. Not only is he a rock star, he makes wine too.

I had visions of him working the tasting counter, pouring me a little sip of red and explaining the importance of wine breathing. Heck, maybe he would even be belting out a song from the Lateralus CD.

Turns out, the closest I got to Maynard was this very cool poster. 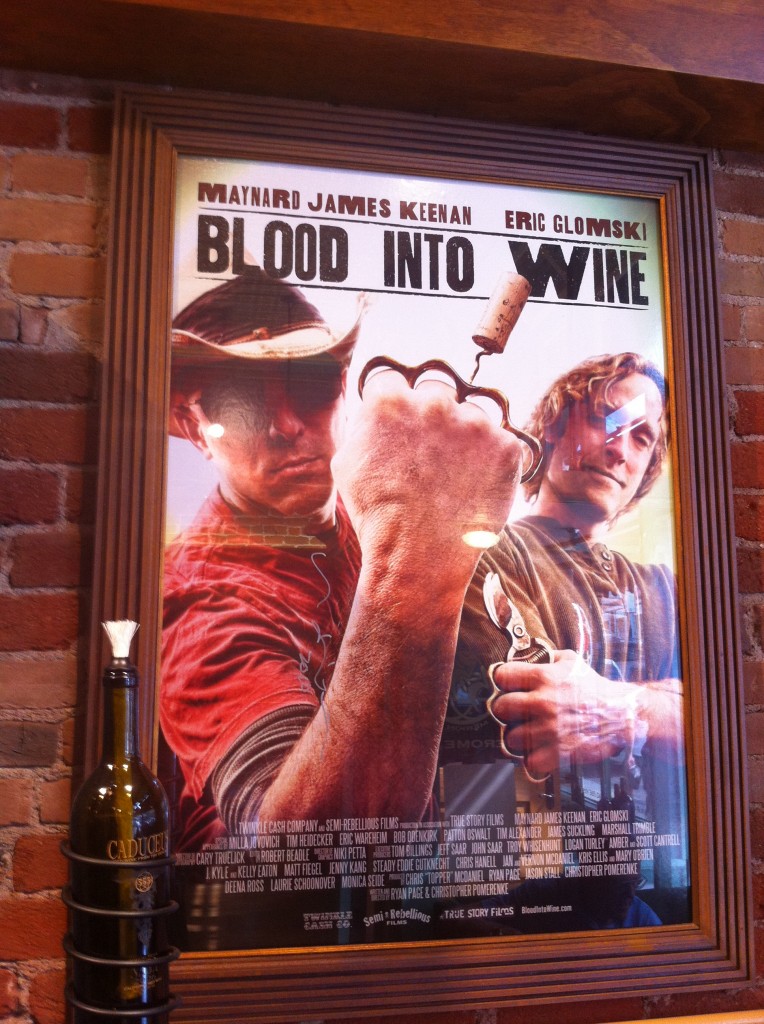 At least there was wine. 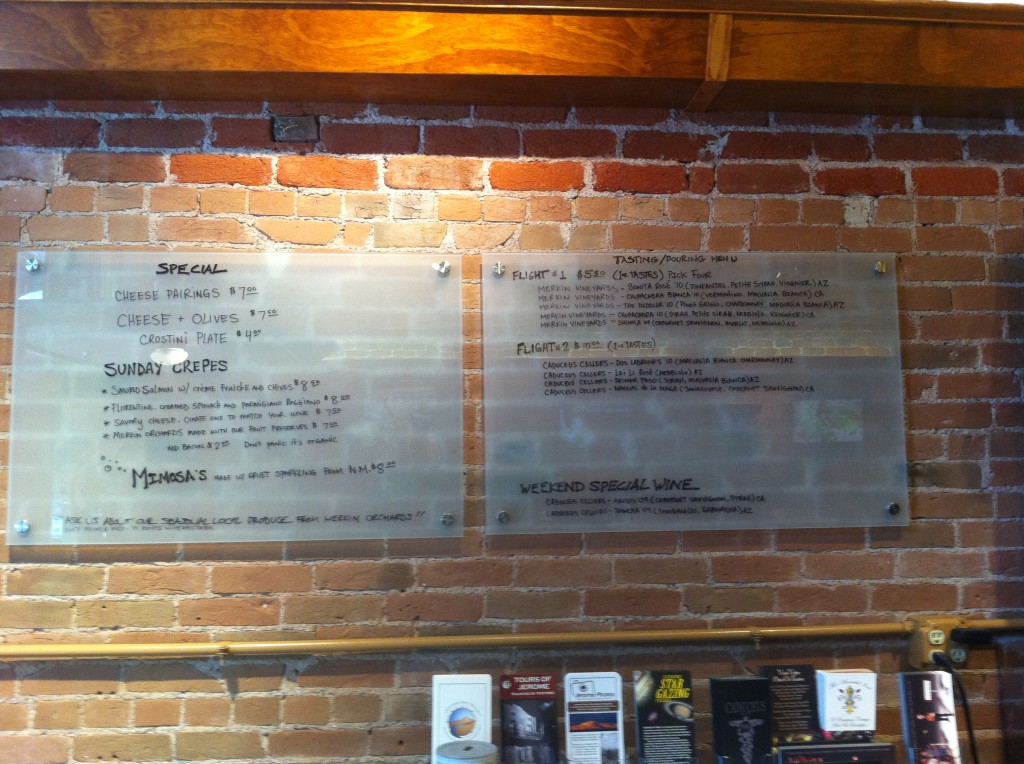 After a fruitless rock star hunt, it was time to leave the cute town of Jerome, Arizona. Even though my search came up empty, spending a few hours here was worth the trek. 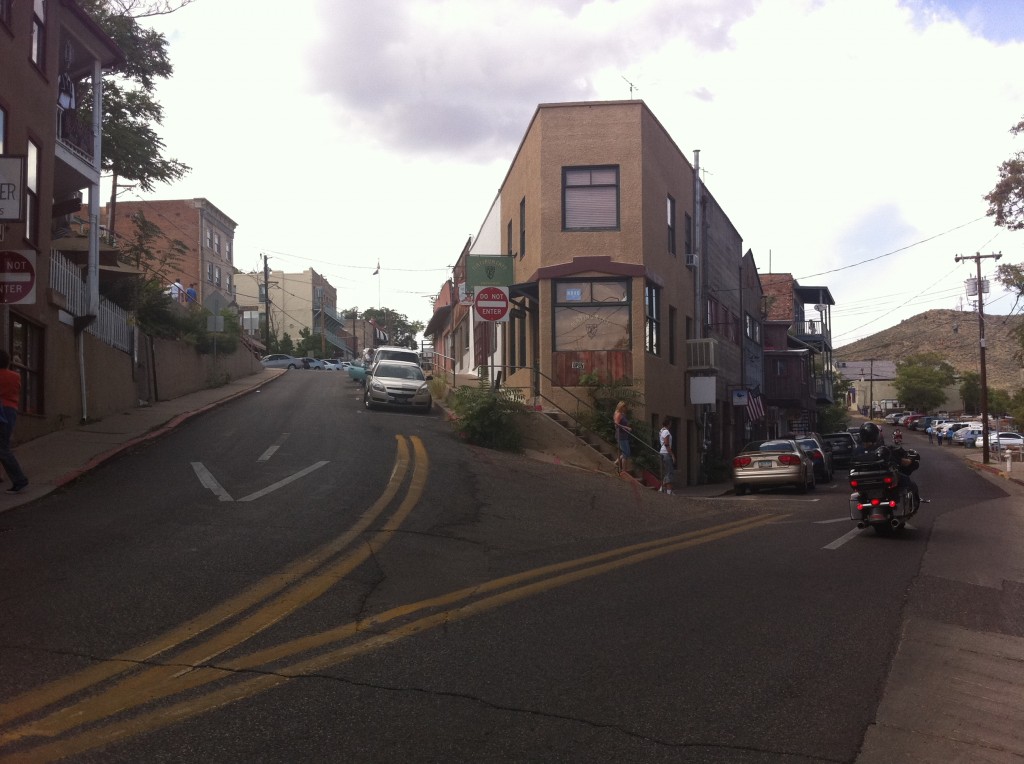 Have you ever tried to hunt down someone famous? Have you been to Jerome, Arizona?