I arrived to Norway in the middle of winter, snow was on the ground and and the weather was bitter cold, with temperatures in the 20s — quite chilly for this Northern California girl. The temperatures were perfectly fine in the cozy confines of the Hurtigruten ship that I was cruising on for the week, but posed a chilling problem with the outdoor excursions everyday. I had learned my lesson on the first adventurous outing, dogsledding in Tromsø.

Toe warmers are a must.

Though the locals claimed that there is no such thing as cold weather just bad clothing, I bundled up the next time I ventured outdoors, this time for a snow hiking excursion. I had three layers of clothing on, plus a scarf wrapped tightly around my neck, a wool hat firmly placed on my head and heated toe warmers that had a life span of five hours. I practically had to waddle off the Hurtigruten boat. I may have barely been able to walk, but there was not a chance that I would be cold in the frigid Norwegian winter.

Though, snow hiking may be tricky with this many layers. 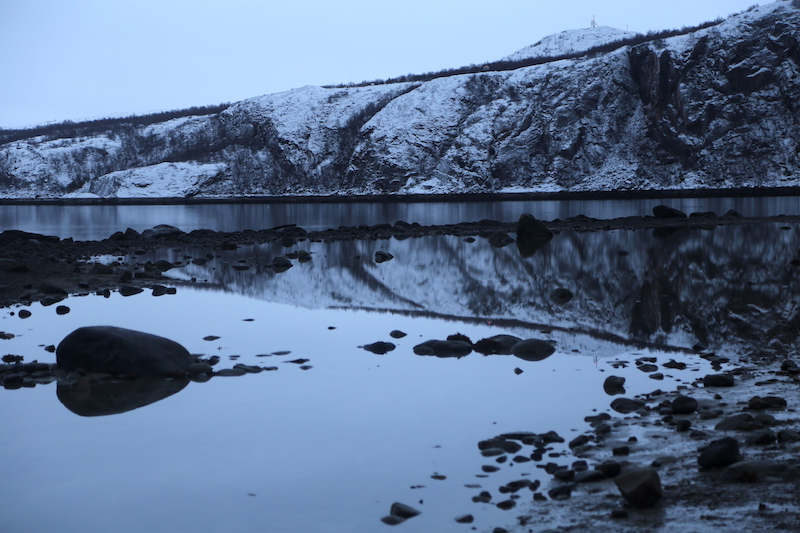 The snow hiking excursion was a two-hour trek along the Prestoya trail in Kirkenes, with the Hurtigruten ship’s expedition team. Kirkenes, a town with a population of only 5,000, is situated just 15km from the Russian border.

So close that the street sign was in Russian. 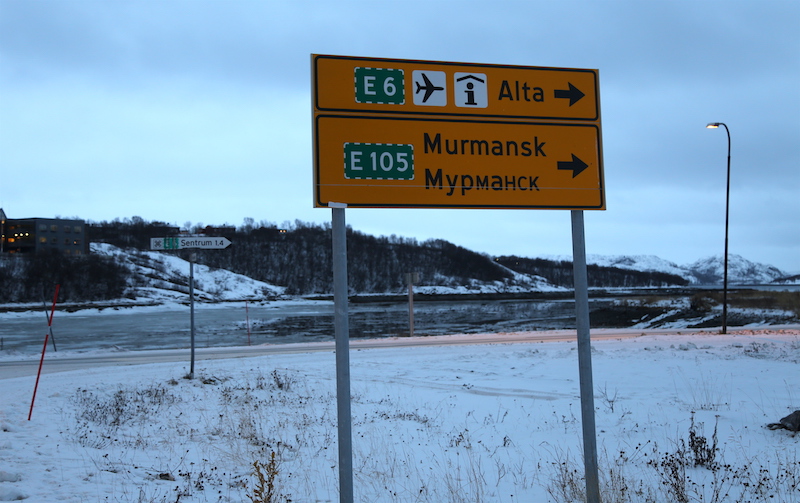 It’s a small quiet city, where you can sleep in a snow hotel, fish for king crab or enjoy the scenery hiking along the mountains, getting a glimpse of a different country across the Pasvikelva river.

I had hiked many times before, but never in the snow…and never wearing 20 pounds (possible a slight exaggeration) of clothing.

This would be a challenge. 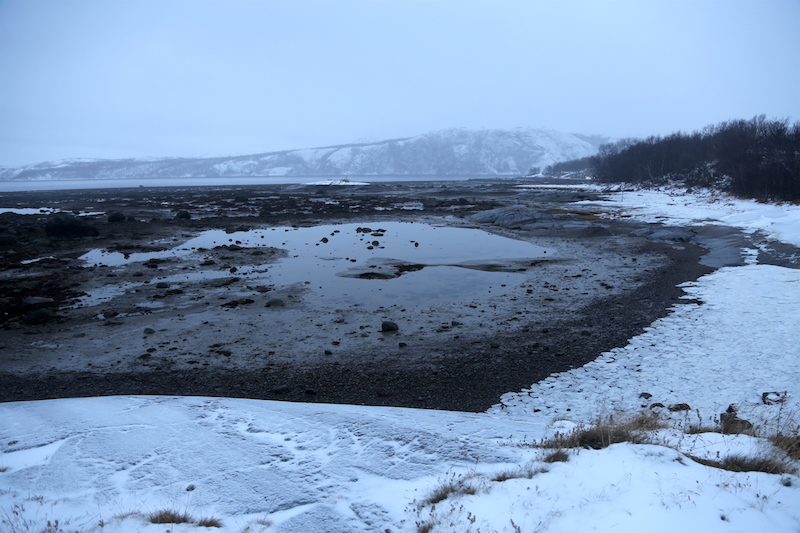 As we began, I was not sure what was more of a hindrance; my clothing or the snowy incline. But, as the hike continued a weird thing happened. 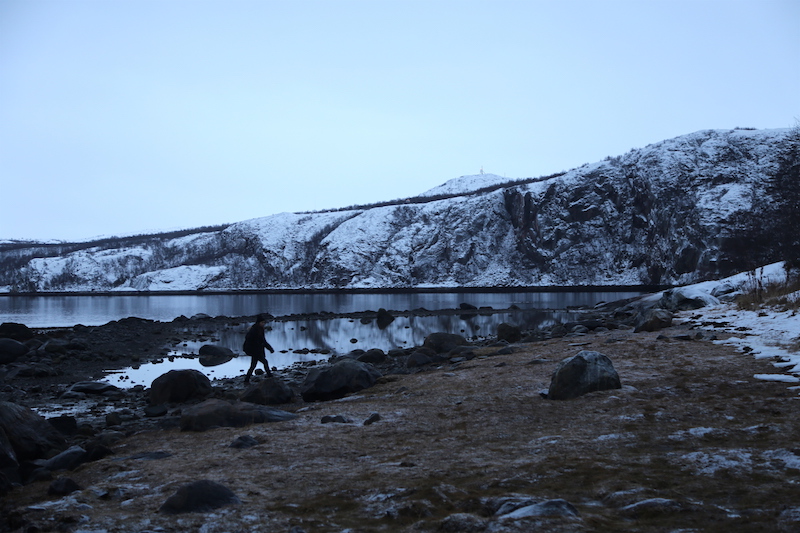 By the time we reached a small hut where yummy hot chocolate was served, I was ready to shed some clothes. I took off my scarf and hat, then unzipped my jacket. That gave me relief for approximately five minutes until I got cold again.

It was a vicious cycle. 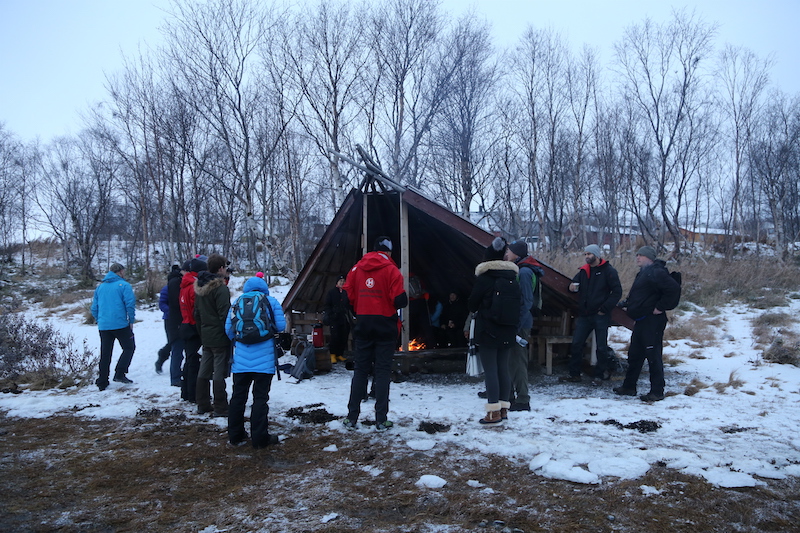 Despite my body temperature issues, the incredible scenery along this hike was worth every step.

After the semi-success of my first snow hike, I signed up for another. I was a little better prepared for the “Into the Ice” trek in Hammerfest, a place that is said to be the northernmost town in the world. I stilled bundled up, but left the snow pants on the ship.

This next expedition was meant as a taste of the polar excursions of Adolf Henrik Lindstom, an impressive explorer (and chef) who was from Hammerfest. He was a part of three of the most famous polar expeditions that led to Norway’s status as a polar nation. 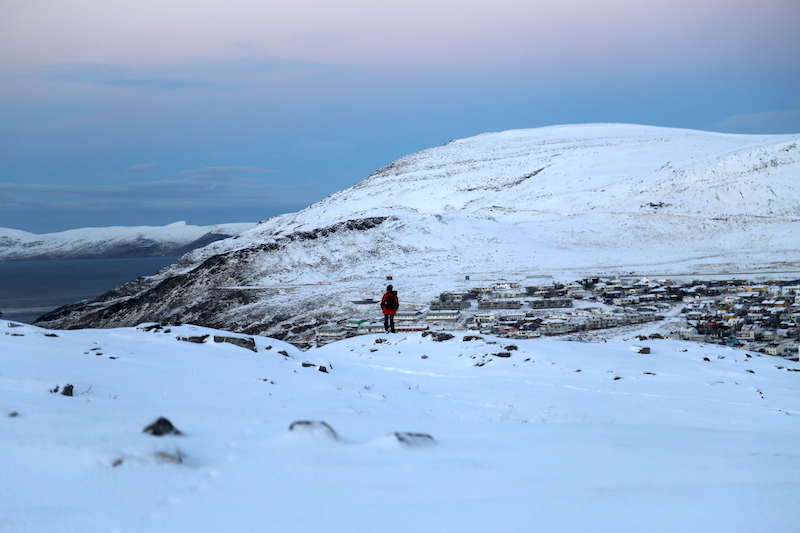 We were outfitted with Arctic expedition outfits; a white overcoat reminiscent of a lab jacket, googles, a warm ear-flapped hat and heavy gloves.

It was an interesting fashion statement. 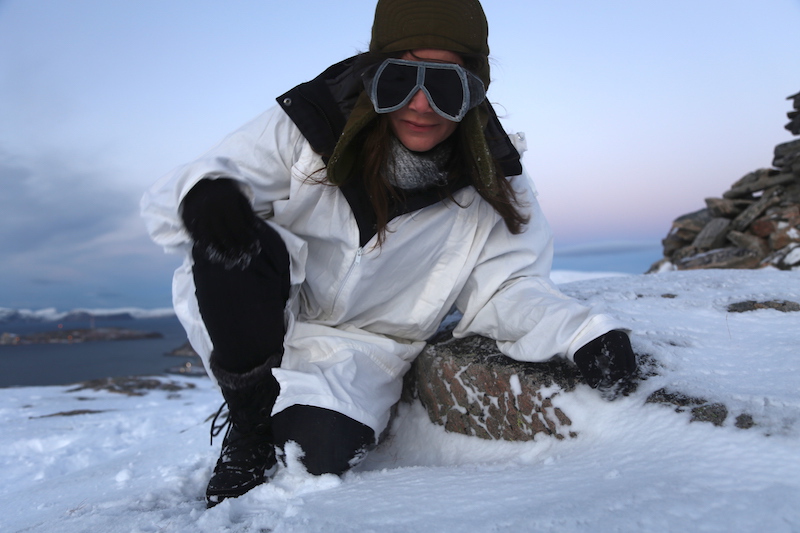 A small group of us began the hike of Mount Salen, led by the guide who was carrying a Norwegian flag to plant on the summit. As we climbed, she told stories of polar expeditioners and their extraordinary crusades. I was out of breath on this short hike (uphill, mind you), it was unimaginable to think about how many of much more difficult expeditions like these that they had completed. 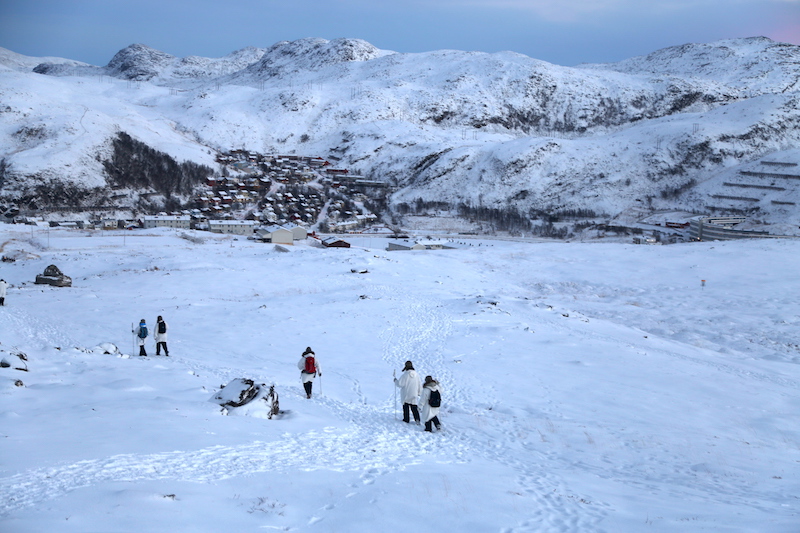 When we reached the peak of Mount Salen, we were rewarded with a panoramic view featuring Soroysundet sound.

Our Hurtigruten ship in the foreground. 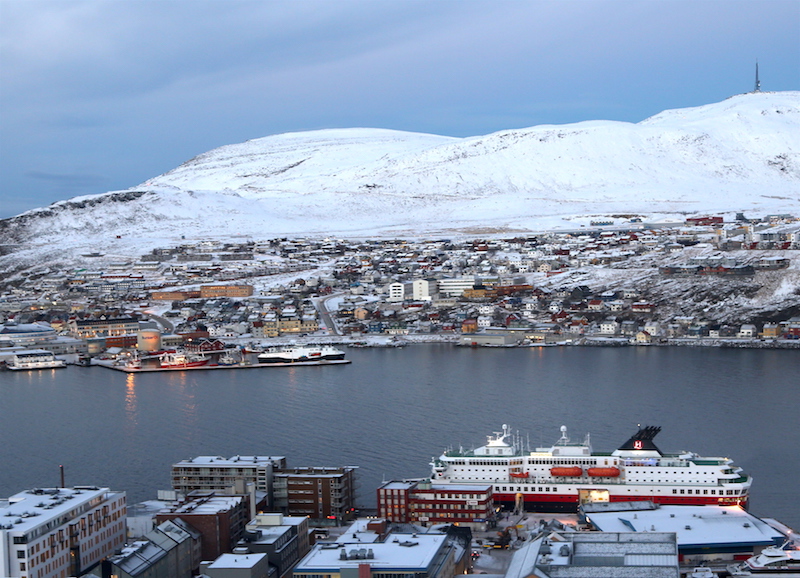 We symbolically waved our Norwegian flag at the top. We had made it. 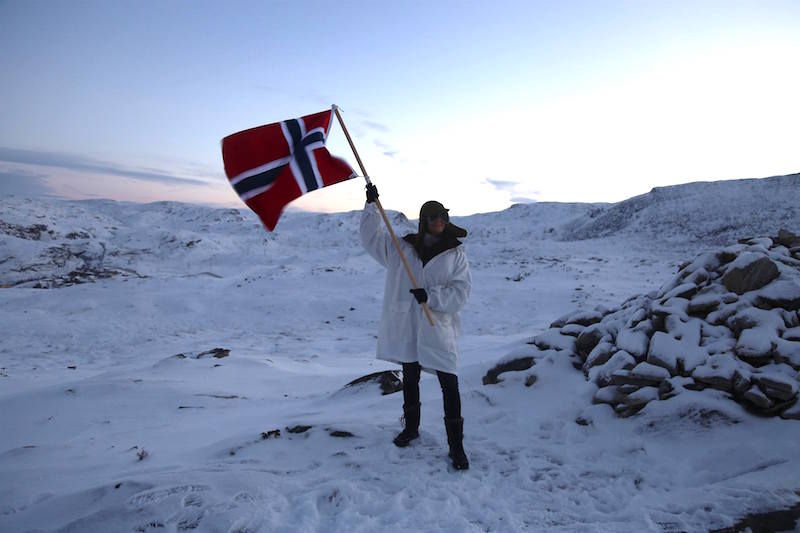 On the way back down we made a stop at cafe Framheim, a tent with a fireplace, to indulge in some of Lindstom’s favorites; Biff a la Lindstom and hot cakes.

A warm treat for the expeditioners. 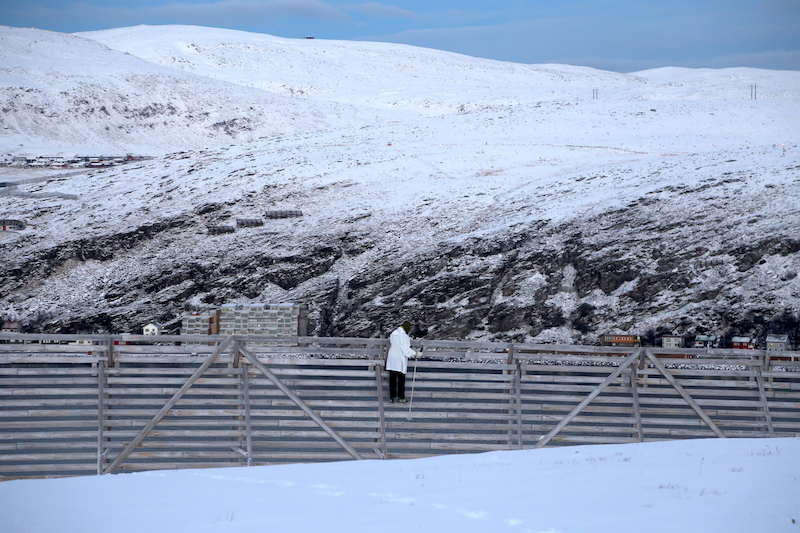 The lengths a photographer will go to in order to get the “money” shot.

Both of these snow hiking experiences were not terribly challenging and led to unforgettable views of Norway, ones that you would have never seen otherwise. If you are interested in either of these experiences, they are offered on select cruises with my sponsor Hurtigruten.