You could hear the dogs before you could see them. As they began to pick up the sound of our footsteps the barks got even louder. It was a welcome like no other I had ever received – a beautiful, howling chorus. We entered the Alaskan husky yard, where dozens of curious dogs where standing on their houses, while others were napping on the snow. As we approached each had tails uncontrollably wagging and eyes that were begging for a scratch on the head.

I pet almost every one. 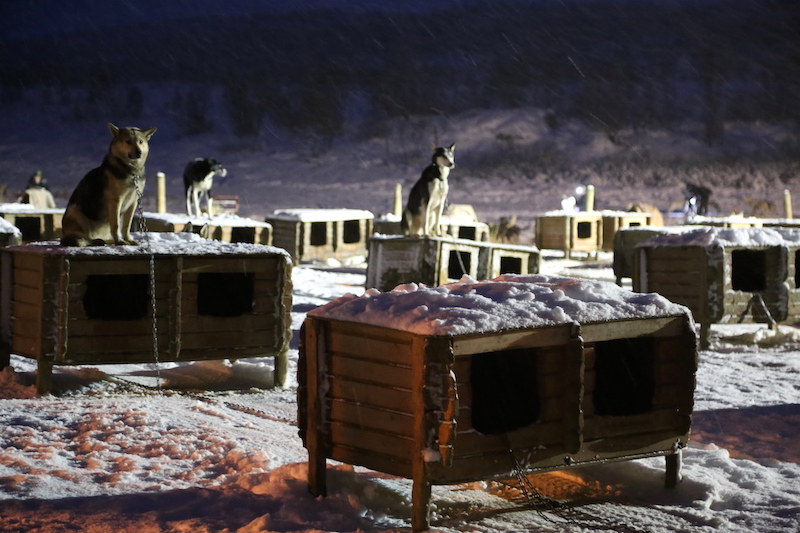 We were at the Villmark Centre, about twenty minutes from the town of Tromsø in northern Norway. The dogsledding excursion was an option on the Hurtigruten Norwegian coast cruise and there was no way I was planning on missing it. Plus, we were doing the evening Winter sled ride, which gave us a chance at spotting the Northern Lights.

If what we saw in the yard was an enthusiastic display, once the huskies were attached to the theirs sleds, it was pure madness. They wanted to run. Right NOW. There were eight huskies attached to my sled, females were put in the lead spots to encourage the males to chase them. The number of dogs actually varies depending on the weather conditions and the strength of the huskies.

They each make about 3 half-hour runs a day during the season. 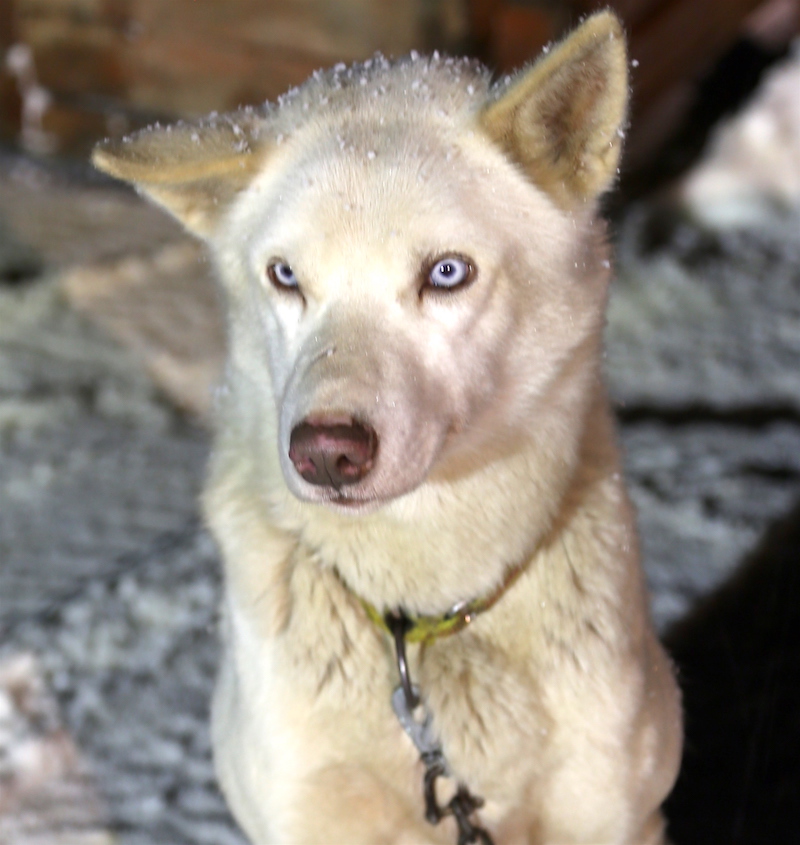 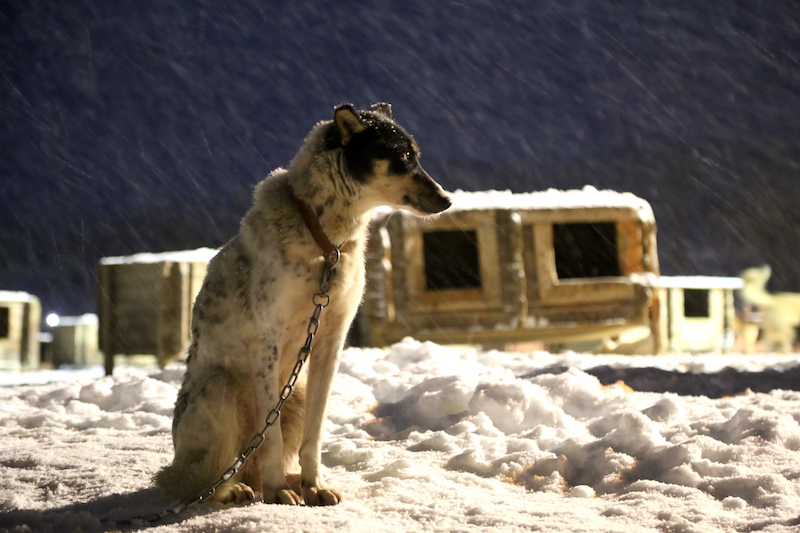 In pairs, we boarded the sleds and the expert driver kept us in place by a brake dug into the snow. Once that brake was released, we were off. Guided by headlamps and the dogs nose, we were racing off into the snow covered landscape to chase the Northern Lights. 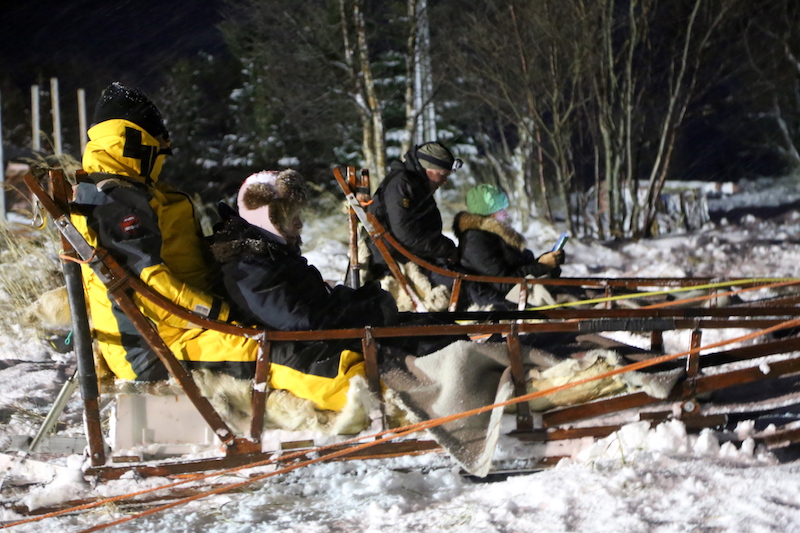 These dogs were tough, they are bred and trained to be runners – they were doing their job well. We easily slid through the blankets of snow at a speed that bounced the sled off the high edges of the path. Some huskies were biting the snow to quench their thirst, while others were all eyes straight ahead.

All were happy to be running.

We road for a little over a half an hour, before the sledding was over. But the evening was not. 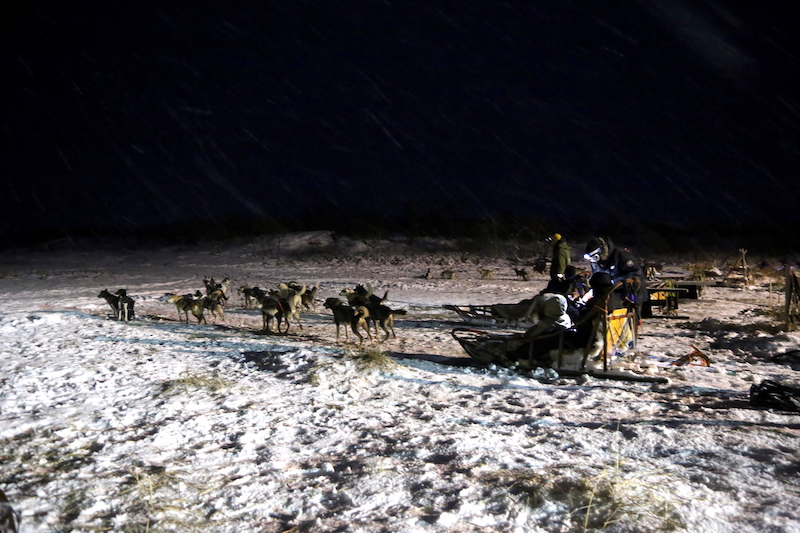 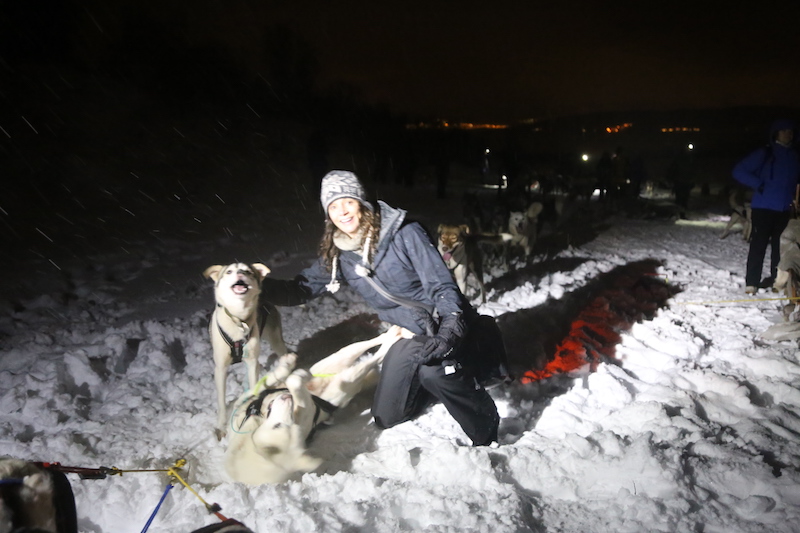 Immediately after the ride, we were escorted to see the puppies, a team in training.

Puppies are my favorite animal on Earth.

We entered the pen, where a dozen of pups came running. This may be my ultimate dream, to be locked in a room with countless puppies. They just wanted to play. I happily obliged. At one point, I took my bulky glove off to take a photo and one sneaky guy immediately snatched it. It began a chase between me and a handful of puppies who were speedy considering their young age. In the end, I won the battle, but they put up a very good fight.

I fell in love a dozen times in that puppy pen. 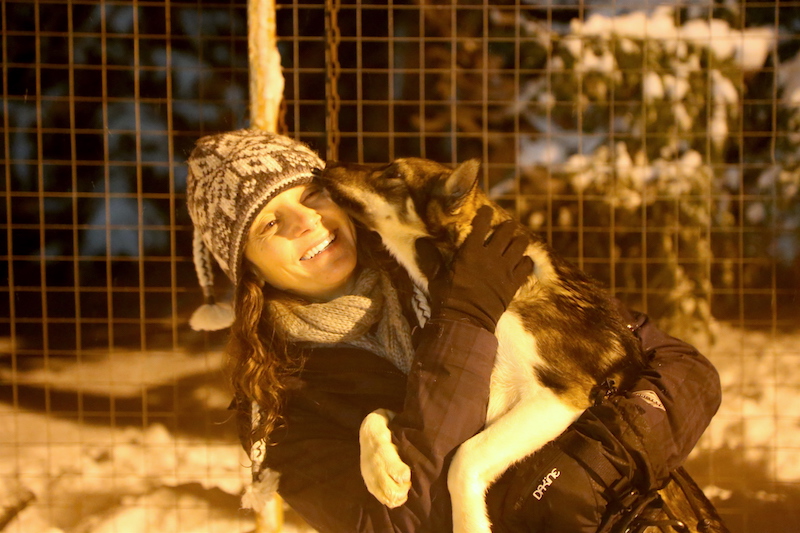 After my toes were officially icicles, we headed into a lavvo (Sami tent) for hot coffee and chocolate cake. The cozy wood burning stove warmed my feet as we all reflected on the incredible experience we had just shared.

The only thing missing was the Northern Lights. Next time. 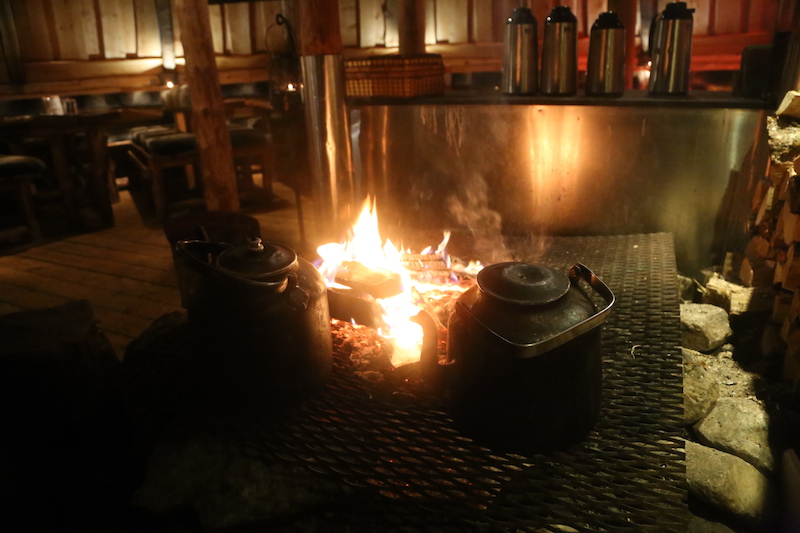 My trip to Norway was hosted by Hurtigruten, but all opinions are my own.