Let me start by saying that I am not one of those girls who always has to vacation in pure luxury. I have been camping. Even peed in the woods…once. But, after staying at the Royal Garden Hotel, five stars is something that I could get used to. Easily.

From London’s Heathrow Airport we took the Underground (that’s a whole other story) to High Kensington and were let off just a few minute walk from the Royal Garden Hotel. I was worried about lugging my suitcases on the tube and through the streets of the upper class Kensington neighborhood, but no worries, we were not the only ones.

The elegant door man and Rolls Royce parked out front indicated we had arrived and suddenly, I felt underdressed in my comfy traveling attire. I don’t believe stretchy pants and a sweat shirt classify as five-star. But, we entered and were treated as if we were sporting Versace suits with Louis Vuitton luggage.

We were shown to our 7th floor Garden Room, which was appropriately named since it boasted a view of the impressive Kensington Palace and Hyde Park. Not too shabby.

Actually, I was giddy with excitement, but attempted to remain refined.

“So, you mean, we could walk out the front door of the hotel and head left to Kensington Palace or go right for endless blocks of shopping and eateries?” Sophistication just went out the window. I jumped on the bed. 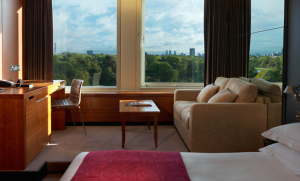 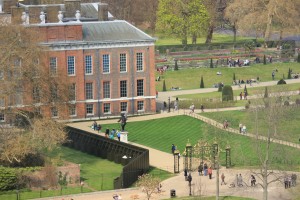 “They have heated towels in the bathroom!” I yelled to Peter, who was more impressed by the dozens of channels on the television. Men.

It was evident that a major portion of the recent ₤45 million refurbishment was put into every inch of this room. 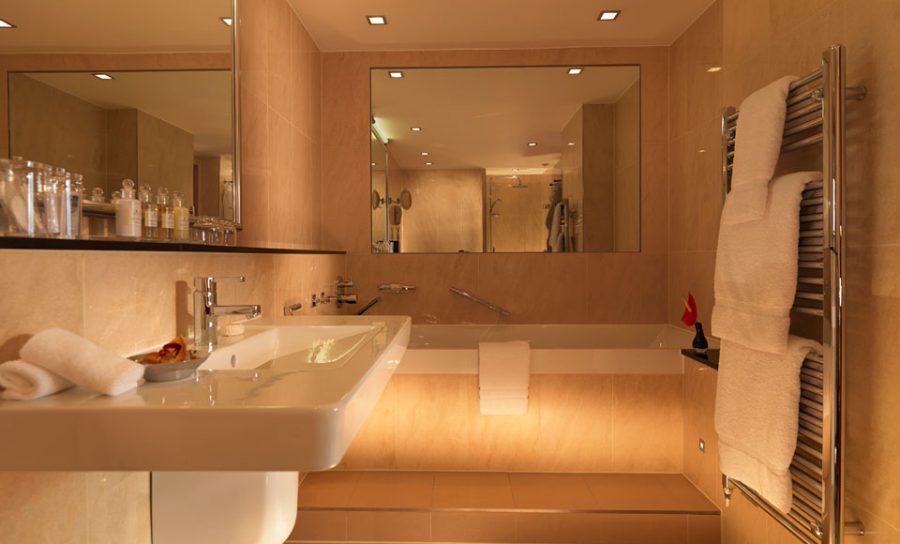 Knowing that musicians Sonny and Cher, Abba and The Monkees all stayed here made me wonder if any performers were here now. Perhaps Adele would do an impromptu concert in the hotels watering hole, Bertie’s Bar? Maybe, we would get our own rendition of ‘Rolling in the Deep’. Ok, Snap out of it. Back to reality…

The Royal Garden Hotel was the perfect introduction to my first London experience and I was thrilled that this would be my home for the next four nights. But, I was also hungry after a 10 hour flight. So, it was off to the 10th floor for my first meal in London, dim sum at the trendy Min Jiang.

Disclosure: My stay was sponsored by the Royal Garden Hotel, but all the words I write come straight from my, sometimes distorted, mind. Just as it should be.