Ssshhh…I’m talking to myself because I am absolutely, positively not allowed to tell you where the Savannah speakeasy, Mata Hari’s, is located. Lucky for them, I am pretty good at keeping secrets. Besides if everybody knew, it wouldn’t be any fun.

Mata Hari is a sexy speakeasy in Savannah, Georgia that only allows entry through its discreet doors with a key.

How do you get a key? You need to know someone who knows someone with one. Lucky for you, I know a few someones willing to unlock the door for you. Keep reading.

In an unmarked, unexpected and dimly lit location you will find this private club. As you knock on the door, a small window slides open and the eyeballs staring out ask for the key. No key, no entry. 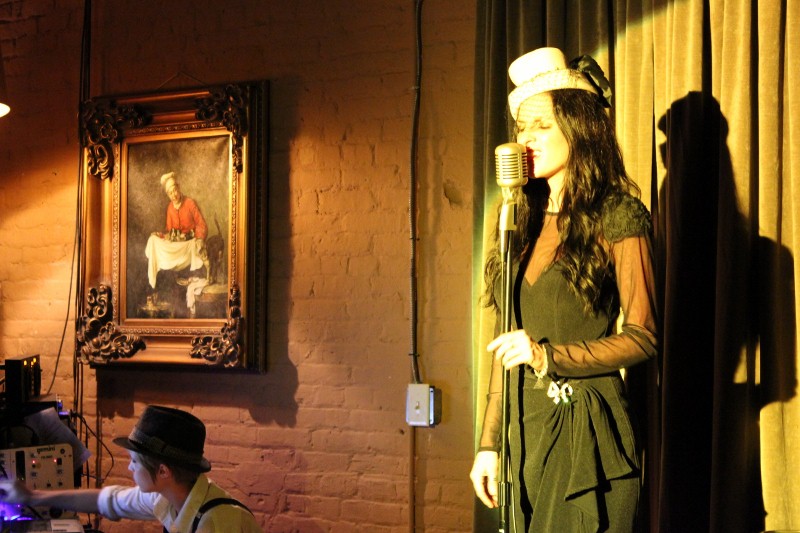 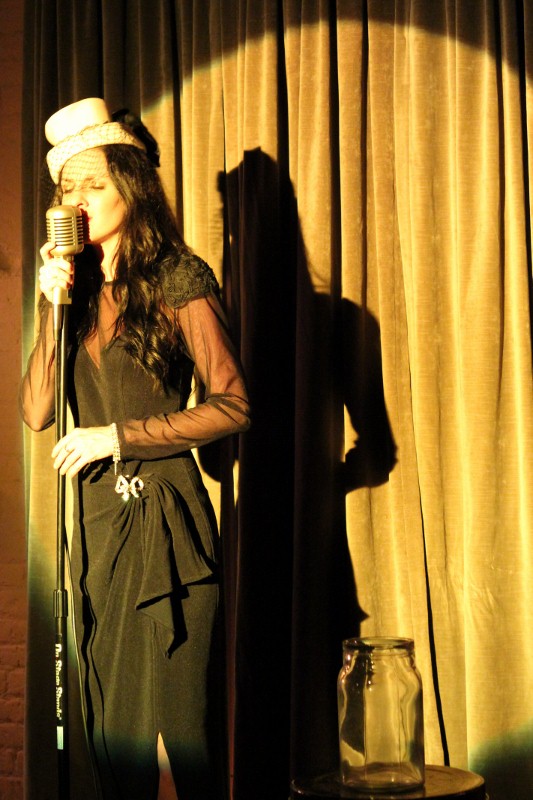 I had a key. Or rather the blessed folks I was with had one.

Once we entered the bar, which will bring you back to the 1920’s, we were greeted by a lounge singer who was on stage belting out the oldies.

Just beyond the performer was the bar which I immediately noticed was serving Absinthe. Holler! I have had several failed attempts at trying Absinthe the traditional way, by melting a sugar cube into the liquor and diluting with water.

Tonight there would be success.

Absinthe, which was banned for many years due to its hallucinogenic properties, isn’t that easy to find even now that the ban is lifted. And it’s not as potent. You probably won’t see fairies.

It has a heavy anise flavor, tasting like strong, alcoholic black licorice. Too strong for this wine girl to finish, so I followed it up with a Mata Hari Martini, which simply features a shot of absinthe mixed with other ingredients. Still strong. Looks like nothing will take the place of my beloved vino. 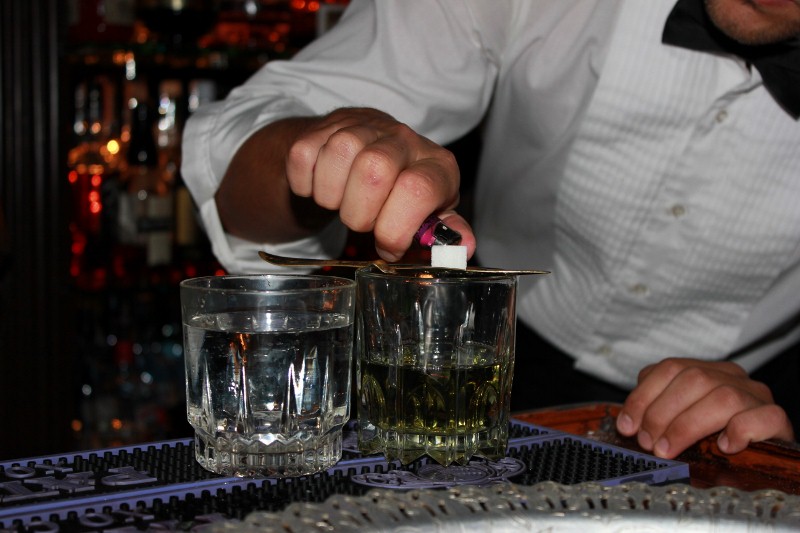 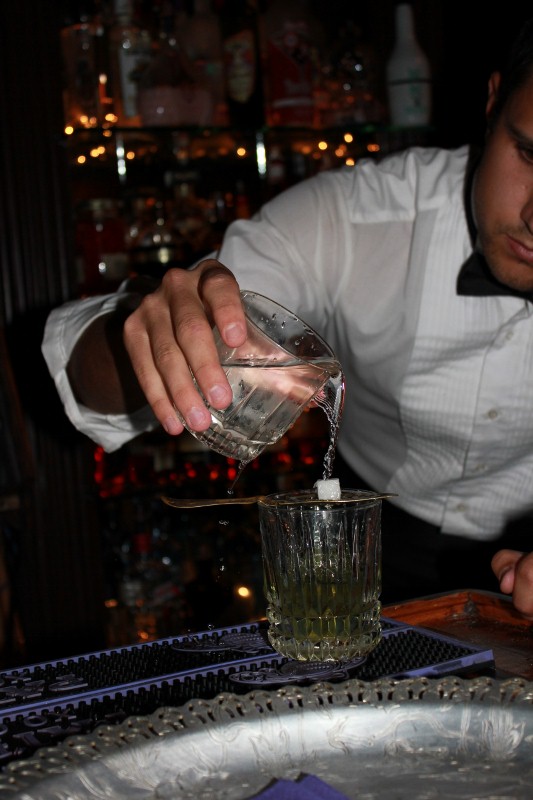 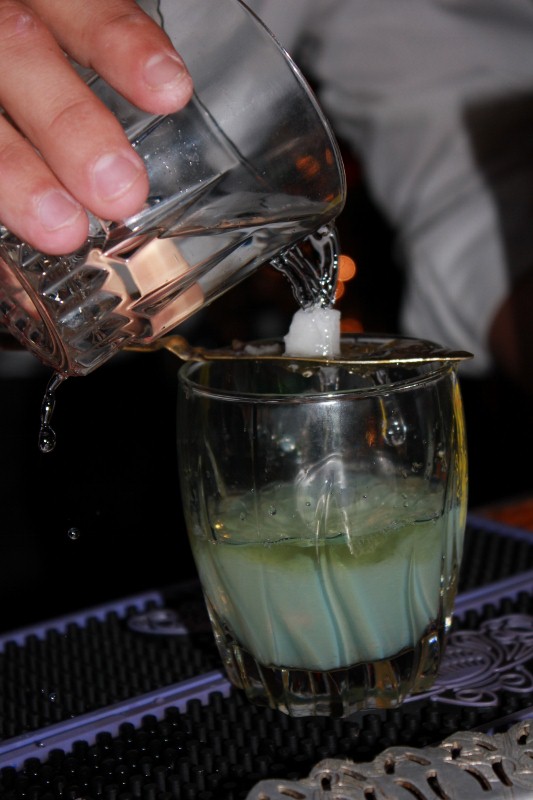 After an hour of drinking and mingling, we were taken into the hidden back room where the stage was set for burlesque.

We were treated to a preview of a fun and fitting show, complete with fire eaters and scantily clad women. Where do they sell those outfits? I think my husband would like one. For me to wear, not him. 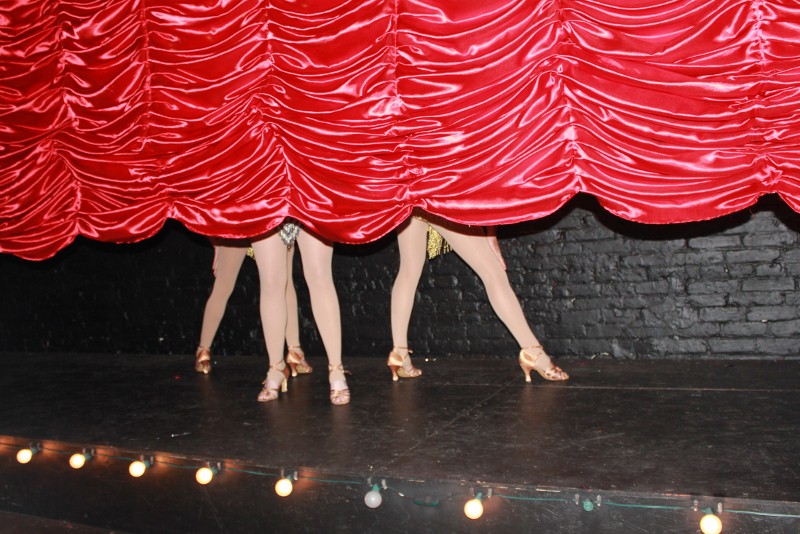 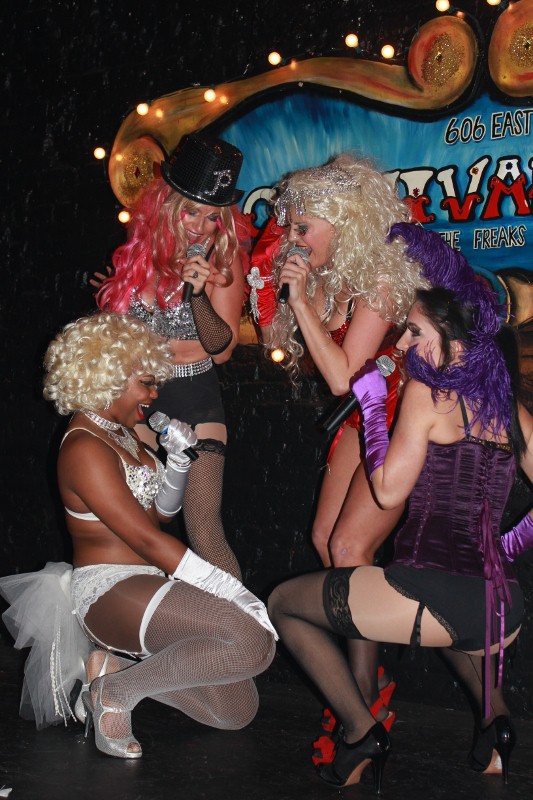 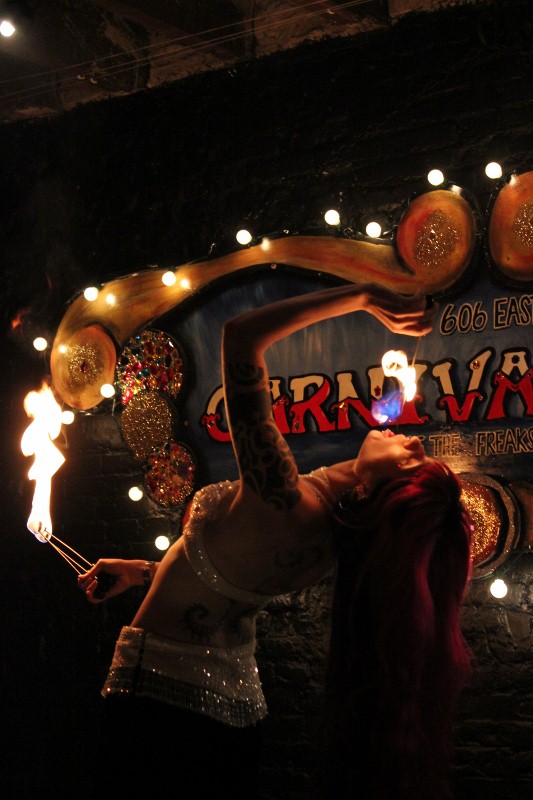 See the ladies below? The ones wearing their pajamas to a swanky club? They have keys. Not on them, but back at their respective bed & breakfasts.

These are the Innkeepers at Savannah Inns, our hosts. And if you stay at any one of their four B&Bs (Dresser Palmer House, Zeigler House, Azalea Inn or Green Palm Inn), you can gain entry to Mata Hari’s.

I am sure there are other ways to secure a coveted key, I just don’t know what or how questionable they are. Maybe if you show up with pink hair, tulle on your butt and carrying a fire eating torch?

Asking a Innkeeper seems much easier. 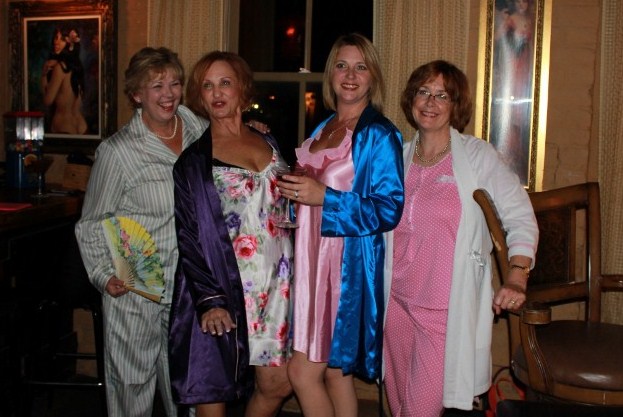 Have you tried Absinthe before? Have you been to a speakeasy?

DETAILS: Mata Hari is a secret speakeasy and you must have a key to get in. So far, the only ways that I have heard of people being successful at getting a key, other than from the innkeepers mentioned above, are through the concierge at a hotel, from a local shopkeeper and from asking a local friend. Though it may also be worth a shot to ask a pedicab driver or beg the doorman! Read the comments below, some have shared their experiences. It seems that someone in Savannah will know someone with a key. Best of luck!
Address:  306 W. Lower Factor’s Walk Savannah, Georgia 31401 | Map

Disclosure: My visit to Mata Hari’s was sponsored by Mata Hari and Savannah Inns, but all the words I write come straight from my, sometimes distorted, mind. Just as it should be.