Peter and I were noshing at 100 Wines, inhaling the best brussel sprouts of my life, when the bartender recommended on of the best things to do in Maui—a kayak-snorkeling excursion, with potential to swim with sea turtles.

My first reaction was that kayaking sounds like a lot of work, especially since we had been alternatively considering a “booze cruise” style catamaran snorkeling trip.

I stuck another brussel sprout in my mouth as she again muttered something about sea turtles. Huh? My ears perked up like a dog who just heard the chip bag being opened. Swimming with turtles, kayaking and seeing a coral reef were all on my bucket list. Done deal.

Olowalu is just five minutes South of Lahaina in West Maui and the tour was setup along the beach at Olowalu Campground. On the drive over to the excursion I decided to Google Kayak Olowalu to see if there was a guarantee of seeing turtles in my future and what came up instead was…shark attacks. My perky ears dropped and my eyes began to ogle my phone screen. 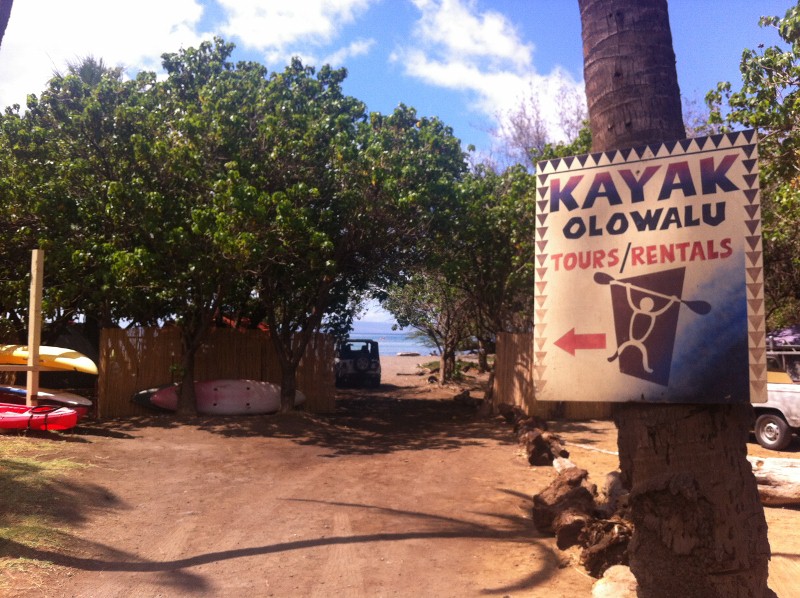 The spot where we would be snorkeling not only has been the center of numerous turtles sightings, but has also had three shark attacks in the past ten years. Probably decent odds in Las Vegas, not so comforting in Hawaii.

As we were getting fitted with our snorkeling gear, I nonchalantly inquired about the terrifying sharks that were on my mind. “Are there sharks where we will be snorkeling?”

“Yes, unfortunately we didn’t see any this morning on the first tour, but I’m hoping we can find some this trip out.” What? This guy was looking for sharks when in my mind all I could think about was how to keep my extremities intact. He must have sensed my fear, “Don’t worry, they are white tip sharks, relatively harmless.” Do they have teeth? Then, not harmless. 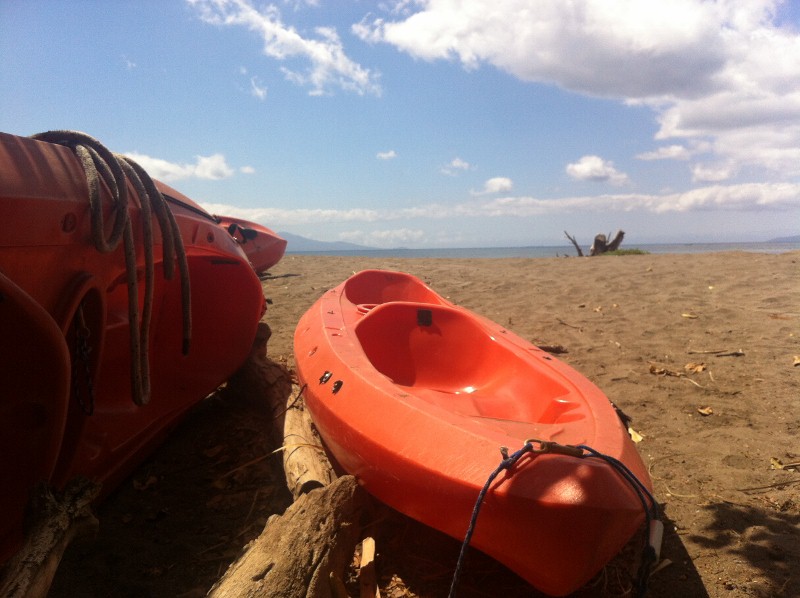 We lined up next to our motorless transportation as our tour guide Barry gave us the five-minute ‘Kayak 101’ lesson.

I have not been so grateful for a tandem ride since skydiving. Peter will be doing a lot of paddling. Poor Peter.

Let’s go find us some sharks and sea turtles… 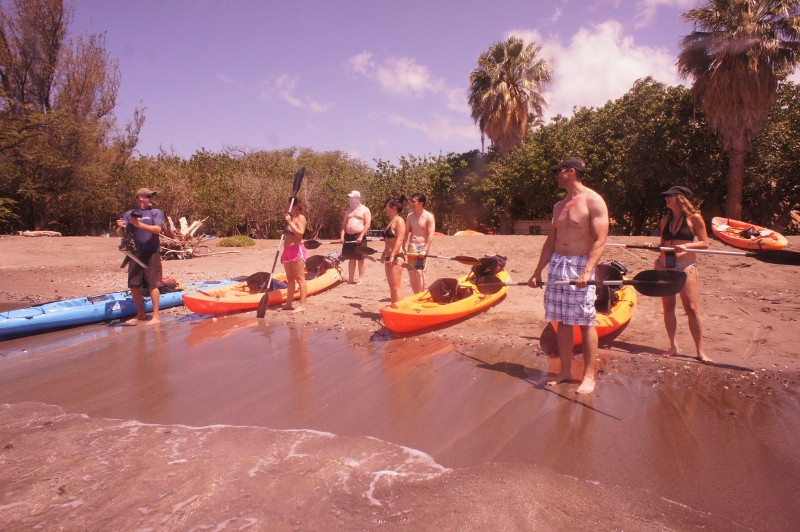 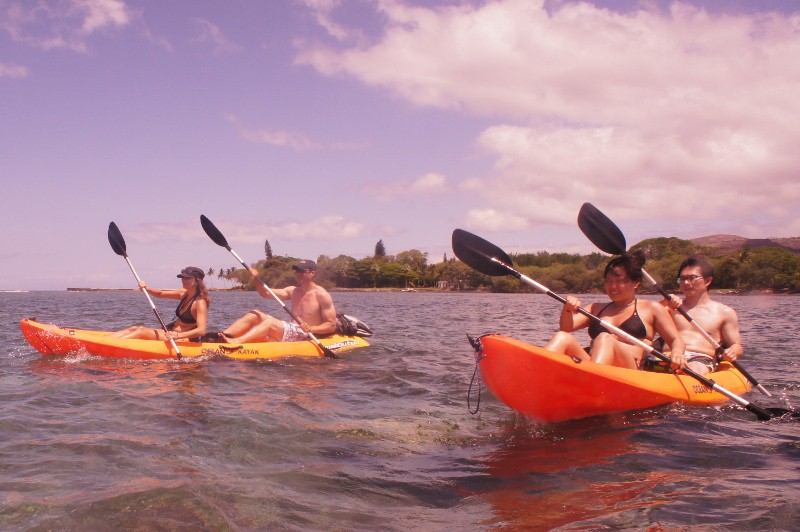 Tour guides can make your excursions a billion times more memorable and Barry was that kind of guy; engaging, passionate and knowledgeable.

He knew these waters like the back of his hand, if there were sharks and turtles there was no doubt he would find them. Several times he had us sit on our kayaks motionless, watching the water for emerging sea life needing air. 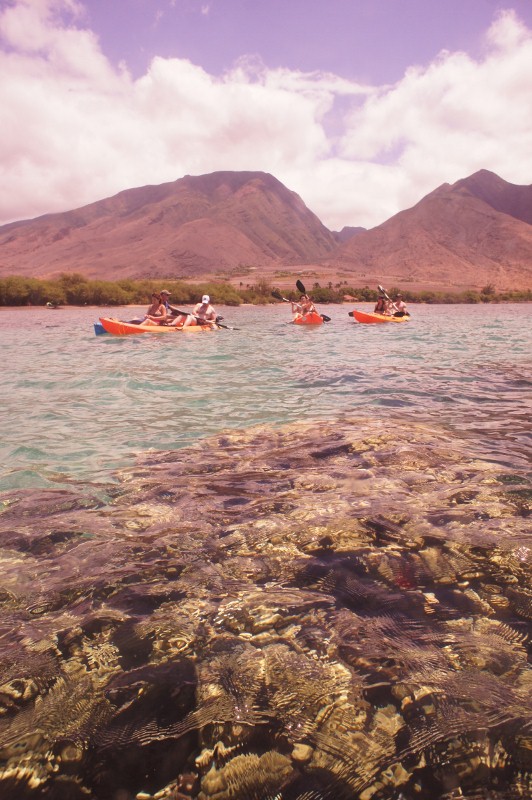 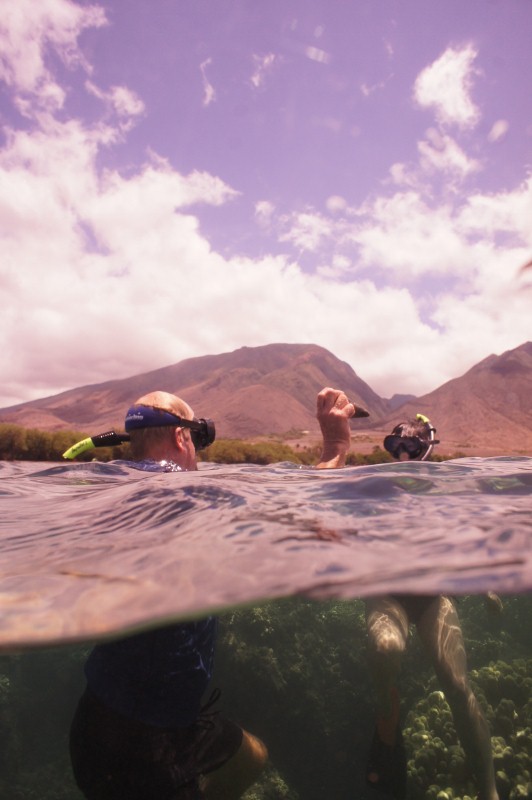 When a spot looked promising, we exited our kayaks to explore on our own.

The coral reefs and abundance of stationary sea life effectively diverted my attention from the search at hand. Only on a couple of occasions did I look behind me hoping a shark was not doing a sneak attack. 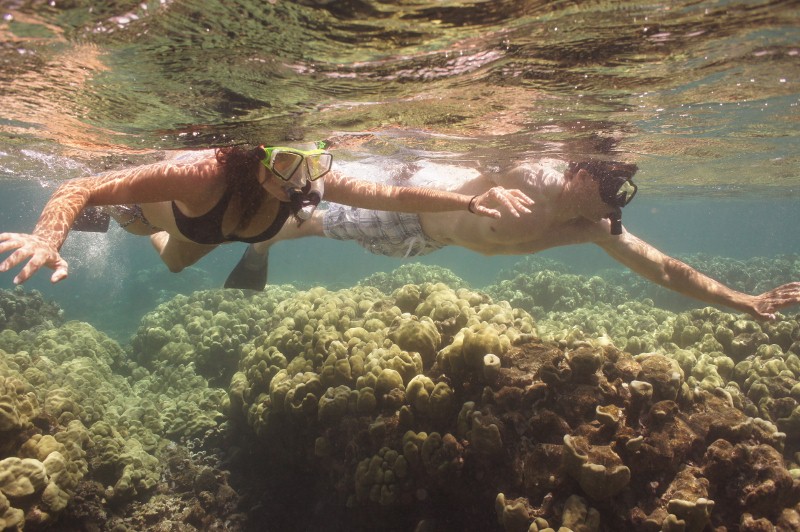 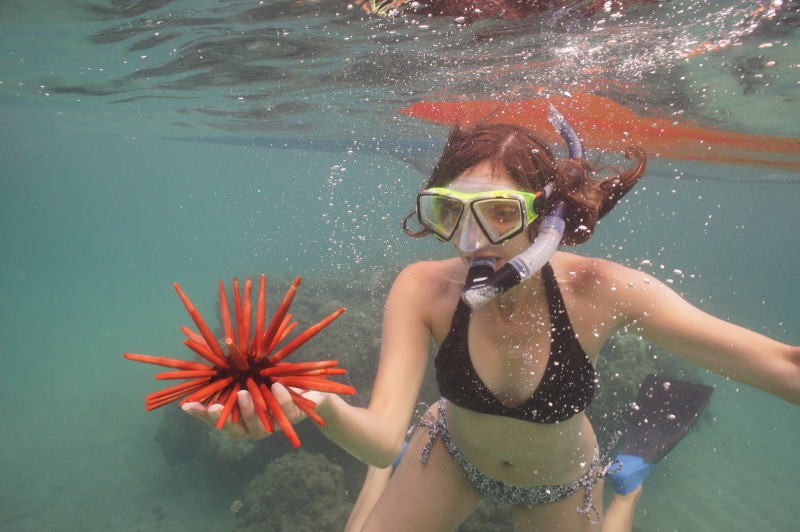 I readjusted my mask, before entering our last snorkeling location which was said to be home of a turtle cleaning station.

At these stations, turtles congregate to let their shells be cleaned by cleaner wrasse fish. Vaguely reminds me of getting a fish pedicure in Spain.

Before I even dipped my face into the water, someone hollered “there are turtles over here”. In an instant, I was witnessing several turtles swimming below me. 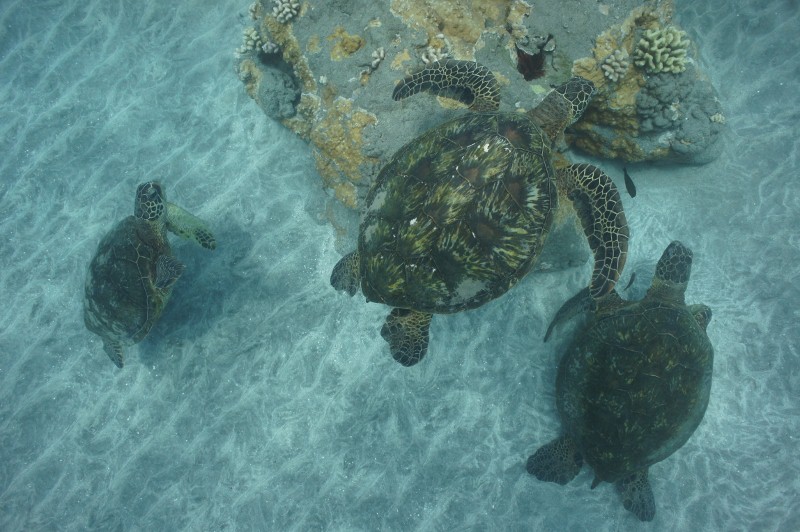 After a few minutes of gazing at these mesmerizing creatures near the bottom of the ocean, one started its ascent for a breath.

I immediately followed, swimming side by side with a sea turtle. $65 well spent. 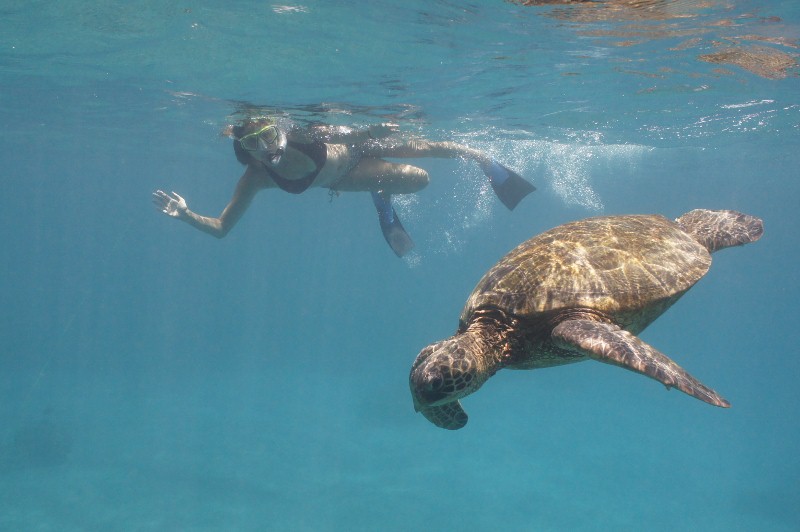 Though we did not see any sharks, choosing Olowalu Kayaks was amongst the best decisions made for this Maui trip.

Have you swam with sea turtles or kayaked?