Tell a Love Story Through an International Rose Garden

In lieu of Peter ever giving me flowers again, I made him take me to Portland’s International Rose Test Garden, a place where hybridists sent roses from around the world in order to keep them safe against the bombings of World War I. Not only does the rose garden have thousands of the most beautiful roses on the planet, it is also one of the top things to do in Portland. And I could continue on for this entire post just showing you pretty photos of the flowers that were there and tell you how breathtaking they all were, but that would be really boring.

Instead, I have decided to use the unique names of some of the most gorgeous flowers to tell you the tale of how I met my husband Peter. Genius.

And this is our love story through roses… 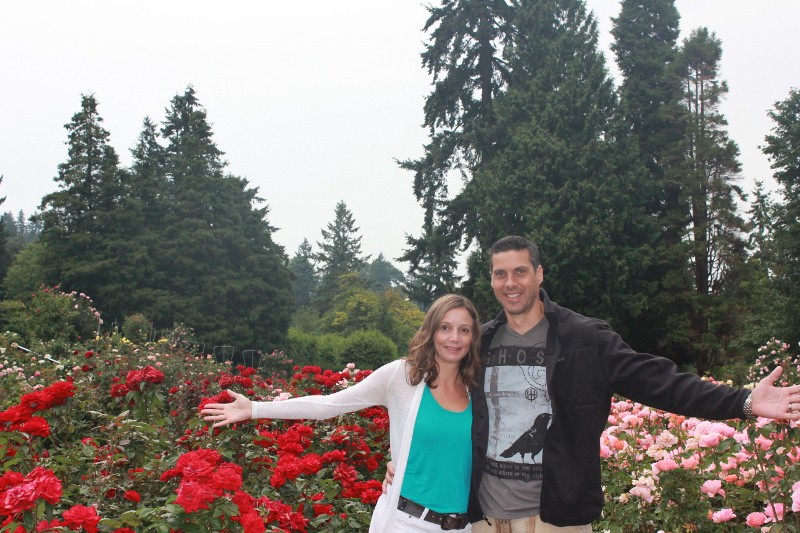 The night before Thanksgiving everyone in my small Californian town of Petaluma gathers at the local pub, Mcnears, to socialize with their friends that have returned for the holiday.

My girlfriend and I were standing in the growing line out front of the bar and Peter was behind me (he actually started out in front, but somewhere along the way I weaseled my way ahead). I immediately took note that he was one HOT TAMALE. 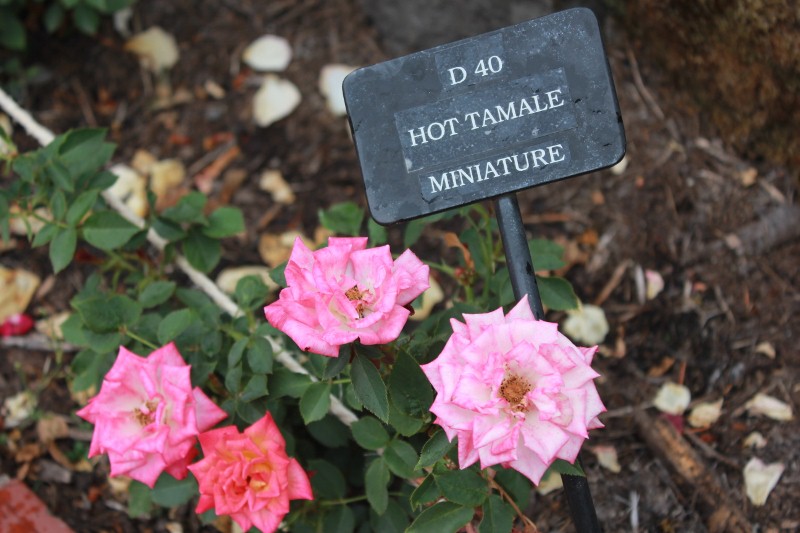 We chatted for a bit then parted ways, he moved on to the popular dive bar a block away and I continued to wait in line. It was okay because, due to a recent breakup, my heart wasn’t IN THE MOOD to start something new anyway. 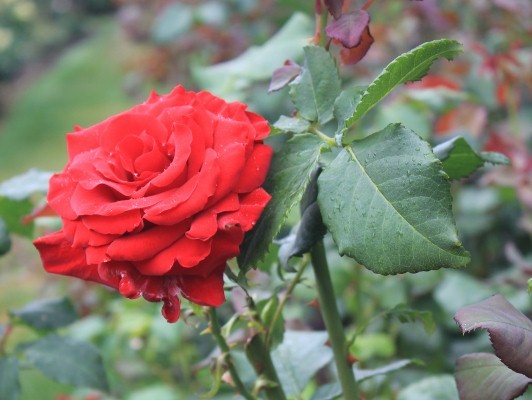 After making the rounds at bar number one, I also headed over to the dive bar, in SECRET hoping that Peter had not left. He was the cutest boy I had seen all night. Quite possibly ever. And thoughts of him throughout the evening popped into my head. 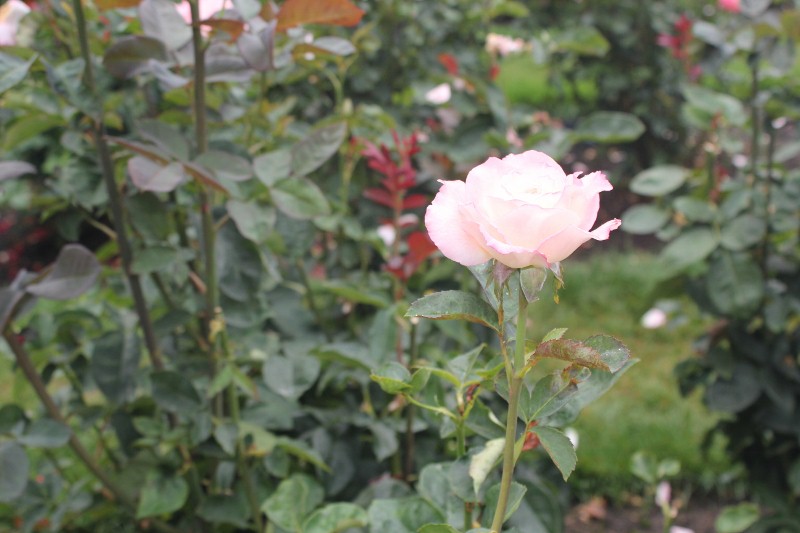 He was still there. We spent the evening talking about hobbies, shooting pool and comparing friends. I remember being particularly impressed when he told me he was currently reading a book. Apparently, I am easy.

I went home that night (by myself gutter minded people) WALKING ON SUNSHINE. Happy to have met an intriguing, handsome boy who, I suspected, really liked me. 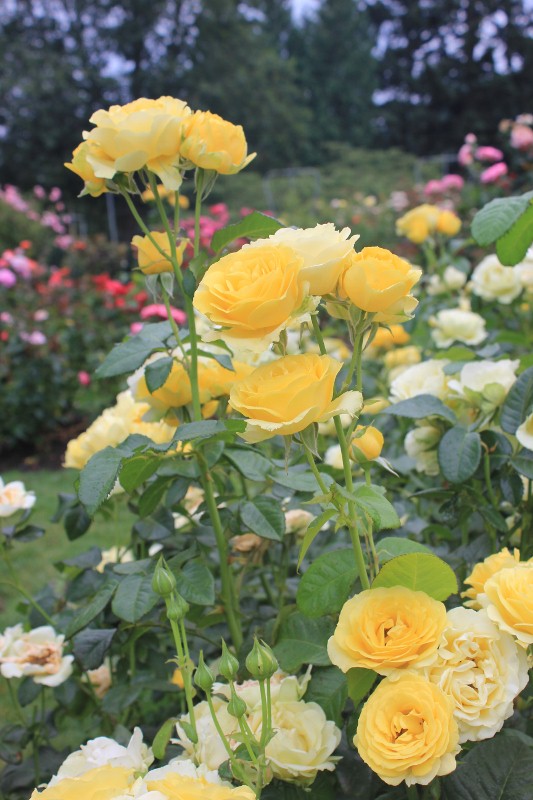 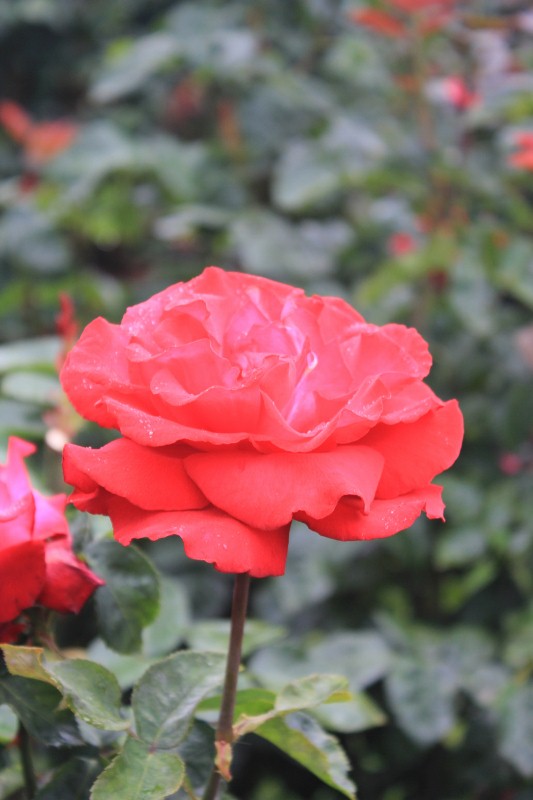 Finally, a week later, when the memory of his SWEETNESS was just starting to dissipate he nonchalantly walked into my clothing store. There was an entire story that followed his entrance. Something about always getting off work later than my store was open and not having my number. Blah, blah, blah. 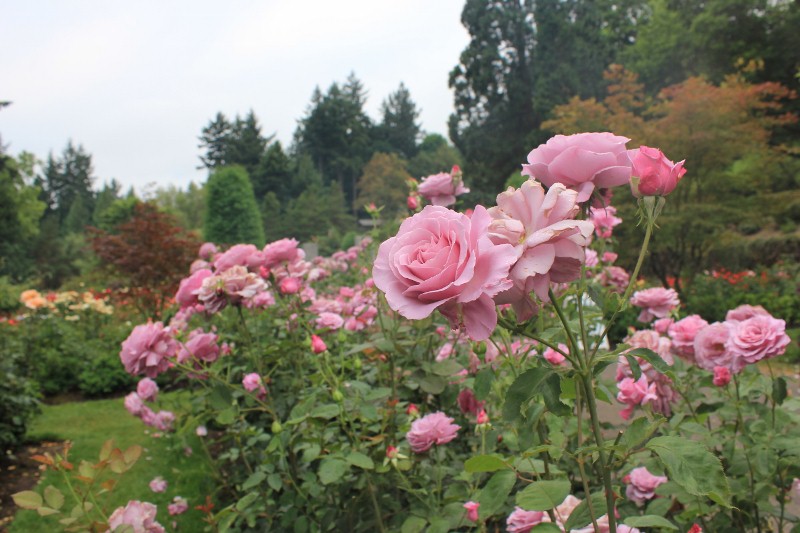 It didn’t really matter because as he was justifying, I was FALLING IN LOVE with his brilliant blue eyes. Yes. I will go on a date with you and your baby blues. 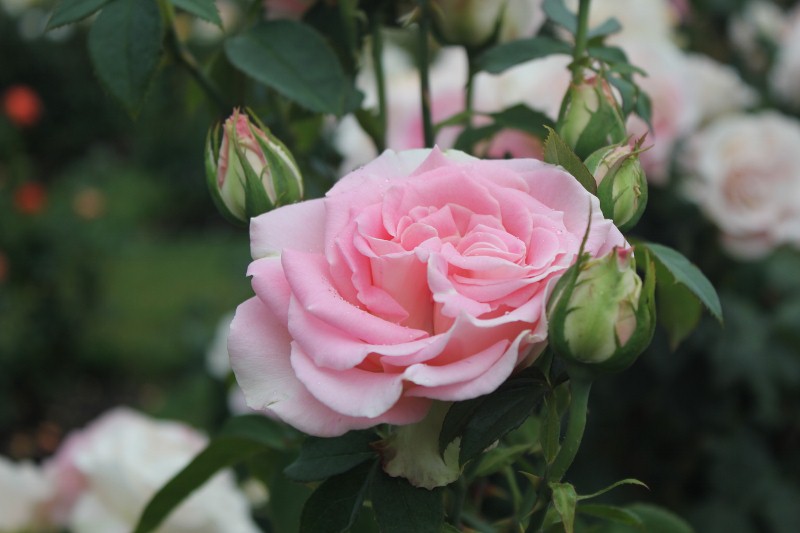 A year and a half later, Peter proposed on the tippy top of Mount Tamalpais and this girl who said she would never, ever get married was OVER THE MOON. 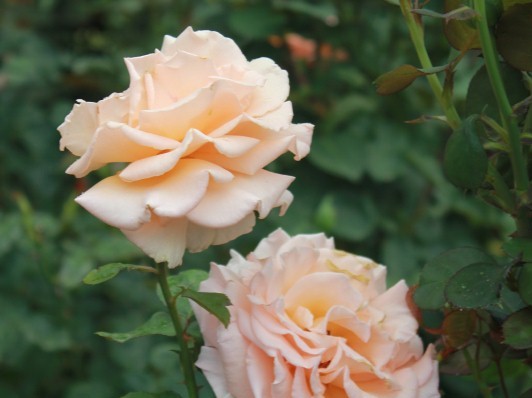 Fast forward eighteen years and it hasn’t been all roses, not always LIVIN’ EASY, but I did STRIKE IT RICH with this one. CH-CHING! 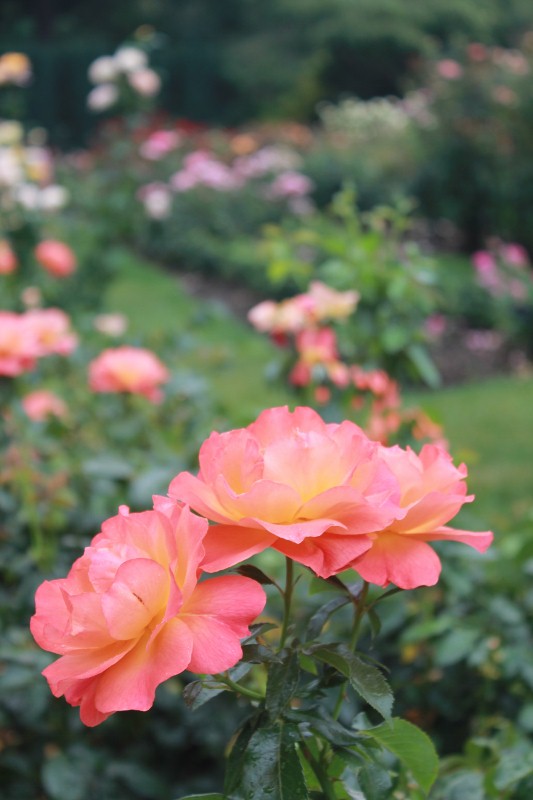 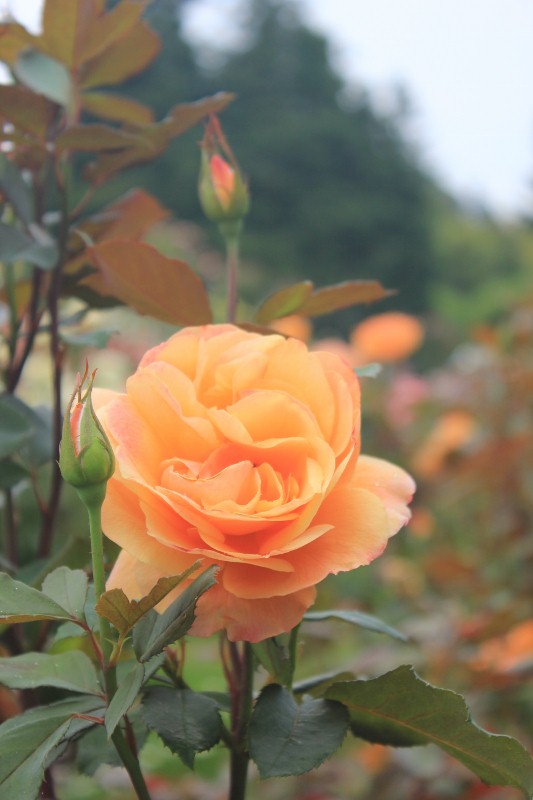 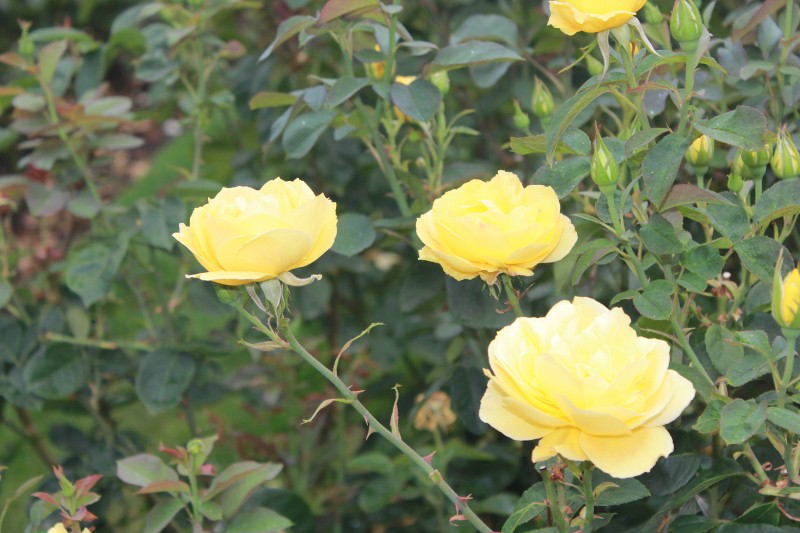 Technically, I did meet my husband at a bar. Or rather, in front of a bar. So, that doesn’t count.

The moral of the story? Bar men aren’t all bad. Most. But, not all. And go to the International Rose Test Garden in Portland, Oregon. It’s real pretty.

Have you been to a Rose Garden? How did you meet your spouse?