It is snake season. That would be a really bad thing if you are hiking the Dragon’s Back trail at Hong Kong’s Shek O Country Park, but it is a really good thing if you are dining within the cities urban area. For myself, it meant that in addition to the adventure of eating chicken feet, there would also be indulgence in another Asian delicacy, Snake Soup. Hurrah.

In the Causeway Bay section of Hong Kong you will find Se Wong Yee, the tiniest eatery, with the menu out front completely written in Chinese, except for the significant bold lettering stating the sale of Snake Soup. Jackpot. 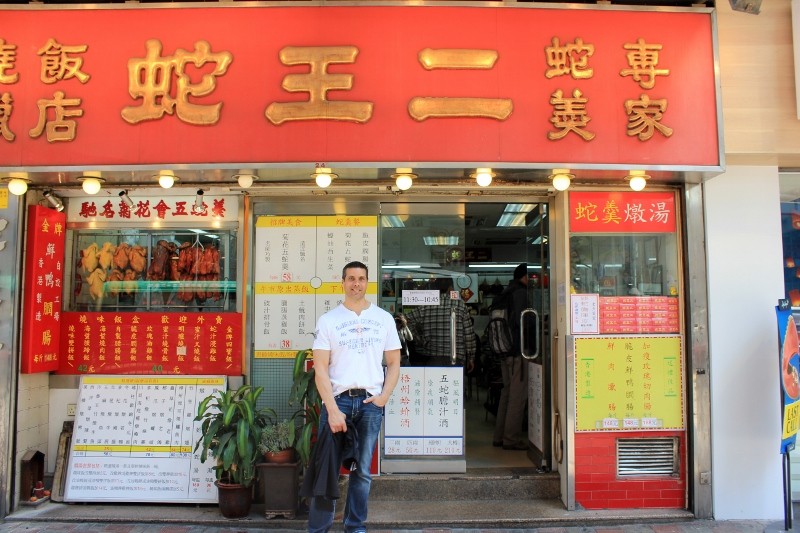 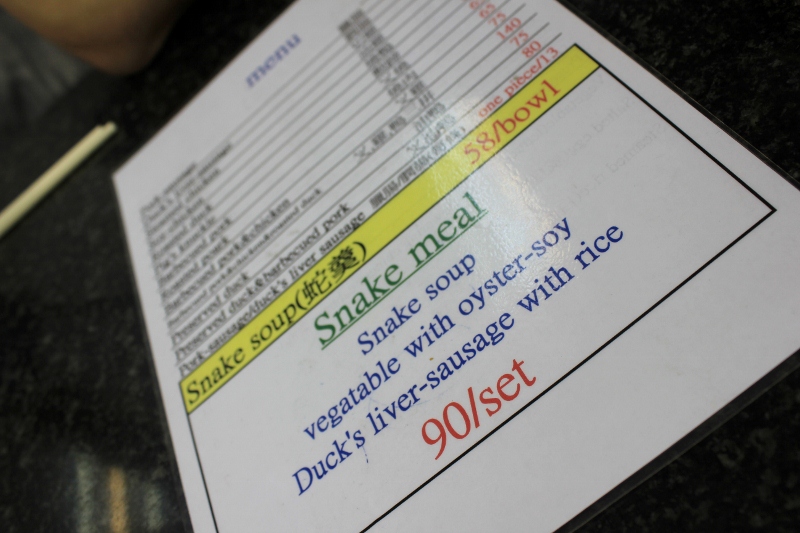 There were two options on the menu; just the plain old Snake Soup for 50 HKD ($6.50 USD) or the Snake Meal. Though the addition of duck’s liver-sausage sounded tempting, just a bowl of soup would do for this venture.

The snake soup came to the table without any resemblance of a scaly snake at all, no cylinder segments in sight. It looked more like shredded shiitake mushrooms. There was no preconceived idea of what this slithery creature would taste like, but not only did it look like mushrooms, it was similar to ingesting a meaty, earthy one too. Not bad all all. Actually quite good. 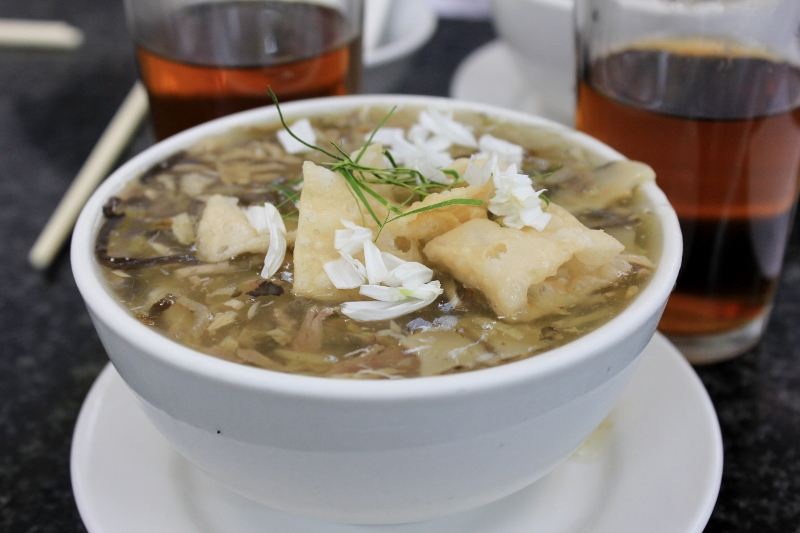 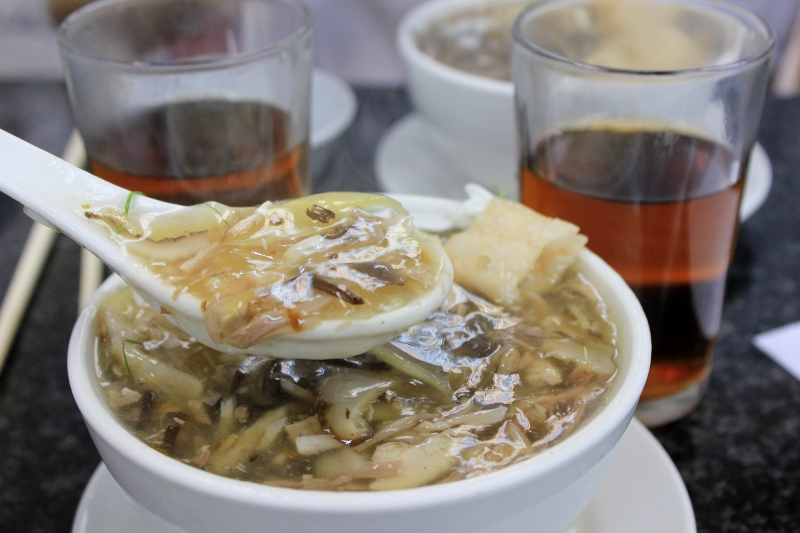 And if I hadn’t just come from eating a four course meal at the cheapest Michelin star restaurant in the World the entire bowl would have been gone.

Why did I order an entire bowl to myself? The question is mentally asked, but the answer is already known. Being a restaurateur, I felt bad taking up two seats in restaurant with only a handful of tables and sharing one bowl of soup while drinking water. These people have to make a living. 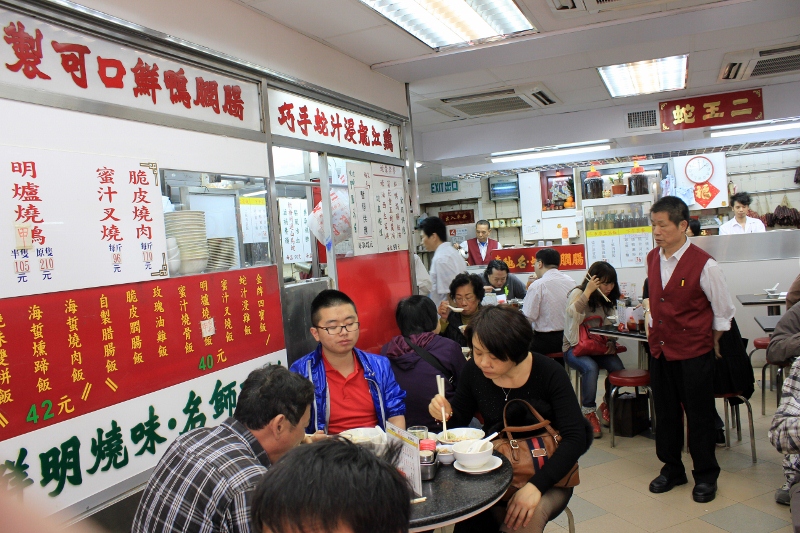 As we were leaving, with my bowl over three quarters still full, the employee looked upset, “you didn’t like my soup?” We tried to explain that I wasn’t hungry and just wanted to try snake soup, leaving the whole “she has this bucket list…” explanation out of the conversation. Pretty sure he did not believe us.

My suggestion is to go to eat snake soup on an empty stomach.

Have you or would you eat snake soup?