“When we are in Barcelona do you want to stuff ourselves inside of an extremely large plastic ball and roll down a fairly steep hill?” I rather innocently inquired about zorbing. Typically, I wouldn’t have even asked Peter beforehand, I would simply serve him liquor prior and surprise him with the unique, and sometimes dangerous, adventure I had planned.

But, a zorbing excursion seemed too perilous for a sneak attack. And doing shots of alcohol prior may have a very negative affect.

“Okay”. He nonchalantly replied. That was easy, looks like we are going zorbing.

Zorbing is a sport where you roll downhill inside an inflatable orb, typically made of clear plastic. 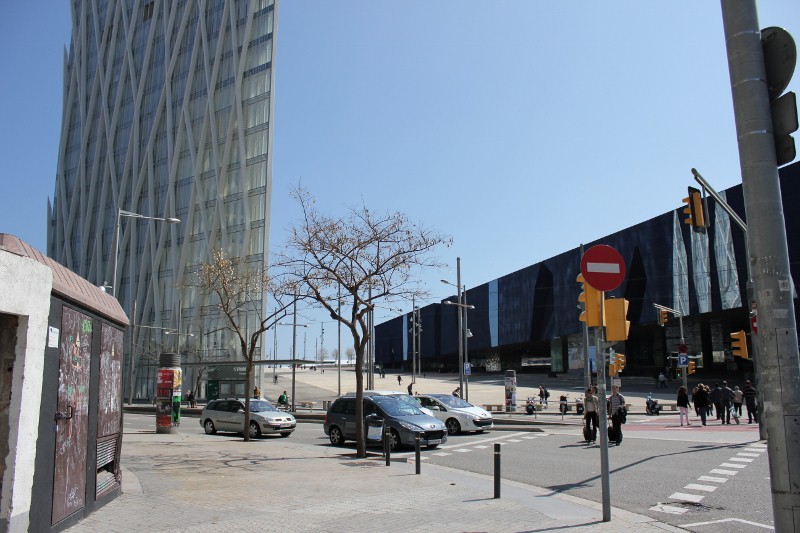 On a cool morning we headed to Parc del Forum in Barcelona, at the coastal end of Avenida Diagonal. This is where Spheremania is located, one of the few zorbing companies in the world.

It’s a bit tricky to find, you must follow the path uphill, past the large glass building with white diamond stripes. A good indication that you have arrived is seeing the large plastic ball at the top of a significant elevation.

Note: This will not happen when you experience a cancelation due to gusty winds.

The first scheduled day was canceled due to the blowy weather. There was water too close by and even though I’m sure the zorb is buoyant, I was grateful for the concern of our safety.

We came back the next afternoon, when it was virtually windless and we spotted the half inflated ball (or half deflated ball, depending on how you look at it). Phew. This was actually going to happen. 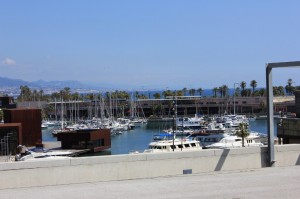 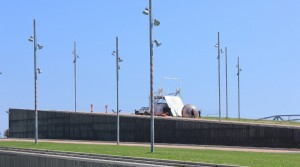 The cordial and engaging owners, Davide and Anna, hoisted the zorb up the ramp. It looked painstaking to me, then again, there is no definition in my biceps.

I pondered asking to touch their arm muscles, but figured that would be inappropriate. Right? 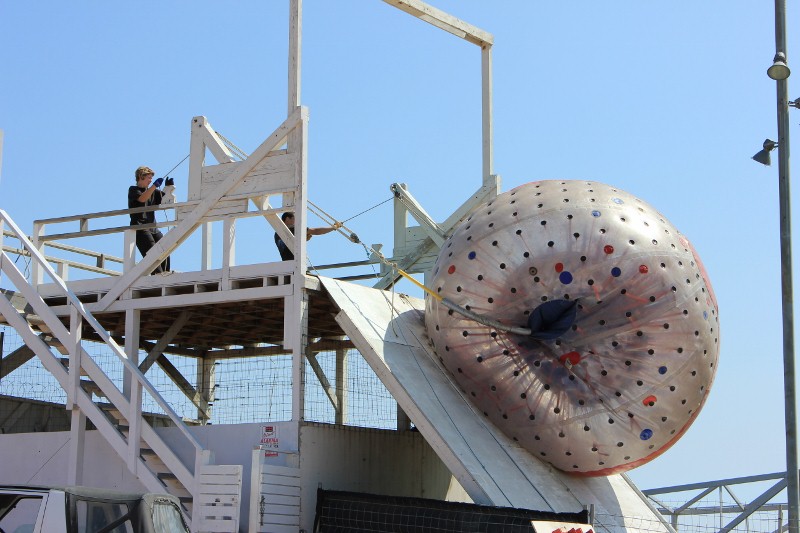 This zorb was a dual adventure, meaning two of us rolled together, strapped securely (I checked) into the orb.

See…don’t we look confident and smiley prior to rolling down a mountain near very deep water? That’s all for show. 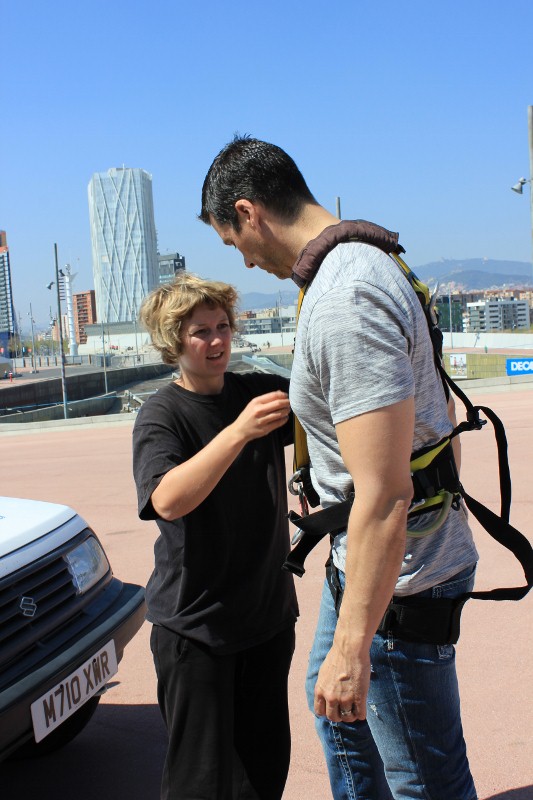 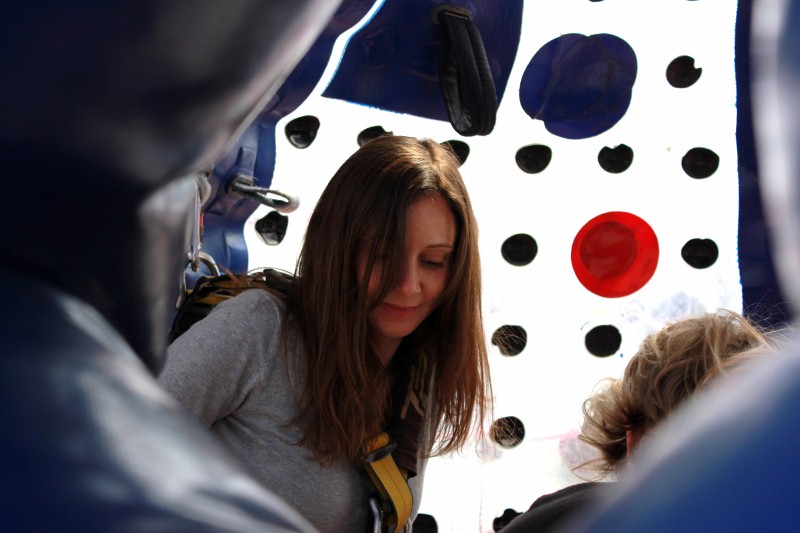 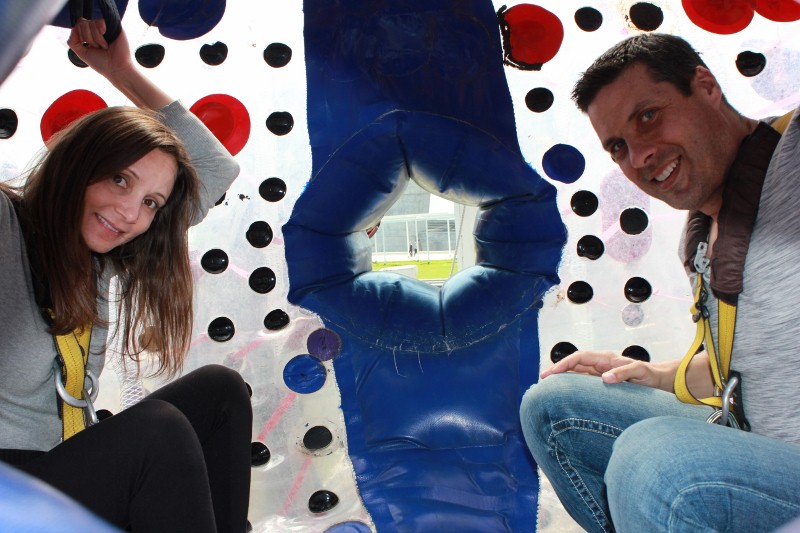 Once we were solidly fastened into our locations, the rope was let loose and we started to tumble rapidly down the hill, feeling every bump, especially when our bodies thumped on the ground.

The 45 second experience was terrifying, thrilling and adventurous. All qualities I look for in a good time. If there was a glass of vino and a sampler pintxos plate waiting for me at the end this day would be complete. 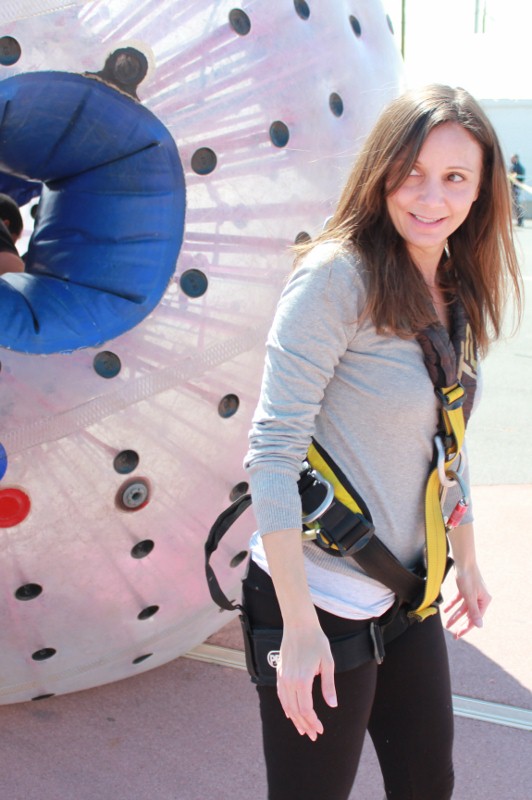 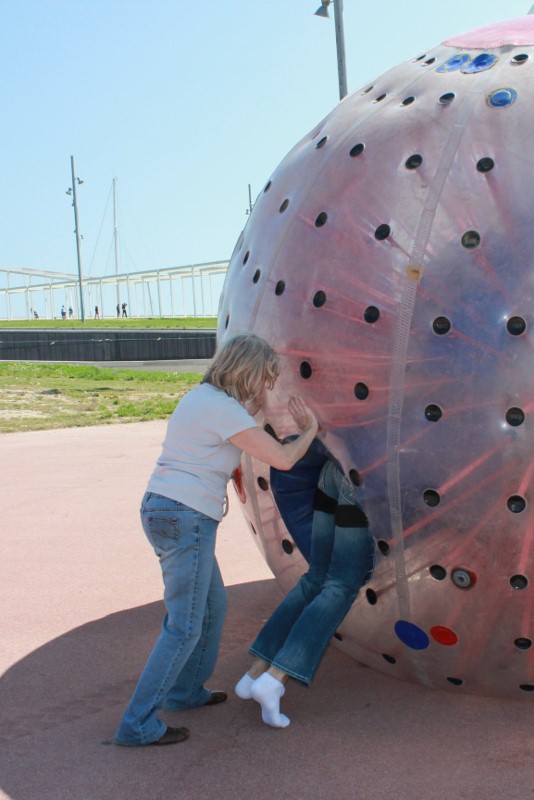 After I exited the zorb, slightly dazed, I turned around to take a look at where I had been.

It appeared close and at the same time felt so far. 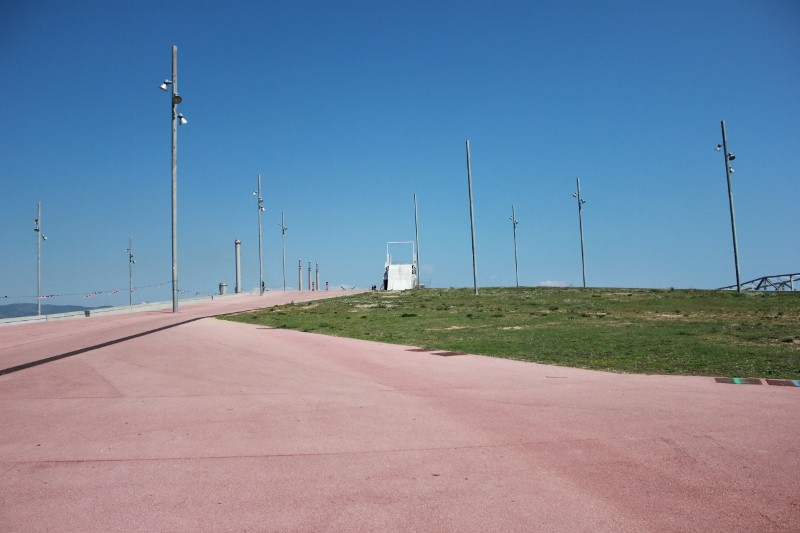 In the end, Peter and I earned our zorbing certificate as proof of our extreme bravery. Or sheer madness, whichever you prefer. 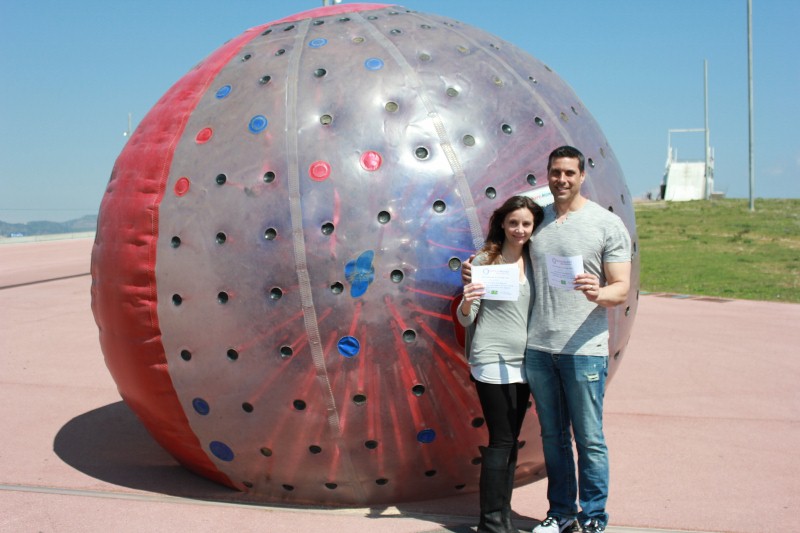 Have you been zorbing before? Would you ever go?

Disclosure: My zorbing ride was discounted by Spheremania, but all the words I write come straight from my, sometimes distorted, mind. Just as it should be.