Visit An Orphanage in Tanzania, Africa

Nothing could have prepared me for a visit to an African orphanage. Nothing.  Kibowa Orphanage is on the outskirts of downtown Arusha, hidden down a bumpy dirt road and painted in a friendly pale blue. There are 48 children that call it home and, after four days on an African safari, we were going to meet them.

Kibowa Orphanage was started by two women who worked with HIV patients, many of whom were parents. After the parents had died, the children had no place to go, so they started this centre for them in 2005. 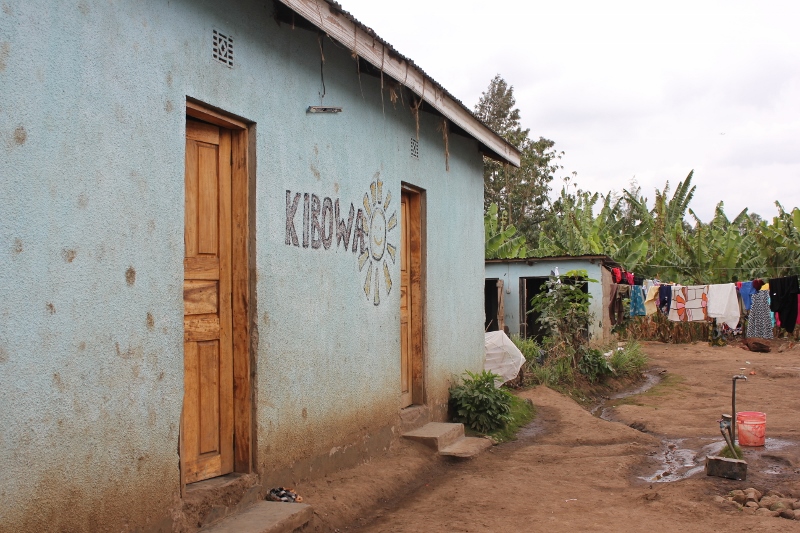 Kibowa is supported by Natasa, the Shadows of Africa owner whom we were on safari with in Tanzania. Thankfully, she decided to take us to the orphanage on our last day in the country.

Mama Mina was the first to greet us, she is the main caretaker of the children and there was no doubt why.

There was something so warm and comforting about her. Even I wanted to curl up in her cozy hug. 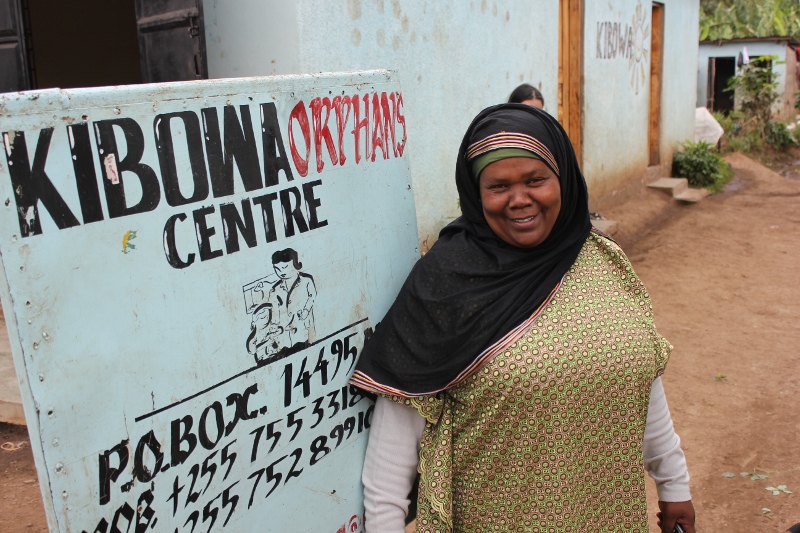 The children were having lunch when we arrived, beans with Ugali, African porridge. A meal that they have everyday. Though the garden is now growing one vegetable, similar to spinach, in order to get something green into the children’s diet.

Many of the children came outdoors to greet us, shyly saying “Karibu”, which means welcome in Swahili. 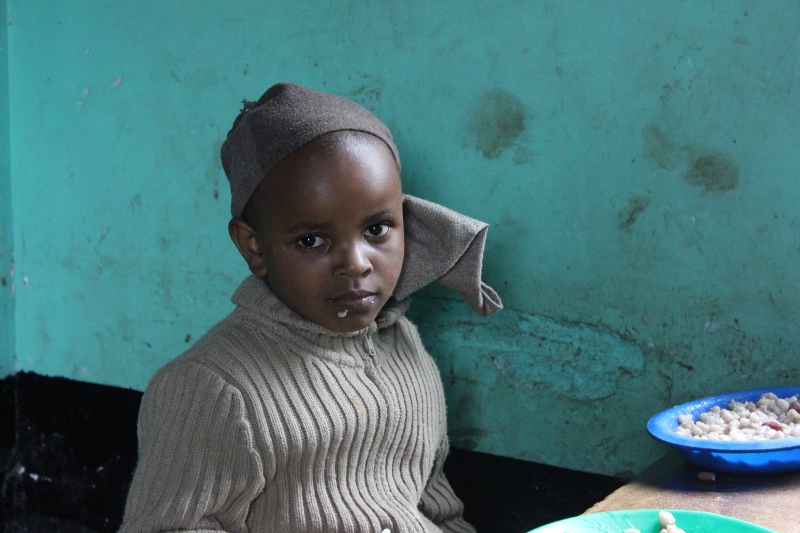 Prior to arriving we had stopped by the store to pick up little gifts to bring. I chose colorful balloons that could be turned into animals. Maybe someone would know how to make a giraffe. Jonny of Don’t Stop Living brought marbles and a ball, Raymond of Man on the Lam brought Canadian pencils and stickers.

We were armed with fun.

One of the older boys got out a bike pump and started blowing up balloons. He was almost immediately swarmed by children wanting their own colorful latex filled with air.  At first, they all stood around with their snake-long balloons, occasionally bopping one of their friends on the head, not knowing what else to do with them. Then the same older boy began creatively shaping animals. Where’d he learn how to do that? There was a sea of children surrounding him waving their future pets. 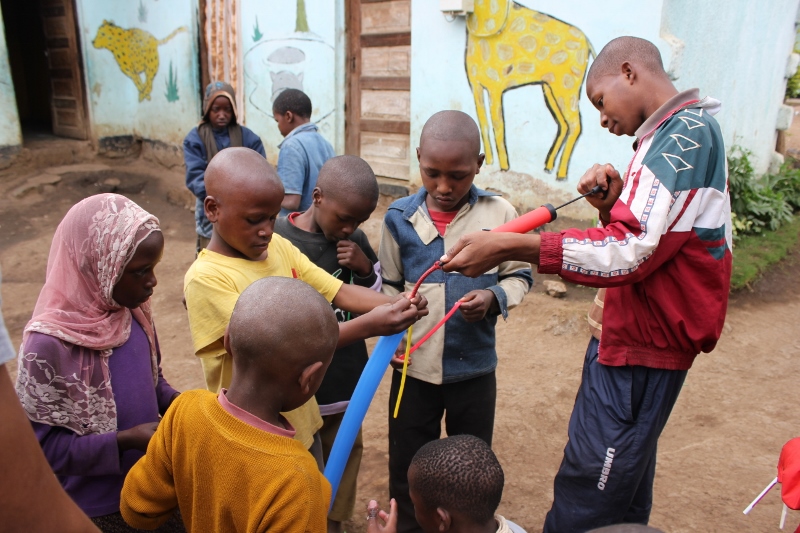 By the end of the visit almost every child toted a balloon, some on their legs, some on their heads. One smarty-pants was even trying to turn one into a water balloon. Brilliant. 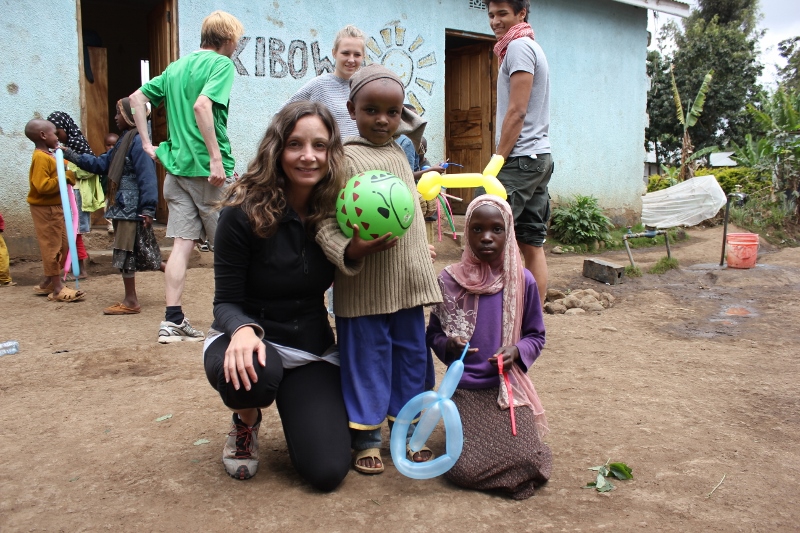 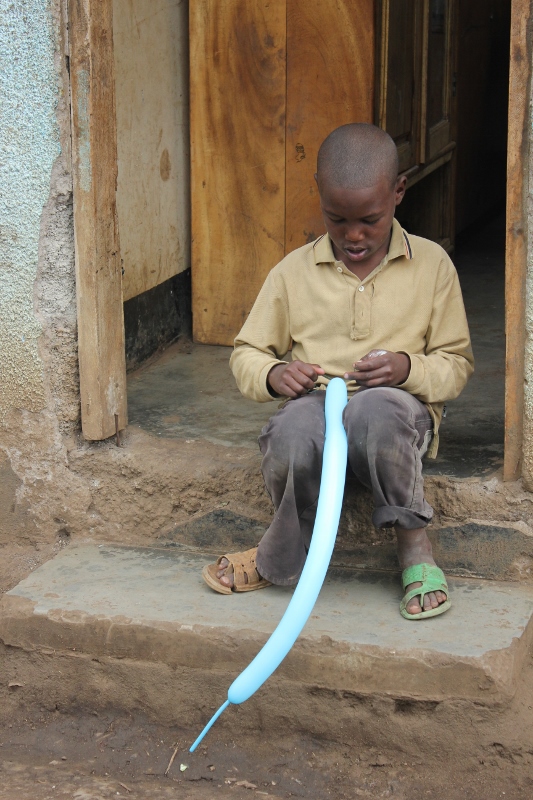 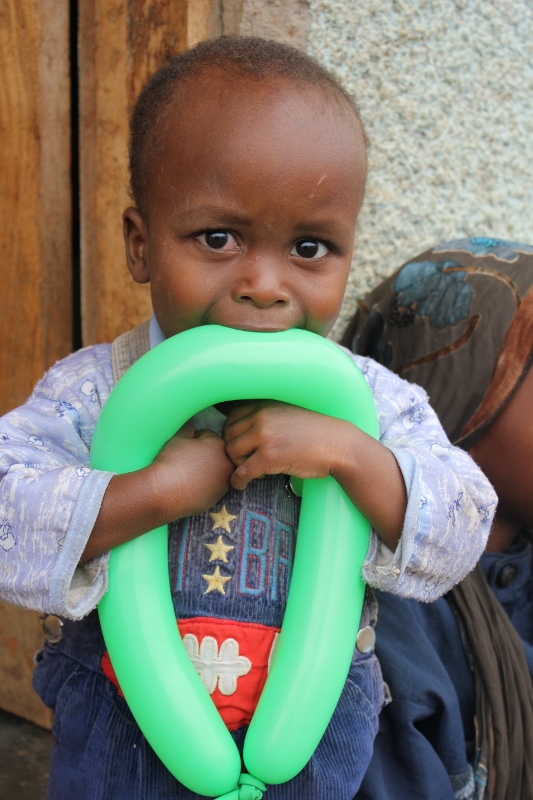 On the same day, we also paid a visit to Essa School, a 600 student private school where the orphanage children attend.

Natasa, a huge advocate of Kibowa Orphanage, said that “with knowledge and support these children can have opportunity.”

She is right. And that’s why it is so important to her that they attend this school, a school that will teach them English, which will give them more opportunities as they grow older. 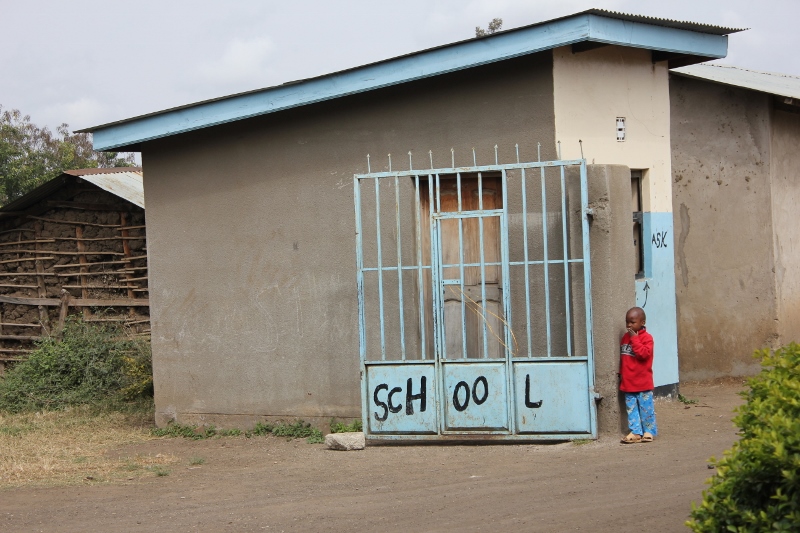 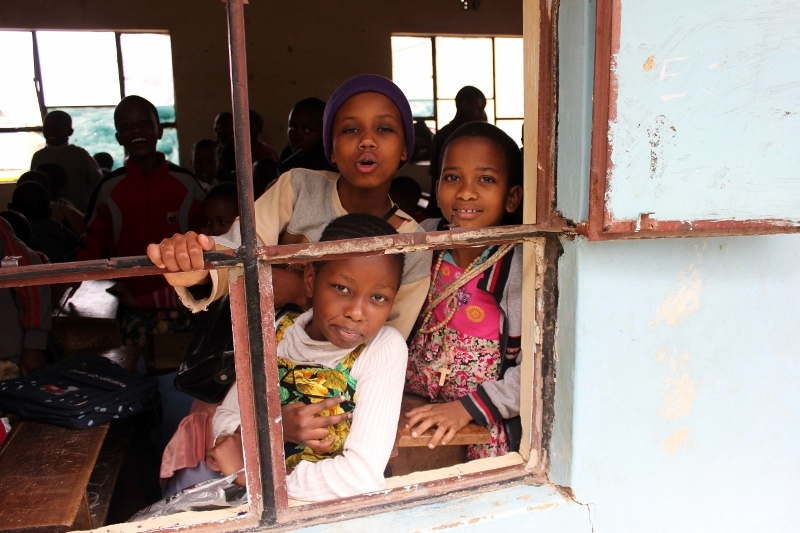 Children piled out of the classrooms when they saw us approaching, curiously eyeing the foreigners that had landed on their turf.

It took all of two minutes before the children warmed up to us, coming close and touching our cameras. I took a picture of the group and then turned the camera around to show them their smiling faces. The giggles were uncontrollable. And for the next hour the kids waved to get our attention and then struck their best pose for the camera. 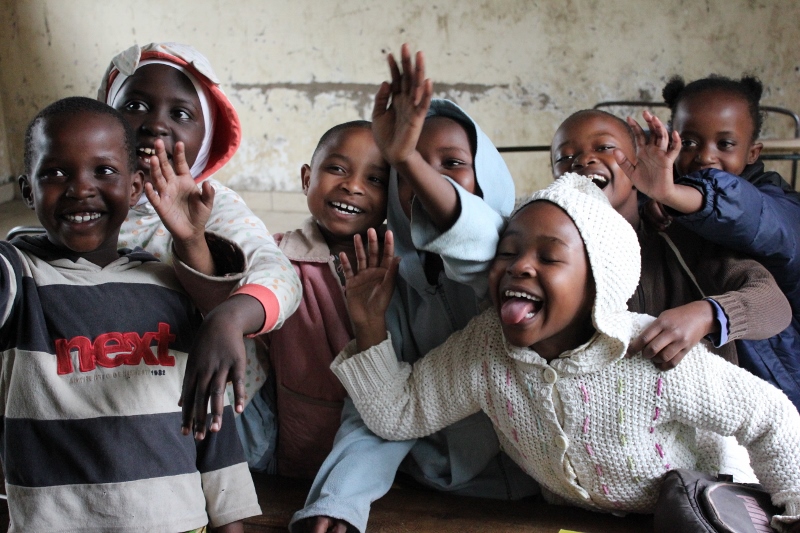 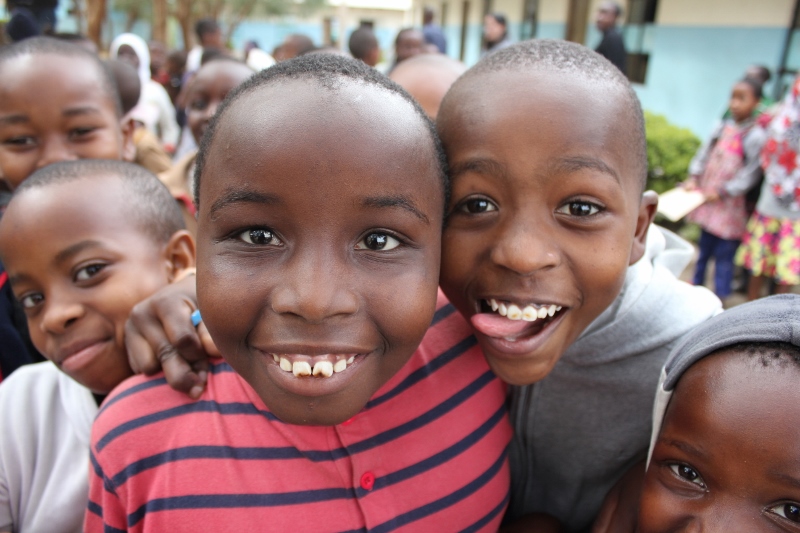 I fell in love a dozen times that day.

There are times when you sit back to reflect on your life experiences and are overwhelmed with emotion. This was that time. The thought of sitting in the middle of smiling children, who have plenty of reasons not to, is inspiring. Yes. They inspired me. They do not need much to be happy. Just each other. And a little hope.

Want to help? Contact Kibowa for volunteer and other support opportunities.

Disclosure: I was a guest of Shadows of Africa, but all the words I write come straight from my, sometimes distorted, mind. Just as it should be.