Along the route of my African safari in Tanzania, I saw the Maasai people dozens of times. Their blue and red frocks gave them away every time. Not only are they scattered throughout the main roads, mostly herding their cattle. Their villages are also sporadically spread on the long stretches of land. These homes are easily identifiable by the small cluster of cow dung huts with straw roofs.

It is hard not to be curious about the Maasai culture. Luckily, I got to take a little peek into their tribal community. 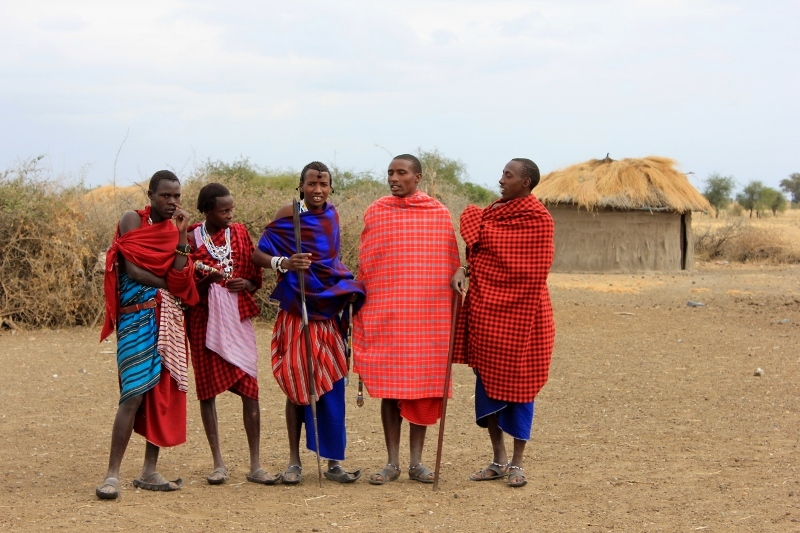 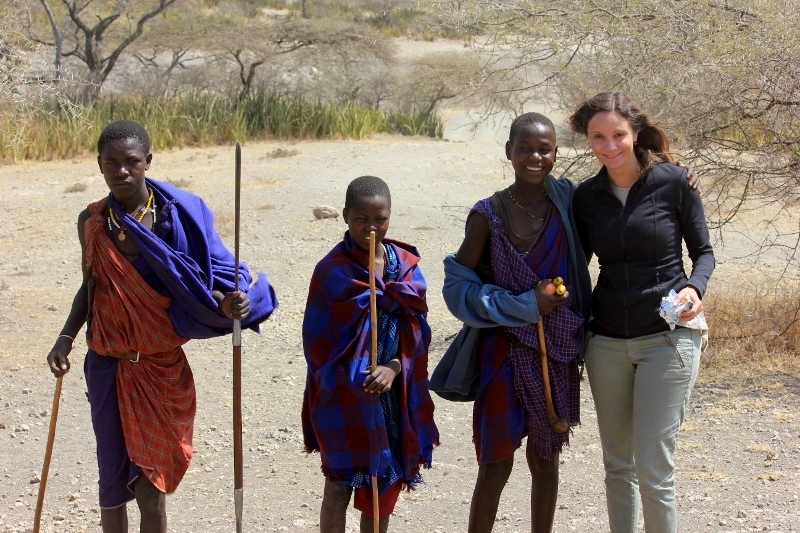 On the way back to the city of Arusha, after a long day on safari at Ngorongoro Crater, our Shadows of Africa driver took us down a dusty, bumpy road to get to a Maasai village.

We were greeted by the chief’s son and he welcomed us into  the inner circle of their living quarters, which consisted of about eight small huts. There was one for each wife and their children, plus one for the husband who alternates which woman stays with him each evening. 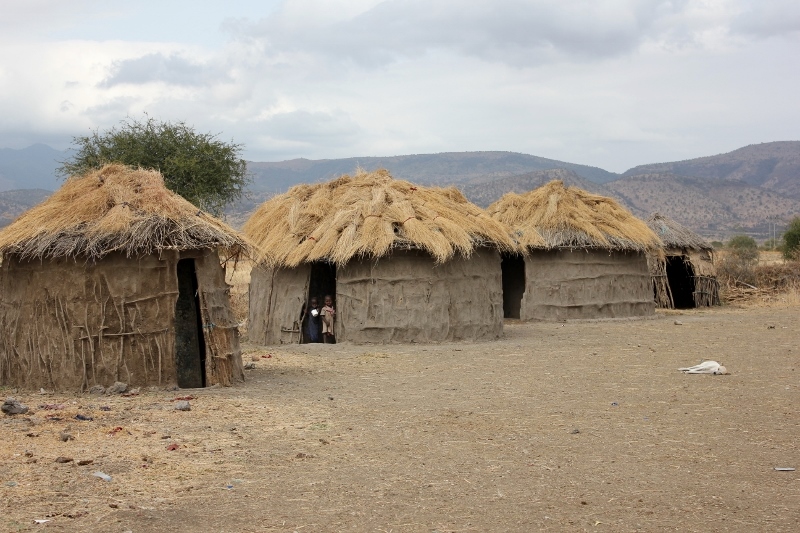 In this polygamist lifestyle, the more wives the chief has, the more respected he is. And the more wives, the less work each one is responsible for, so we were told that many of the women did not mind when another lady was brought into their community.

We were immediately welcomed by the residents with a lively dance, which consisted of chanting in combination with the men jumping high and the women performing in a rhythmic bouncing motion.

I was brought into the center of the group to participate into this tradition, which confirmed I have no rhythm, even when it comes to simply bobbing up and down. 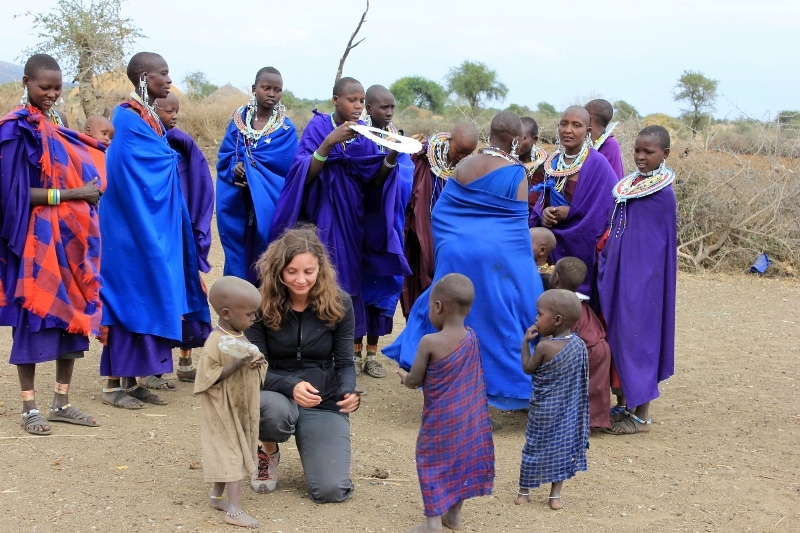 Though the dance was an enjoyable experience, it was difficult for me to concentrate on the technique when the handful of sweet children were at my feet, the exposed parts of their bodies covered in flies.

I wanted to brush every one of them off, and I did, but they just returned seconds later.

Being that this is a reality of their lives, the flies didn’t seem to bother them as much as me. 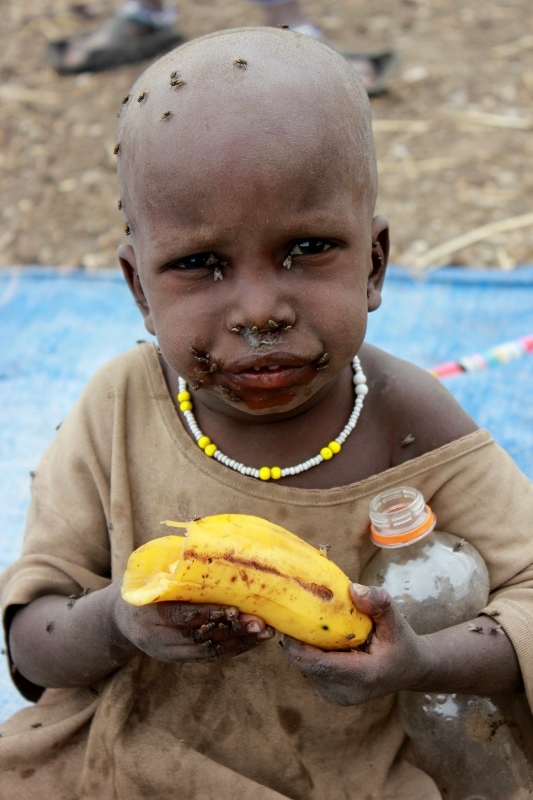 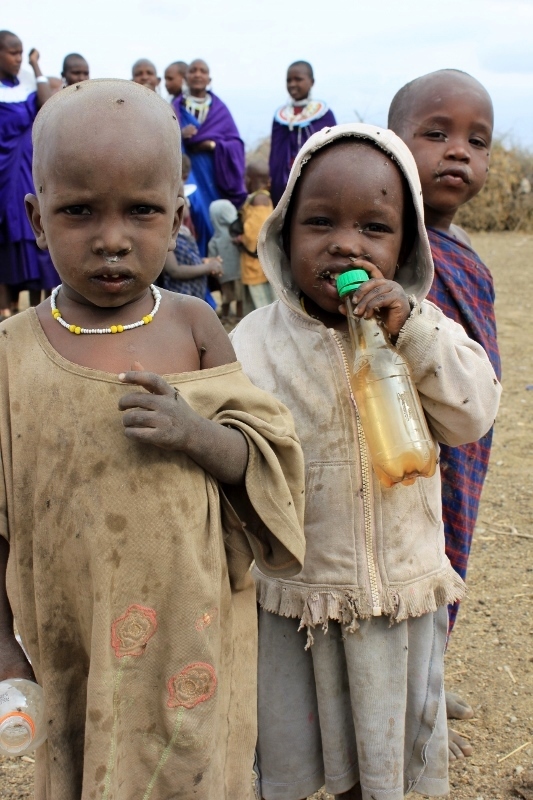 Baraca, the son, was gracious enough to give us a brief tour inside of the chief’s hut, which was made entirely by the women of the tribe. The interior consisted of three tiny rooms, one for the husband and wife, one for the children and the main area was a kichen. Each of the rooms could not have been larger than 5’x6′.

The bedrooms were mostly vacant besides the blue tarps that lined the floors. The other room, which had a dirt floor, housed a couple of ceramic mugs, a teapot and a towel. 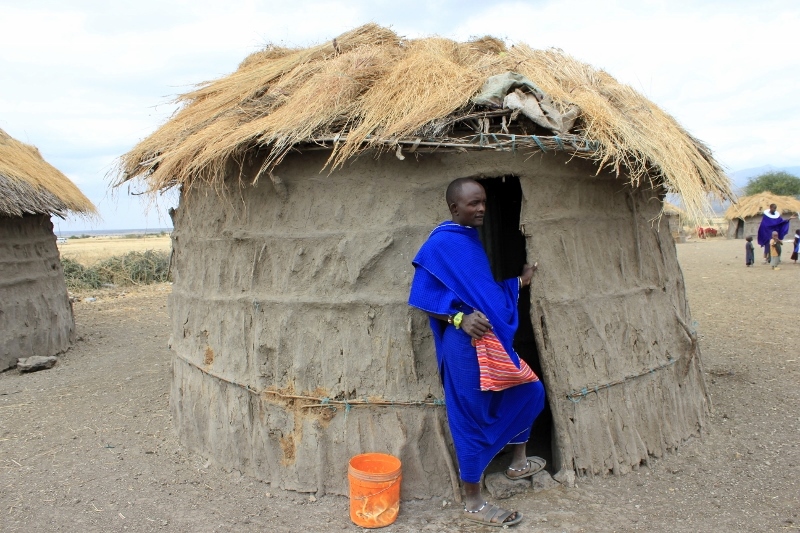 The women actually do most of the work inside of each village, while the men are in charge of creating wealth, with their herds of cattle and being the warriors. Their livestock holds so much value because it is also a form of currency, being traded for an array of goods.

Not only are the cattle used for currency, they are also used for nutrition. Even the cows blood is drank on special occasions, such as a circumcision. The recently circumcised boys will dress in black with white paint on their faces. They do not use any medication, the one that doesn’t cry is said to be a warrior.

Drinking the blood after is not only a tradition, but is said to help with nourishment during healing. 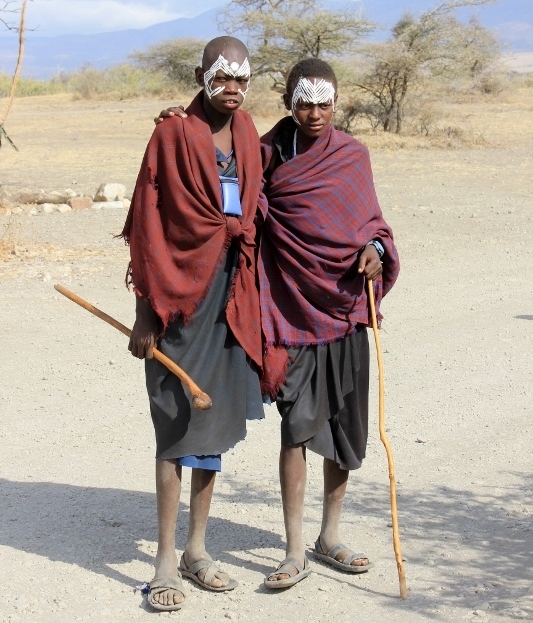 Before departing the Maasai village, the son led us to a small section of handmade beadwork that they were selling at outrageous prices, but I still paid a whopping $30 for one necklace (he wanted fifty). The necklace may not have been worth the money, but the experience of visiting the tribe was.

Disclosure: I was a guest of Shadows of Africa on this safari, but all the words I write come straight from my, sometimes distorted, mind. Just as it should be.