After eating pintxos in Sitges, I swore that it was possible to survive solely on these toothpicked Spanish specialties. But, then I ventured into the other tapas world. And I learned that my love for the other type of tapas may be just as deep as the one for pintxos. Possibly deeper. What’s not to love? The smaller sharing plates of Spanish delicacies meant there could be more sampling of delectable dishes all in one sitting.

Taller de Tapas in Barcelona is a master at artfully creating traditional and unique tapas. With four locations, one will never be too far. We seemed to keep running into the one in the Born district.

Even though I couldn’t read a word of what was written on the Taller de Tapas mirror, the meals on the tables of the other patrons were drool worthy. If nothing else, the server could follow me around the restaurant as I ordered by pointing to the diners plates.

Luckily, the menu was written in three languages; Spanish, Catalan and English. I am fluent in one of those. Barely. 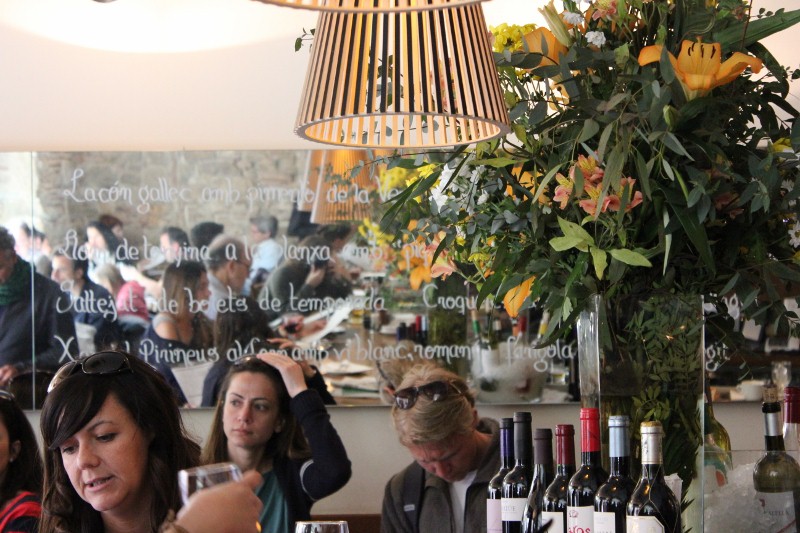 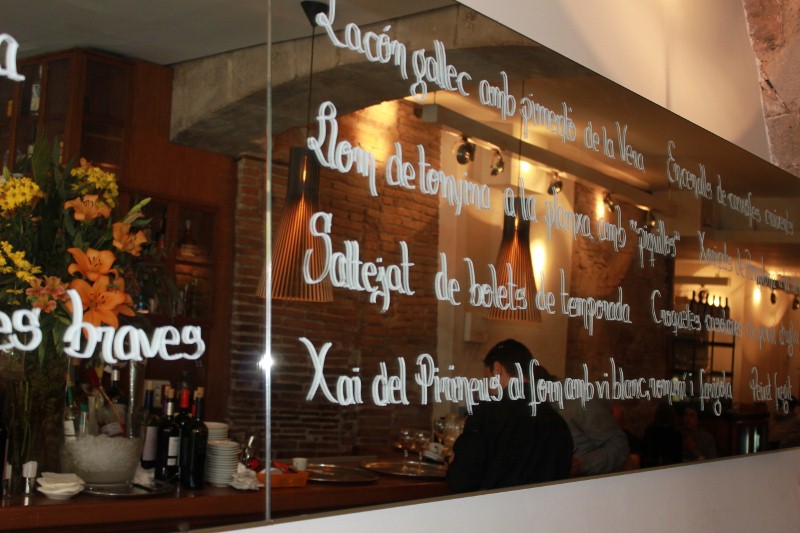 We started with the simplest of the Spanish tapas, the ones we knew would please.

And they did not disappoint. 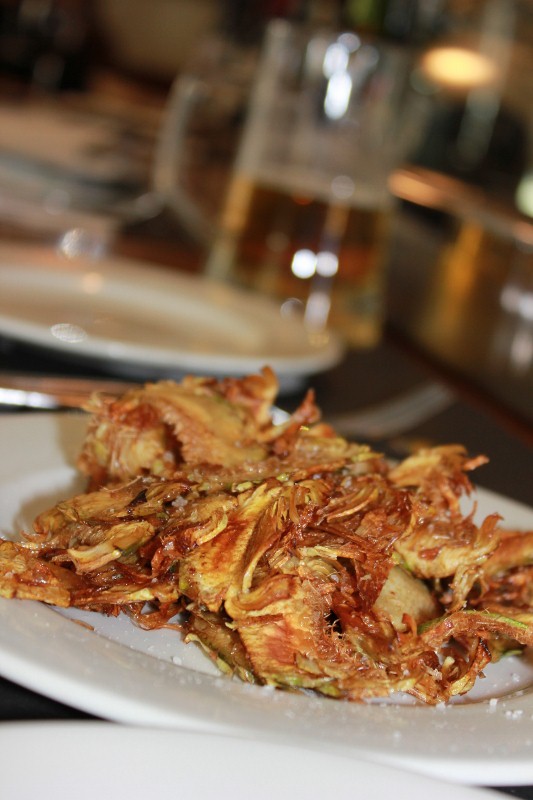 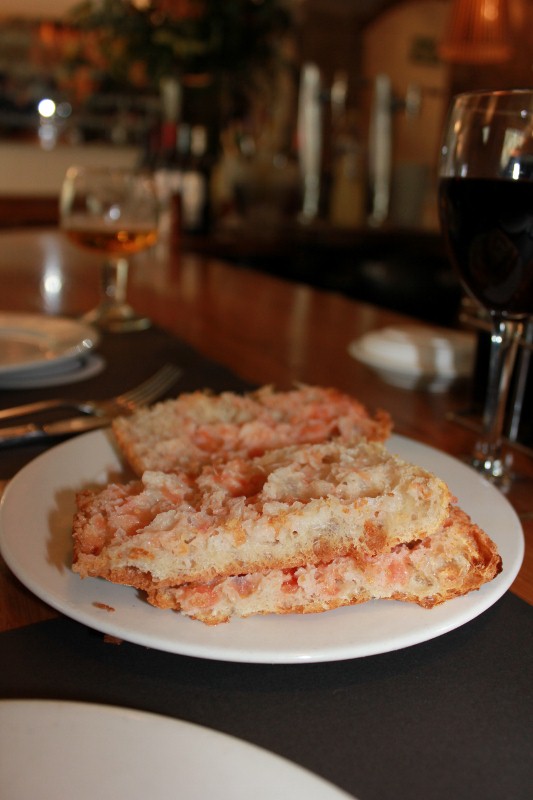 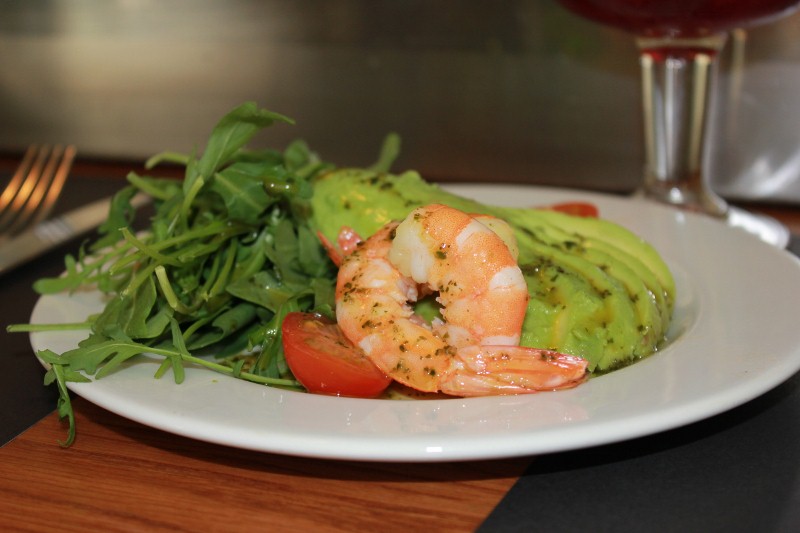 We moved on to the Seafood Paella, even though it has already been determined that I don’t like Spanish paella. But, just look at Peter waiting at the counter for his paella. It would just be wrong to deprive him.

I am certain that this paella specimen was of the highest caliber, and it looked stunning, but still not a fan. 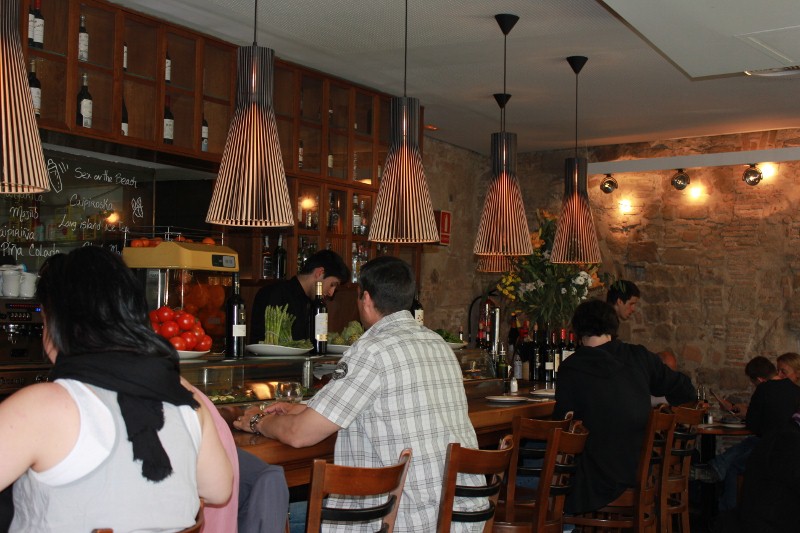 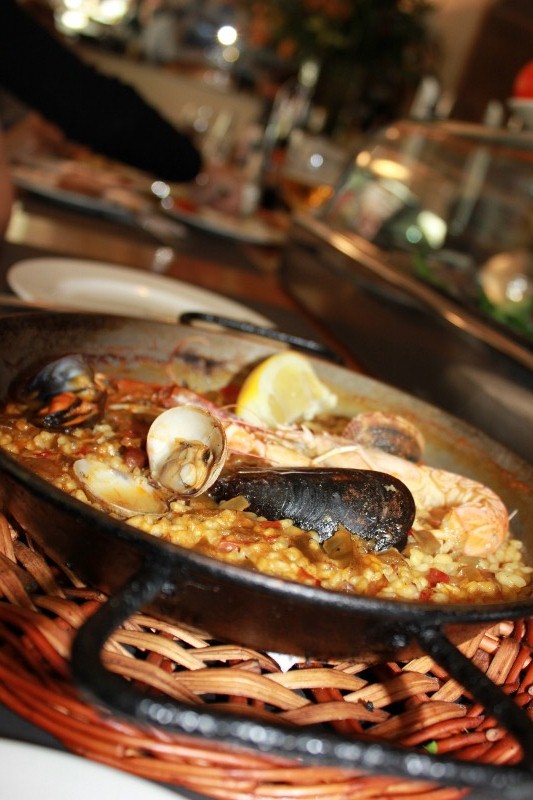 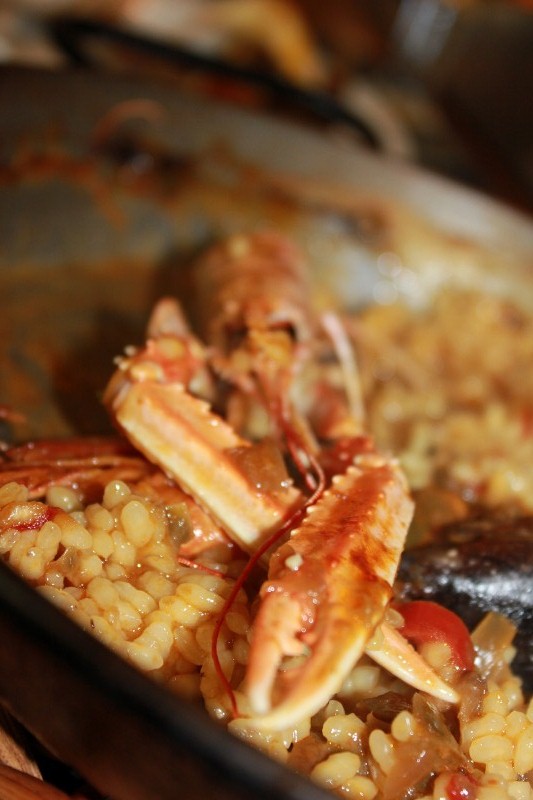 And then, the clouds parted, stars aligned and birds chirped. The Sauteed Spinach with Iberian Pancetta and Chickpeas hit the table. We all are aware that everything tastes better with bacon (except chocolate chip cookies, but that’s a different story).

Peter better watch his fingers, I would have stabbed him for the last bite. 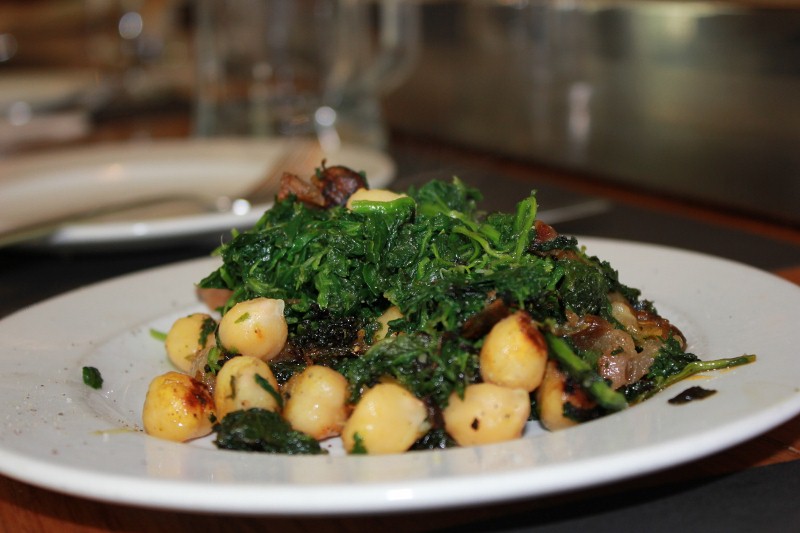 I am typically not a restaurant revisitor while traveling, there are too many new options for me to try. But, there is an exception to every rule. And this was it. We returned the next night just for a sangria and this dish.

Now I am salivating.

What are your favorite tapas? Have you had tapas in Spain?