Go Glamping in the Center of Africa’s Serengeti

I am not a camper. There, I said it. Call me high-maintenance, but there is nothing fun about pitching a tent, sleeping on the floor and peeing in the bushes. Besides, I can easily make s’mores on the gas burner of my stove at home. So, when I heard we would be sleeping in tents in Serengeti while on an African safari, I was not thrilled. But, what I didn’t know was that we would be Glamping, a luxury sort of camping that doesn’t require me to squat in the wilderness. 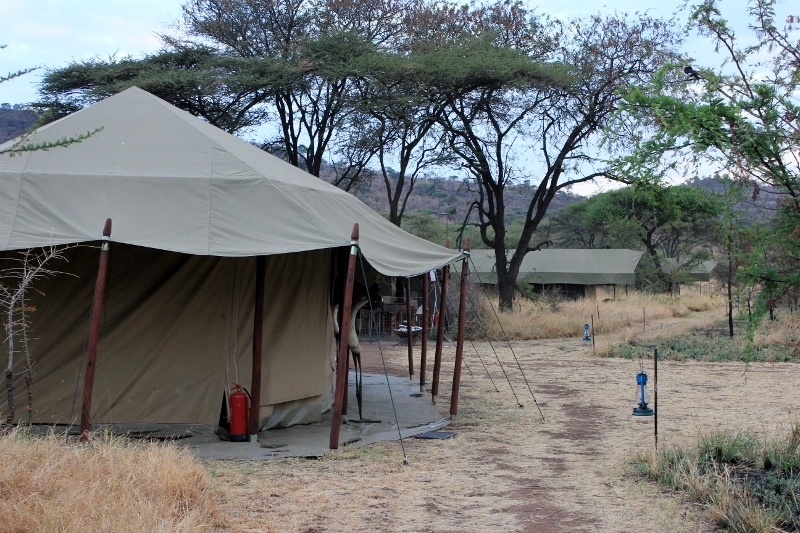 After a long, dusty day on safari in Tanzania’s Serengeti National Park, we were all just looking forward to a warm bed, decent food and a hot shower. On that particular evening the Shadows of Africa tour team, booked us at Osupuko Camps for a luxury camping experience. It is miles away from any other camps, out in the wilderness where the wildlife run…wild. 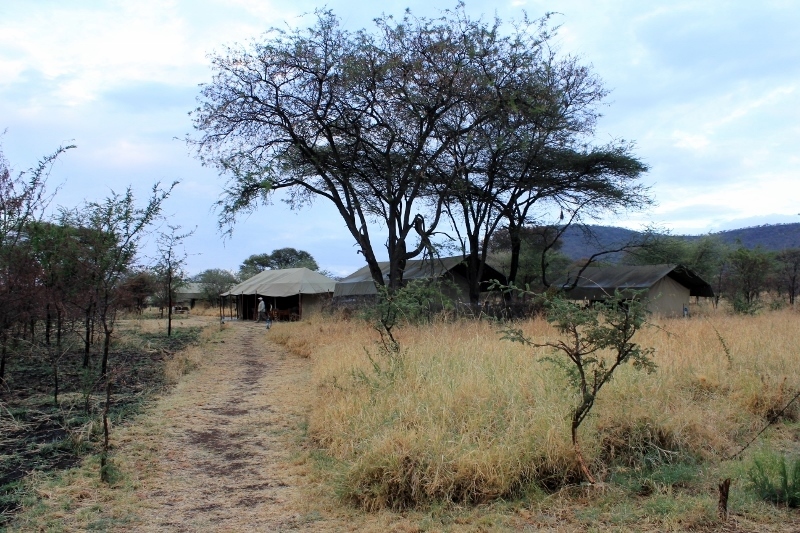 We drove down nameless dirt roads for miles until there was a sign that this lodging actually existed, glimmering lights. How the driver found it in this remote location was beyond me.

The camp had ten boarding tents, plus one for dining and a kitchen one too. These tents were not your typical popups, they were large, standup versions made of heavy canvas. My individual one had two full size beds, a shower, sink and flushing toilet. This is my kind of camping. 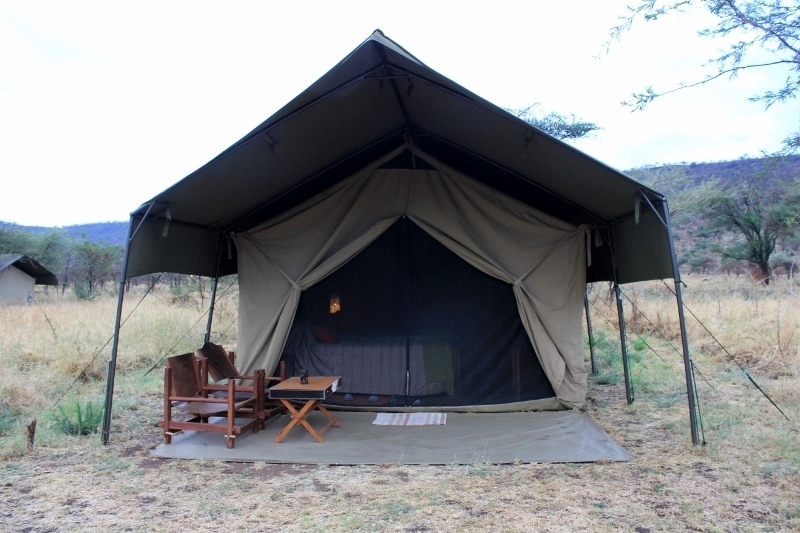 We were each given a flashlight, or a torch as they called it, for getting the attention of an assistant to walk you to and from the tent at night.

You wouldn’t want to get eaten by any hungry critters out there.

After getting settled in, and just before dinner, a group of glampers sat around the fire sipping cocktails. Yep. They have a pretty well stocked bar too. Glamping is good. As we drank, the shining eyes of gazelles could be seen in faraway bushes, not daring to come too close, but a reminder that we were still on safari. 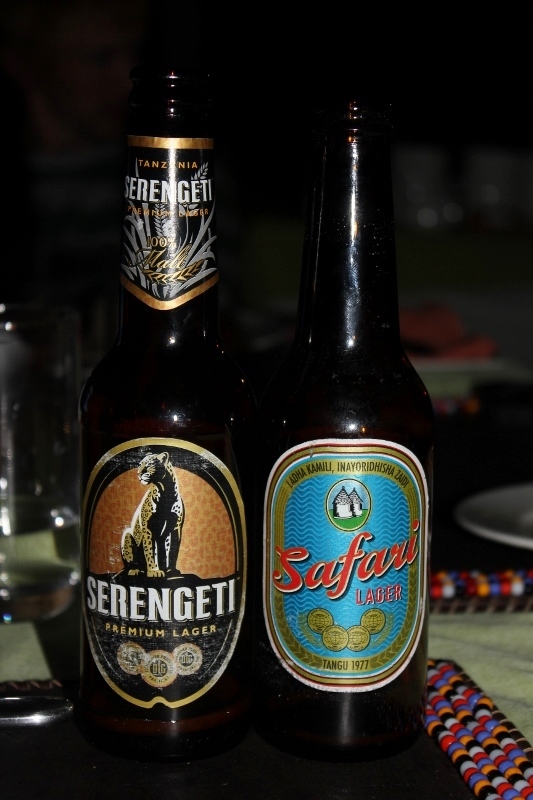 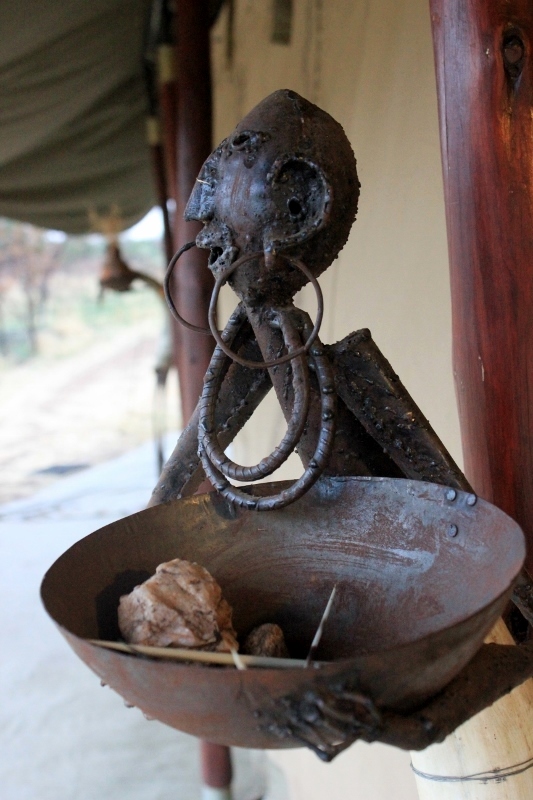 Dinner was served at 7:30 and there was no need to spend time lighting a grill, marinating the meat or setting the table. It is all done for you, as if we were dining at a restaurant with a set menu. The meal was steak, rice and a vegetable.

And though it wasn’t five-star dining, it wasn’t burnt hot dogs either and I didn’t have to do a thing to prepare it. Bonus. 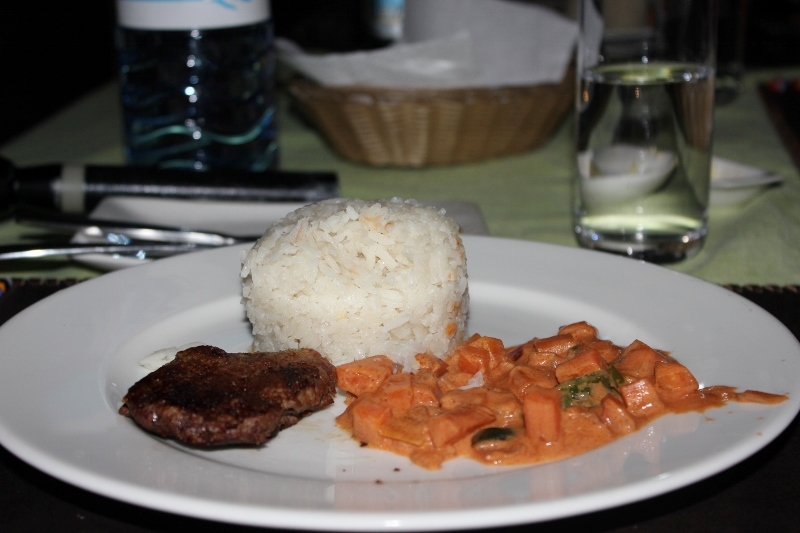 Showers had to be scheduled, if you actually wanted a hot one, which I did. In order to properly execute a warm shower, one of the staff had to hoist hot water above your tent and pour it so it flows down into the shower head, until you tell him to stop. Yes. A bit archaic.

But, did I mention there was a HOT shower while camping?

Tucked under the covers that night, in my room alone, it was an adjustment getting used to the evening noise; the wind blowing the walls of the tent, random animal calls and light footsteps outside the zippered door. But, eventually I fell into a deep slumber wakened by the sun shining through the mesh window of my canvas abode. 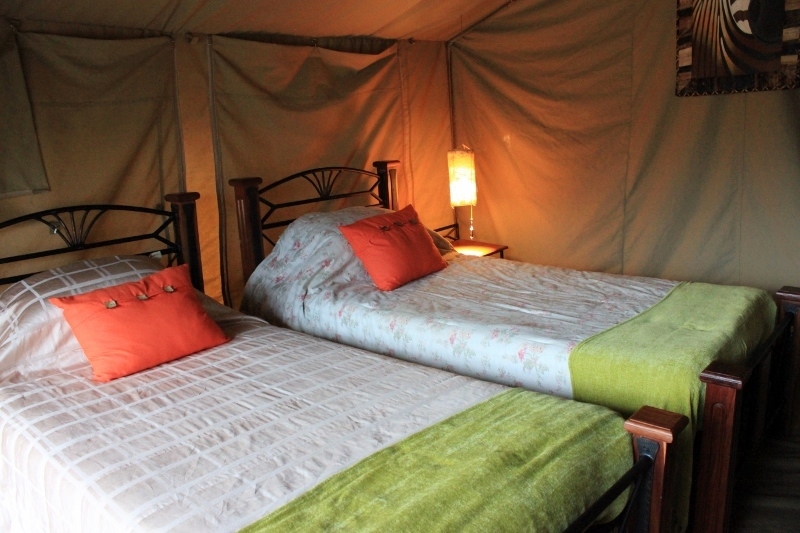 I rubbed my eyes and reflected on the prior evening, realizing that the only thing missing was the S’mores.

Glamping must include S’mores.

Disclosure: I was a guest of Shadows of Africa & Osupuko Camps, but all the words I write come straight from my, sometimes distorted, mind. Just as it should be.