Cape Town is the legislative capital (one of three capitals) of South Africa. It is the second most populous area of South Africa and the 10th most populous city in all of Africa. In 2014 The New York Times named it the best place in the world to visit, and we’re going to give you 9 reasons why we just crossed it off our bucket list and you should too. 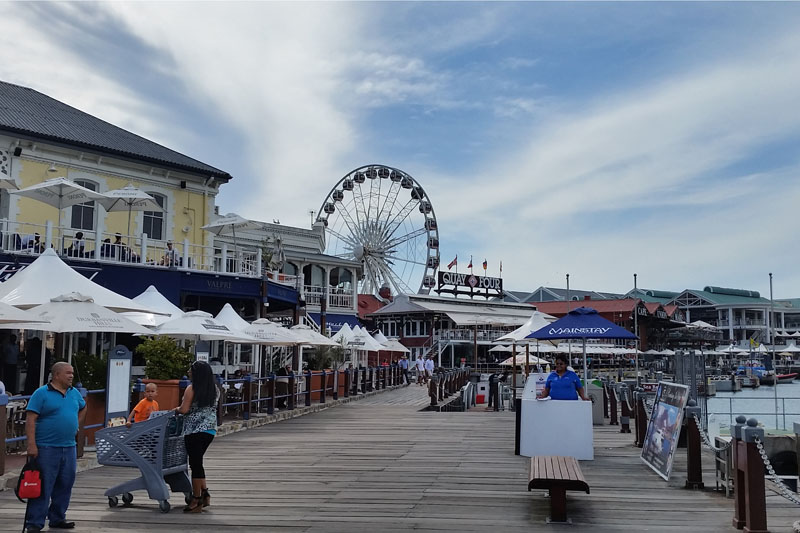 1. Stop and shop at the Victoria & Alfred Waterfront

Situated in the heart of Cape Town’s working harbour, you’ll find a variety of restaurants and shops at the Victoria & Alfred Waterfront, and even a giant ferris wheel! We walked about 3 miles from our hotel to the waterfront and it was well worth it to be on foot.

2. Get a private tour

There are essentially 3 types of city tours available: bus, group, and private. Our private tour guide was amazing, and we wouldn’t have seen half of what we saw without his help. The tour started around 8am and was supposed to end around 4pm, but our guide kept us in the city an extra 2 hours to see the sunset. 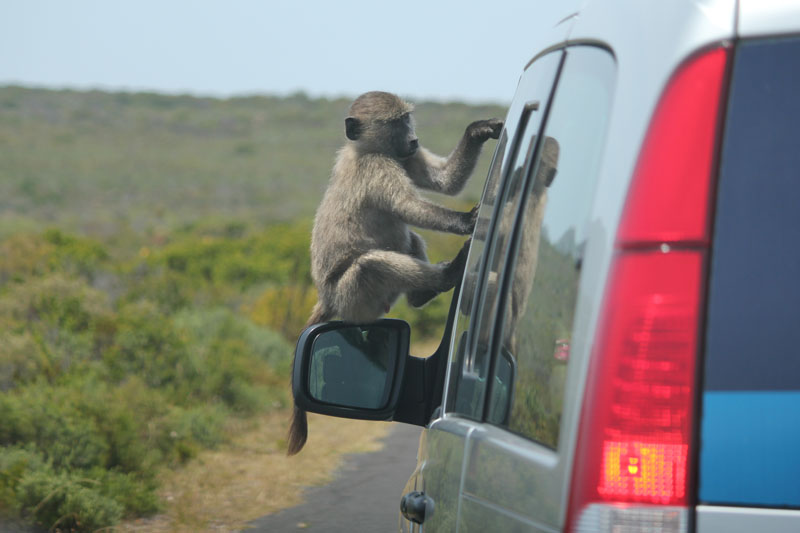 Many people believe Cape Point to be the most southerly tip of Africa, but it is actually the south-westerly tip. Either way, driving through the park is absolutely gorgeous. You’ll pass two navigational beacons erected by the Portuguese–Dias Cross and Gama Cross–to commemorate Vasco da Gama and Bartolomeu Dias as the first explorers to reach the Cape. Most famously though, are the Chacma Baboons that aren’t afraid to come right up and say hi. 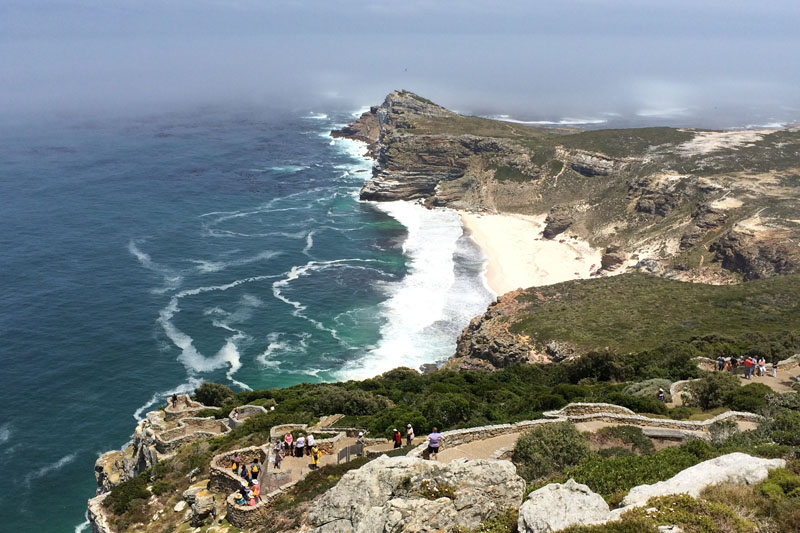 4. Hike to the Cape Point Lighthouse

A quick 20 minute hike to the old lighthouse will give you a gorgeous view of the Cape of Good Hope, which also happens to be the infamous crash site of the Lusitania. 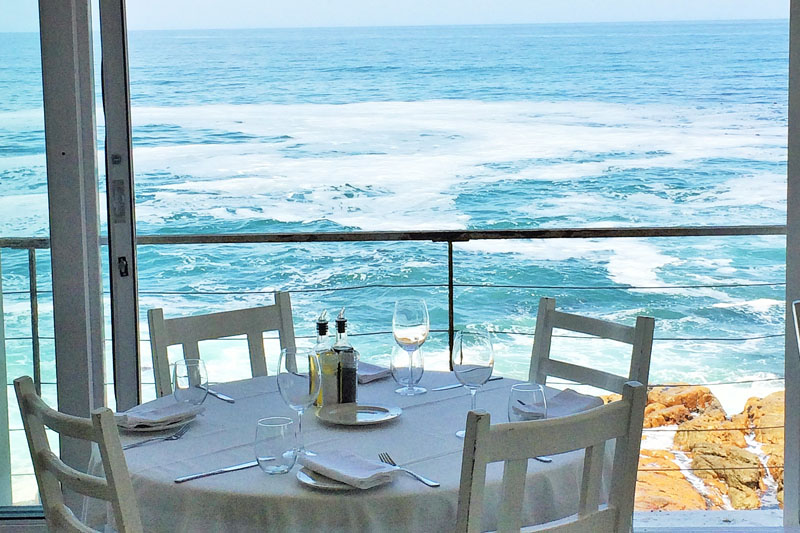 There are several restaurant’s right on the water of Kalk Bay, we chose to eat at at the Harbour House. The food is great, and if you get there early you can get a table with a gorgeous view of the coast. Plus, it’s a great place to stop on your way back from a morning trip to Cape Point. 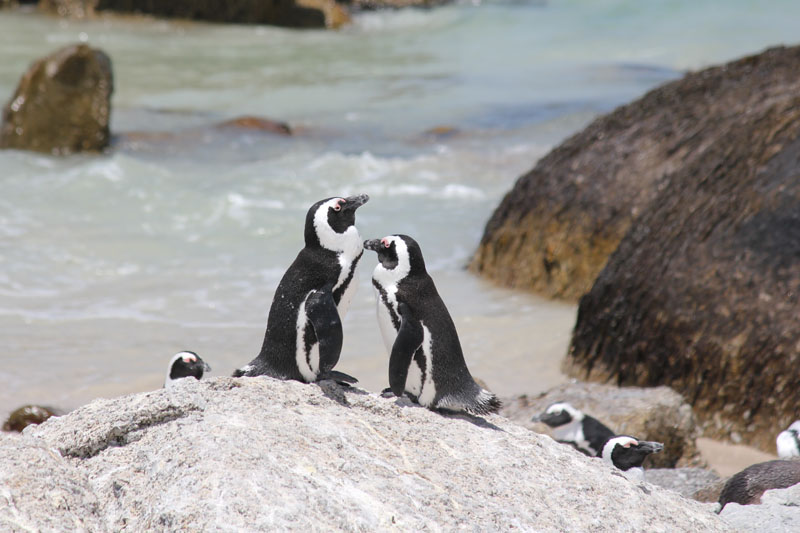 The African Penguin is the only penguin species that breeds in Africa. They can be found in various beaches along the coast, but mainly at Boulders Beach near Simon’s Town. Years ago you were able to walk amongst the penguins, until a tourist decided he would try and steal an egg. Now you have to stay on the boardwalk, but it’s still worth the trip. 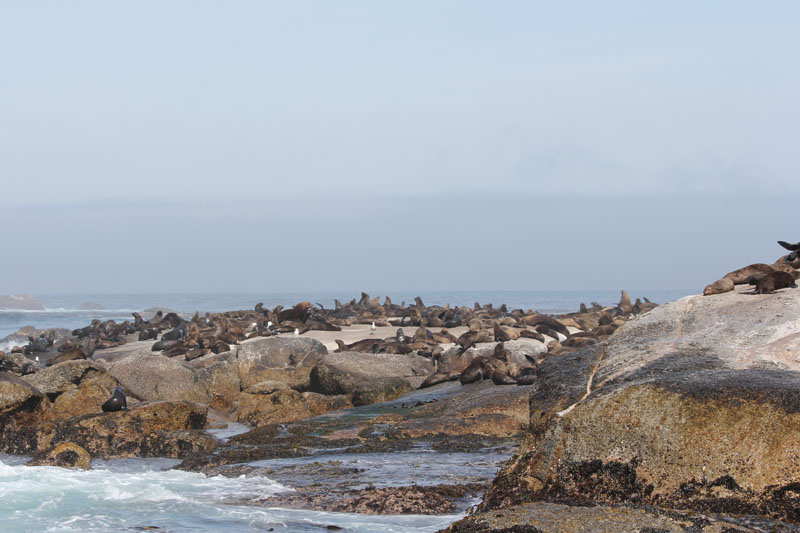 Technically it’s called Duiker Island, but you’ll find out quickly why everyone refers to it as seal island. Take the first boat in the morning, before the crowds and Keep your eyes peeled on the way out because many of the seals have their own little spot in Hout Bay Harbor. 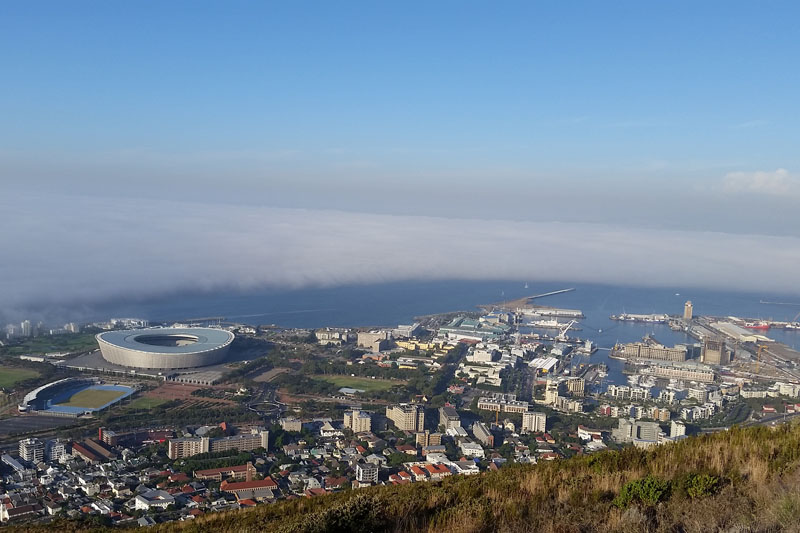 8. Drive up to Signal Hill

Bring a sandwich and have a picnic at the top of Signal Hill where signal flags were once used to communicate weather warnings to the harbor. Once you’re done with your sandwich, you can walk a few minutes down the road to see a spectacular view of Cape Town and Cape Town Stadium that was built solely for the 2010 FIFA World Cup. 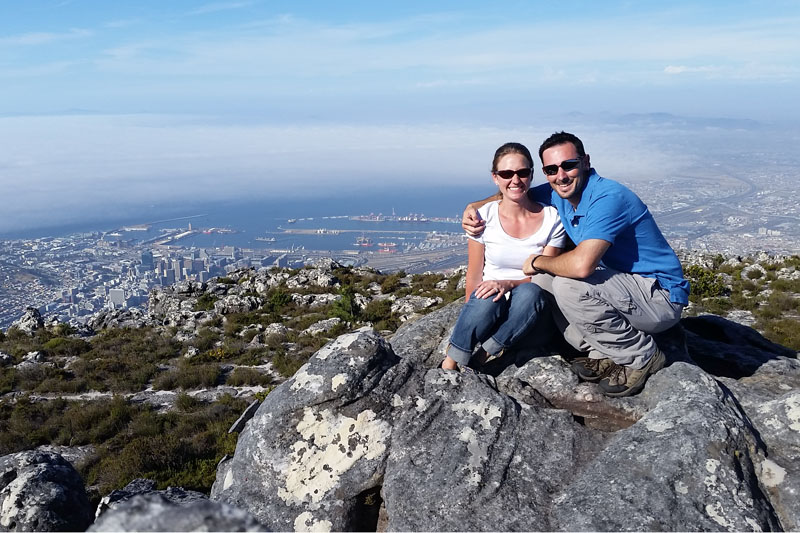 The locals will tell you that if it’s clear out head to Table Mountain right away. Clouds will move in and out of Table Mountain obscuring the best view in all of Cape Town. There are hiking trails on top of the mountain, as well as some longer trails up to the mountain if you don’t want to take the aerial cable car. 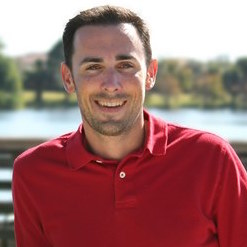 Wesley Banks is the author of Hope In Every Raindrop, and blogs at WesleyBanksAuthor.com when he’s not out exploring the world with his wife and two dogs.