It was a slow night at Tunk’s Oyster Bar. Today was the first day of squirrel season in Louisiana, evidently a big event in this part of Alexandria. Many local folks were probably at home cleaning their catch and making squirrel stew, instead of dining out. Unfortunately, squirrel is not served in restaurants, so eating that was not going to happen tonight. But, frog legs and alligator would. That will suffice.

We pulled into the gravel parking lot, which on any other day would have been completely full. A wooden cabin-style restaurant stood before us with a picturesque view of lake Kincaid on the left. Also, on that same side, down the stairs was Tunk’s Oyster Bar, a smaller section of the large eatery. 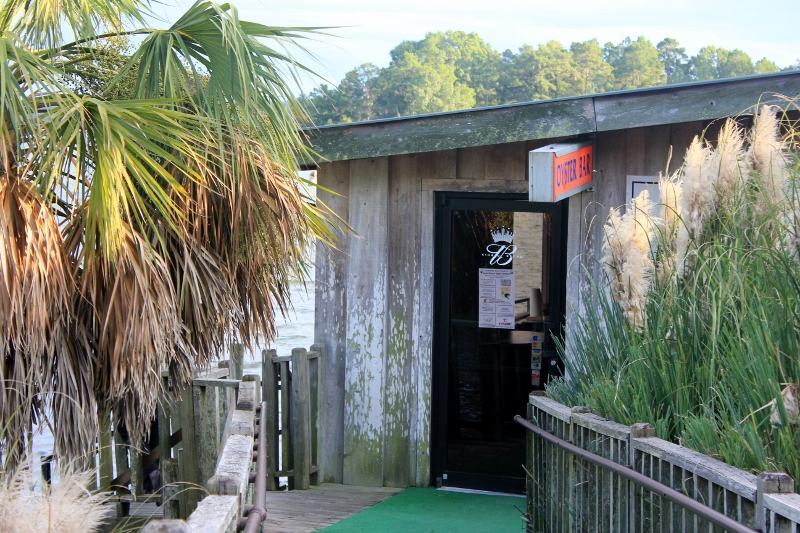 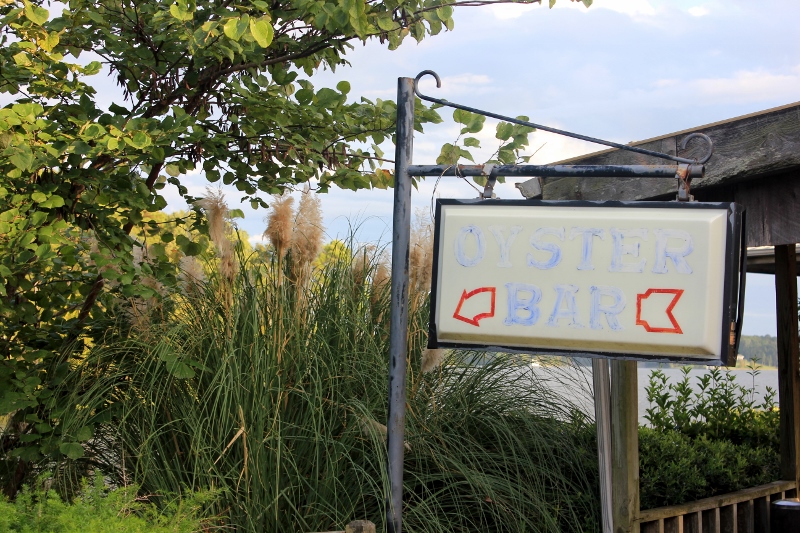 We walked in, passing through the bar, as Journey’s “Lovin’ Touchin” was playing in the background. We were seated at a table that bordered the weathered wooden patio on the lake, a place where incoming boats could dock and you are able to feed the bobbing turtles with the saltine crackers found on every table.

A dozen turtle heads stuck out an inch above the water, waiting for their carb dinner. I was waiting for mine too. 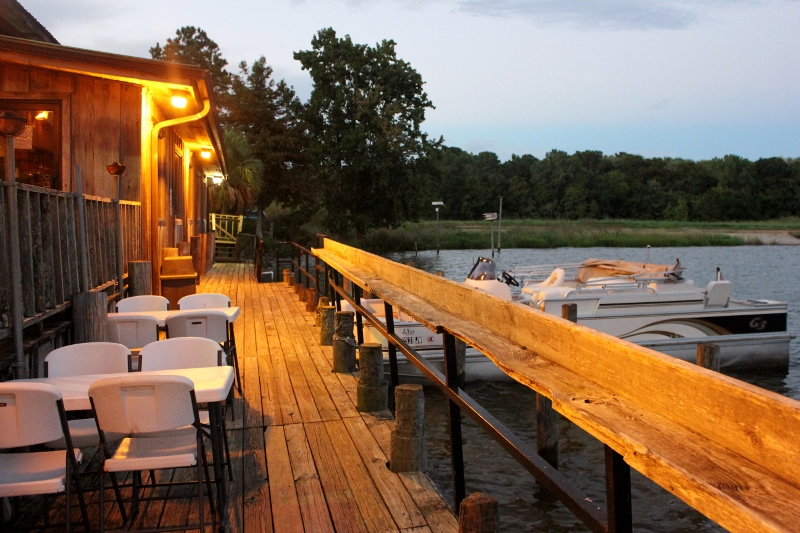 We started the meal by snacking on a plate of frog legs, which arrived to the table looking like a crispy fried chicken leg. And that is what I had to tell myself that they were in order to be able to take the first bite.

These bullfrogs must have been huge, because each leg was well over half a foot long.

The meat had the texture and taste of a chicken leg. I like chicken legs. And I may have liked frog legs too if each bite didn’t remind me of my childhood pet toads. 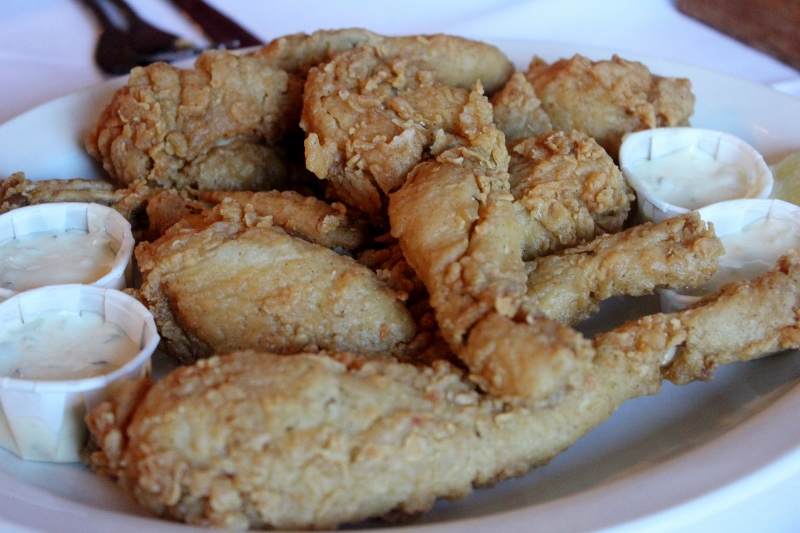 Then came the Cajun style alligator, small chunks of seasoned meat with a touch of spiciness.  I had eaten alligator before, but this was different. This was really good.

It was incredibly tender and a flavor that crossed the tastes of chicken and pork. This was one weird food that I went back for seconds. And maybe thirds. 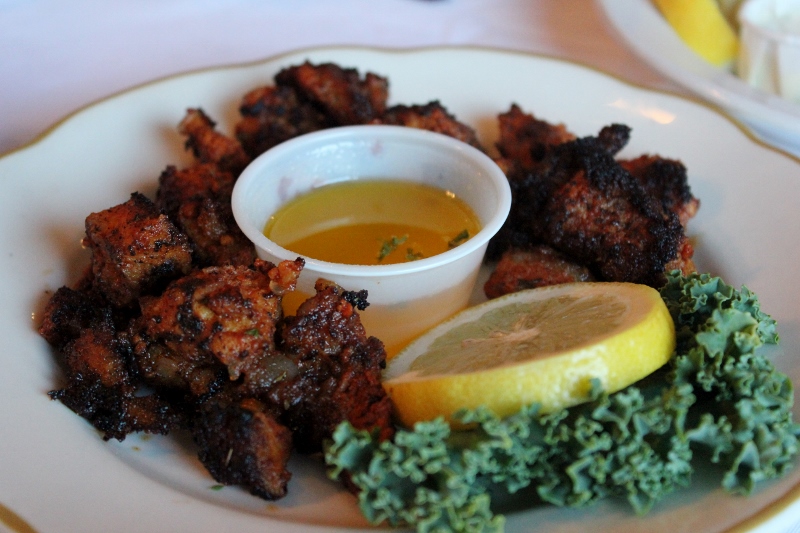 For my main dish I ordered something else that Tunk’s was known for, the Snapper Sandy. This rich dish was a blend of snapper, crabmeat, shrimp and crawfish tails in a creamy sauce served in a brown paper bag. The server took a pair of scissors to cut the bag open and release the aroma of fish. This was a dish that couldn’t possibly be bad because it was drowning in a gooey, yummy cream sauce. 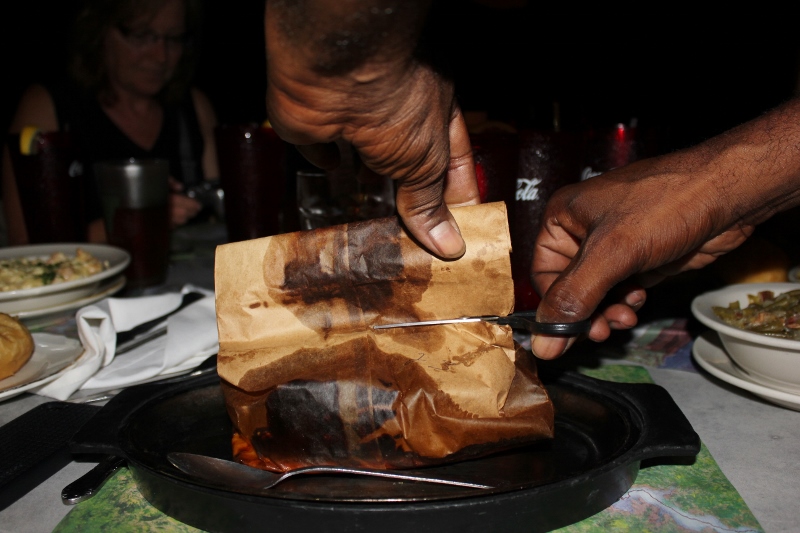 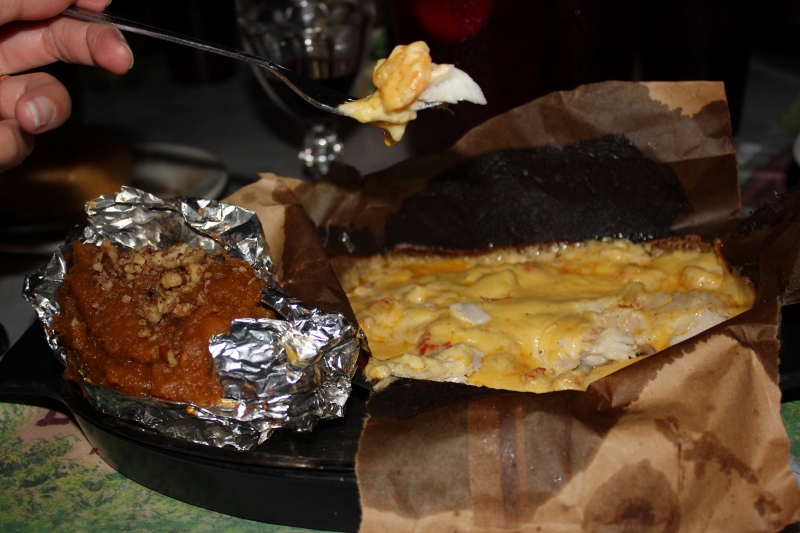 After this meal, frog legs received a check off the bucket list, but squirrel still remains. Anyone want to invite me over for a squirrel stew dinner in Louisiana next year?

Disclosure: I was a guest of  Alexandria-Pineville CVB, but all the words I write come straight from my, sometimes distorted, mind. Just as it should be.