Get Spooked at the Catacombs in Paris

There aren’t many things I would stand in line almost three hours for. In fact, the last time was over fifteen years ago to get an autographed copy of Anne Rice’s newest novel for my husband. And at that time there was no option for cell phone entertainment. At least while waiting to get spooked at the Catacombs in Paris I had Angry Birds. Either way, it was worth the one hundred and sixty-eight minutes of anticipation.

The Catacombs in Paris, France is a labyrinth of caves underneath the heart of the city and the resting place for the bones of six million Parisians. 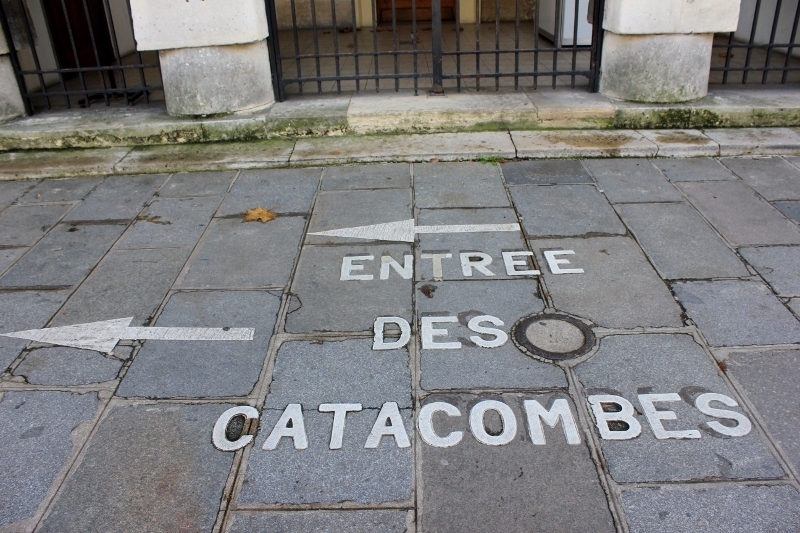 Starting in the late eighteenth century, remains were transferred to the ossuary as overcrowded graveyards were closing due to the risk to the public. Though the underground maze is extensive, the portion that is open to the public is a two kilometer Catacombs tour filled with skulls, bones & stones. Creepily cool.

We arrived a half hour before opening and were greeted by a line about a half block long. That didn’t scare us, so we decided to run across the street for a pastry and coffee first, just to see if it shrinks a bit. Dumb idea. By the time my cappuccino was finished the line was two and a half blocks long. We took our position. And waited.

It was one of those things where just when you think you don’t want to wait any longer, the line moves two feet. Inspiration. 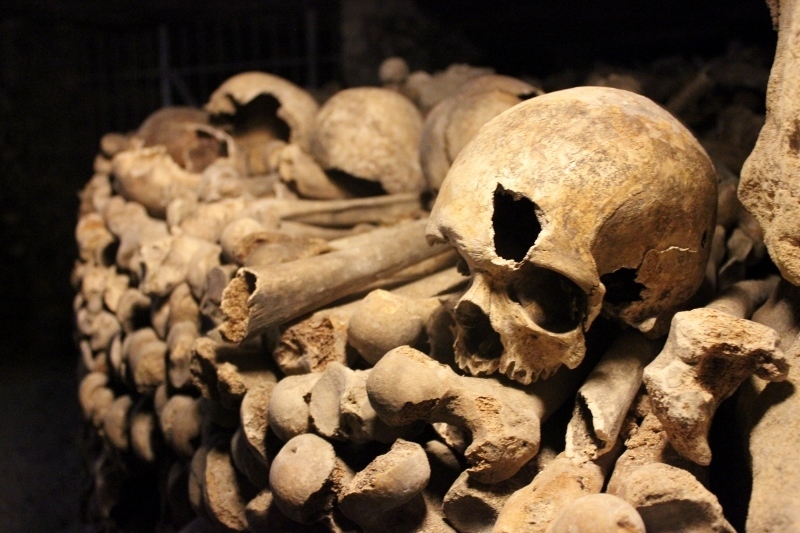 Finally, we entered to the dimly lit, narrow passageway and cautiously traveled through a tunnel and down the 130 stairs. For the first portion there were no bones in sight, then they started to border the walkways, with a row of skulls at the top. All neatly stacked.

Sadly, there would be no way to identify loved ones here.

We continued to explore the endless thin paths, which led to chambers, which led to more femurs and craniums. It was an overwhelming display and at times you forgot that those were the actual remains of real people. And when I did remember, I got spooked. 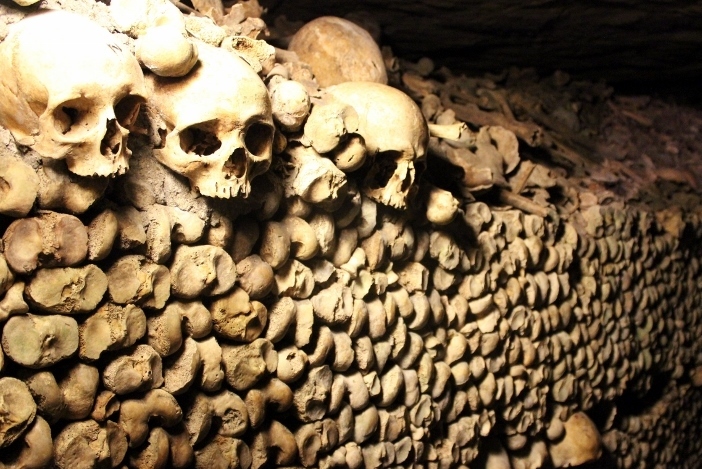 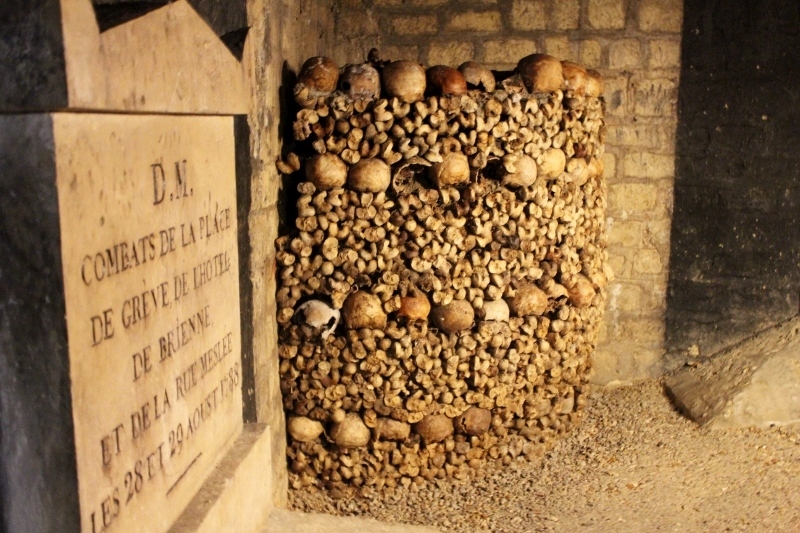 When we reached the end, a stern guard stood at the exit to check our bags, just to make sure I didn’t stick a humerus bone in my purse. Not a chance.

Is getting spooked at the Catacombs in Paris on your bucket list?