Eat Pizza by the Pound & Stalk Cats in Sitges, Spain

Sitges is a charming beach town in Spain, just a forty minute train ride from Barcelona. It is also the same place where fish nibbled on my feet and my first pintxos experience was had. Apparently lots of cool stuff happens in this city.

To further support my case, Sitges sells pizza by the pound. Not by the slice. By the POUND. Genius. Yes I am fully aware that they use kg in Spain, just go with it.

Enrich bakery boasts a consistent line out the door of hungry patrons waiting for their baked goods. For good reason. You will find a tempting selection of artisan pastries, breads and pizza. Since I had already taken advantage of the complimentary breakfast at The Mirror Hotel, something savory was now in order. Namely, pizza. 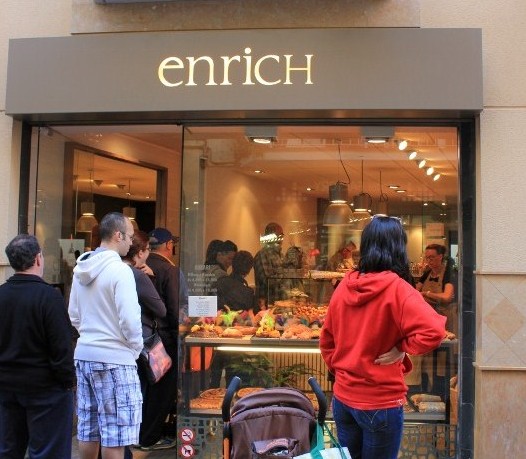 Luckily, there were only a few pizza choices, because I immediately wanted a pound of each.

Though, after briefly rationalizing with myself, saving a little stomach space for the upcoming pintxos was a better idea. So, using my hands to indicate the approximate size that was desired, I only spread them out approximately five inches. Respectable and not gluttonous. The counter lady then cut off my requested section with a pair of scissors. Just like my Italian grandma used to do. 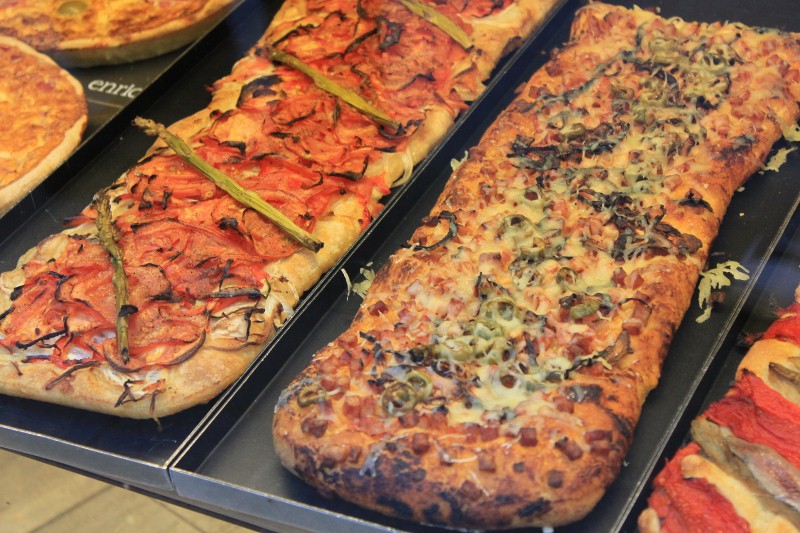 Opting for the sliced tomato and asparagus, it was weighed in. A whopping .204 kg of pure heaven, about three euros and well worth every one. I would have paid double. 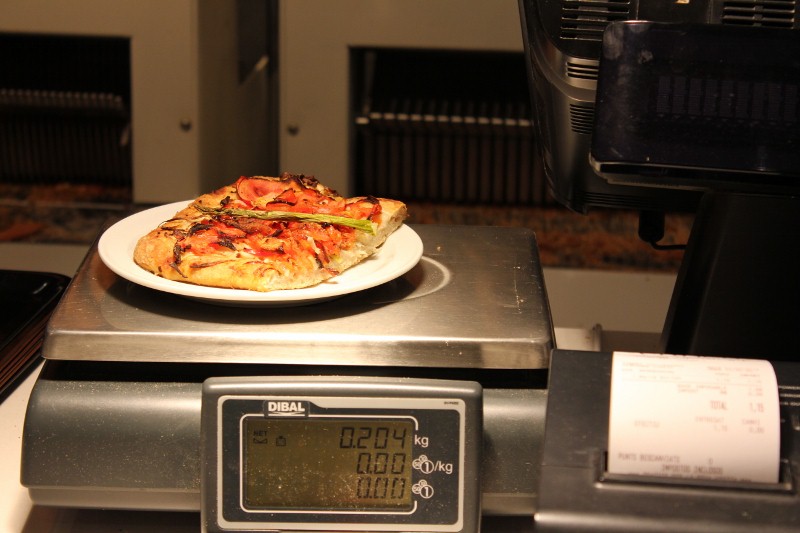 As I walked the streets inhaling my pizza by the pound, it became evident that there was an abundance of cats who were…not in the pound. Maybe they wanted pizza too.

Everywhere I looked they were stalking me, or rather, my slice. 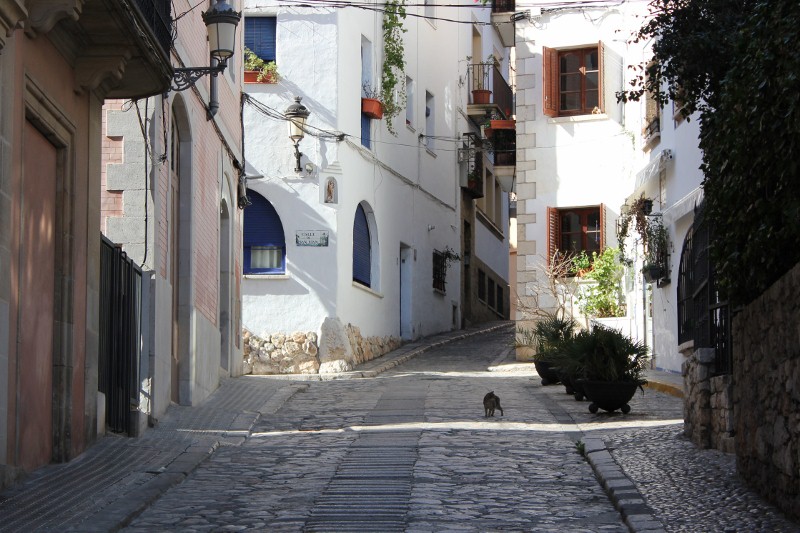 They were in the middle of the cobbled streets, behind the irons gates and peeking through the bushes. Just waiting and watching.

Were they cute? Yes. Were they sweet? Yes. Am I a total sucker for animals with the aforementioned qualities? Absolutely. Were they getting any of my pizza? Absolutely not. This was too good to share. 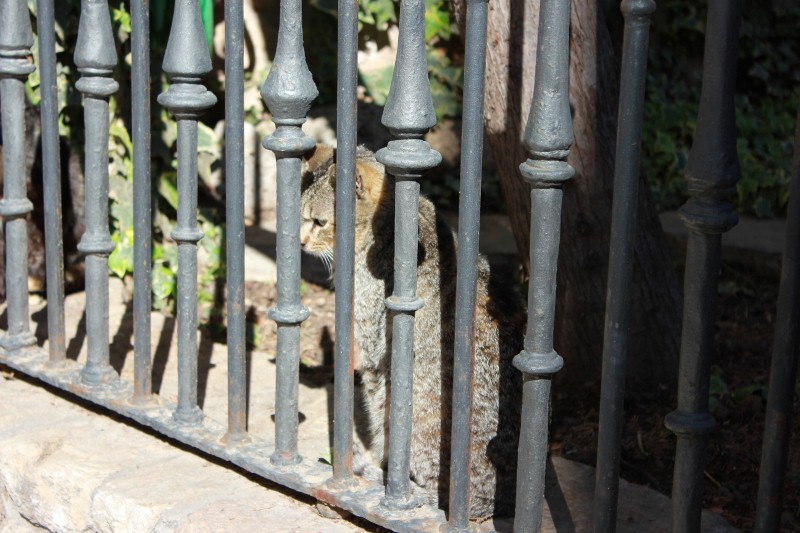 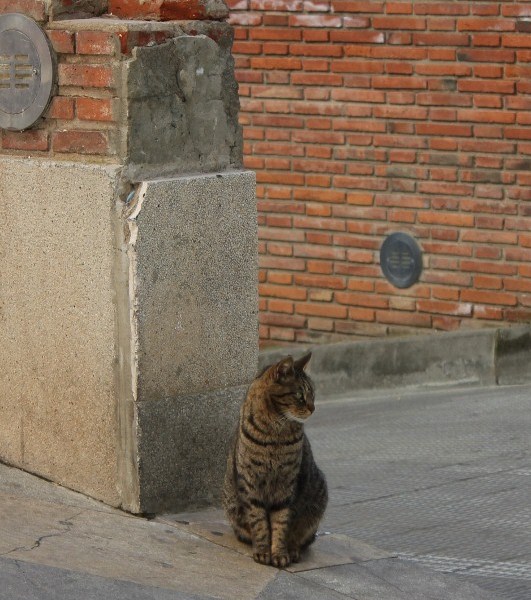 After my pizza was gone, I felt a tinge of guilt for not sharing. But, it slowly dissolved with the increasing feeling of contentment coming from my belly.

Have you ever eaten pizza by the pound? Have you been to Sitges, Spain?