Learn the Art of Making French Macarons in Paris

It was embarrassingly recent that I learned the difference between macaroons and macarons. The first being the chewy, coconut mound of deliciousness and the latter being the colorful sandwich style cookie known predominantly as a French confection.

I am a fan of both. I never discriminate when it comes to cookies.

But, we were traveling through in Paris which meant that this would be a more practical place to learn how to make macarons, not macaroons. Of course afterwards, there would need to be a taste testing battle against two of the most famous macaron shops in town. 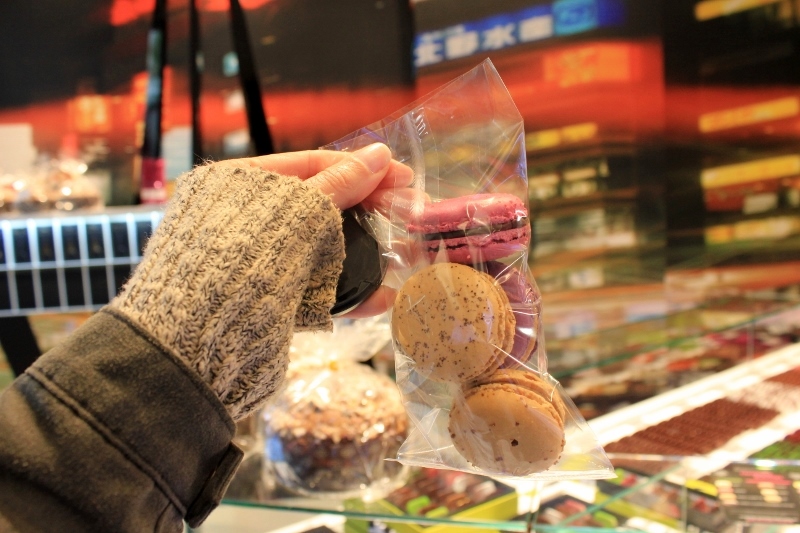 Though the macaron’s true origin is uncertain, the French macaron cookies have been nationally acclaimed in France and are the best-selling cookie in confectionary shops. That’s a good enough reason for me to want to learn how to bake them.

Peter and I showed up for our lesson at Cook’n with Class, in the heart of Montmartre, ready to learn the art of making this delicate confection. And to indulge a little too.

There were three different types of macarons that we would be to making: caramel beurre salée, raspberry jam and black currant with passion fruit.

The fours students in the class started with making the filling. With a bit of whisking, folding and heating the flavorful insides were complete and put in the fridge to chill while the cookie shells were prepared. 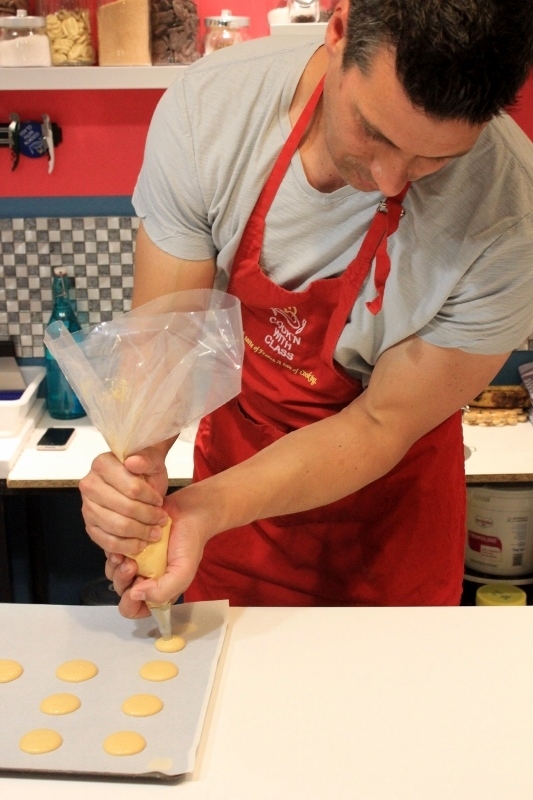 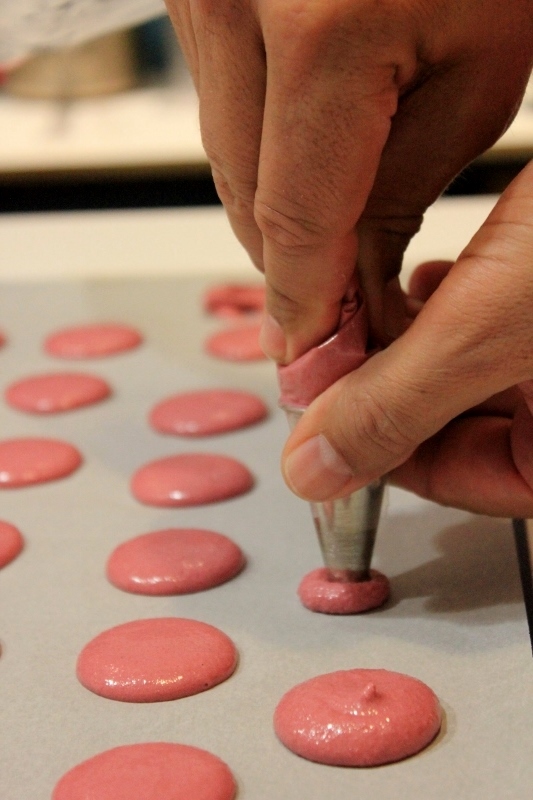 The technique for making the macaron shell was more detailed, precise and time consuming.

Now I know why they cost so much at the pastry shops.

But, with lots of guidance we completed the recipe and using a pastry bag we were instructed how to expertly pipe dollops of dough on parchment paper.

Then into the oven they went. I stared through the window mesmerized as they slowly began to rise.

Truth be told, when they came out of the oven I was surprised at how perfectly shaped they were. Success. 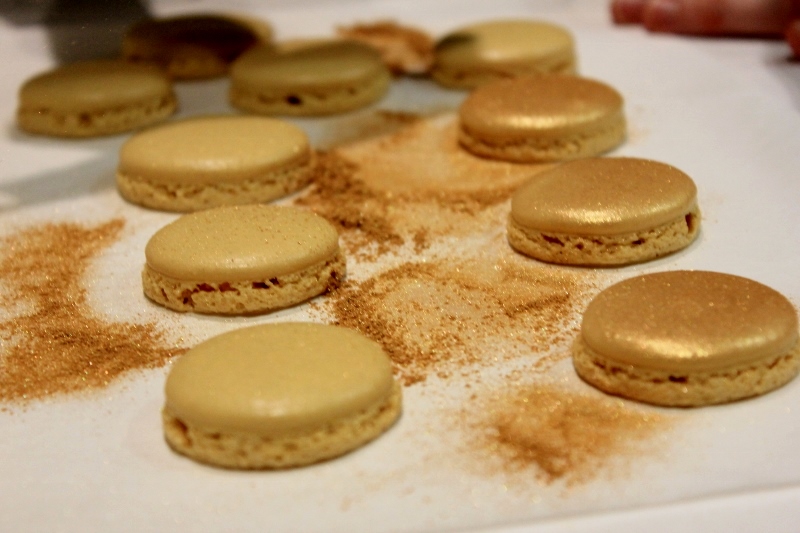 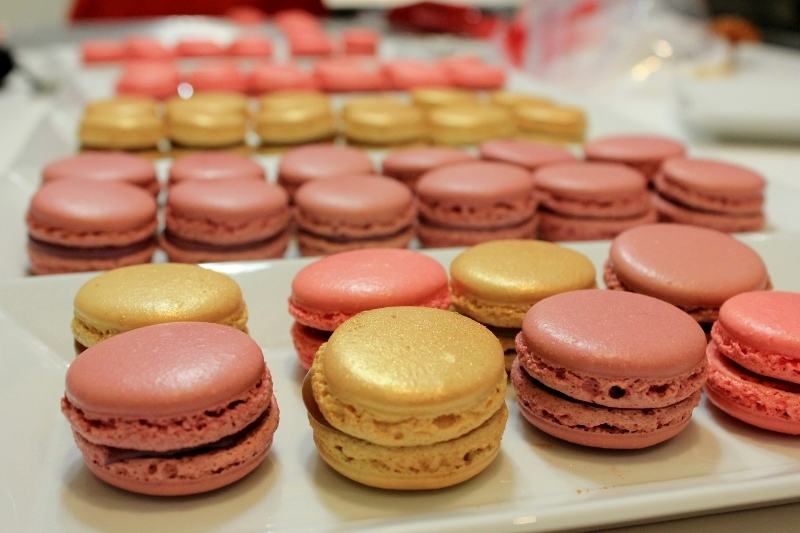 We delicately assembled our macarons and packed about a dozen cookies into a box for us to take with us. Though a few didn’t actually make into the box, they made a pit stop into my mouth.

These pastry chefs needed to critique their work…and their work was really good.

But, it was hard to tell what a perfect macaron was suppose to taste like unless we had something to compare it to. Lots of research had to be added to this already tasty food experience. Enter inner city traveling to Pierre Hermé and Lâdurée, two of the most famous macaron shops in France.

I was all up for a macaron taste testing battle if it meant eating more cookies. So, we first popped into the modern Pierre Hermé, named after a man who has been called the pastry provocateur and the Picasso of Pastry.  I ordered one Truffle Blanche & Noisette macaron (white truffle with hazelnut) for 2,05 €. It was crunchier than our homemade version, with a more unique flavor profile. Quite tasty, but not necessarily better. 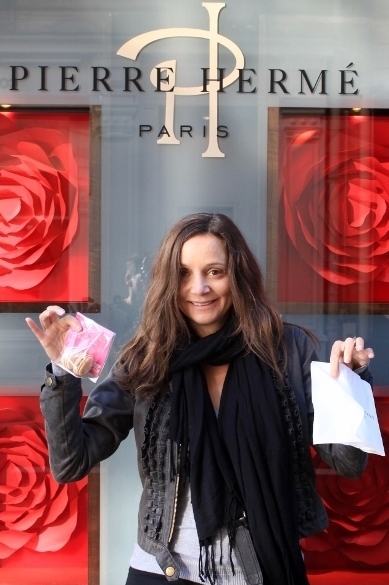 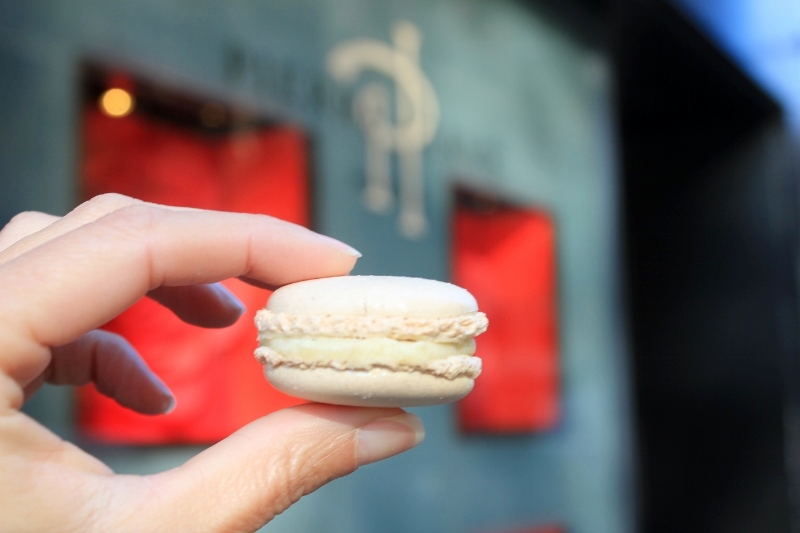 At Lâdurée, a company that has been making macarons since 1862, I ordered a pink pepper macaron with a grey shell. This one was chewier than ours, but again not better. 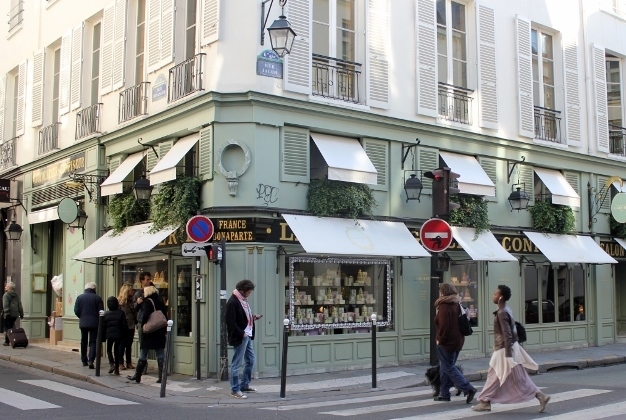 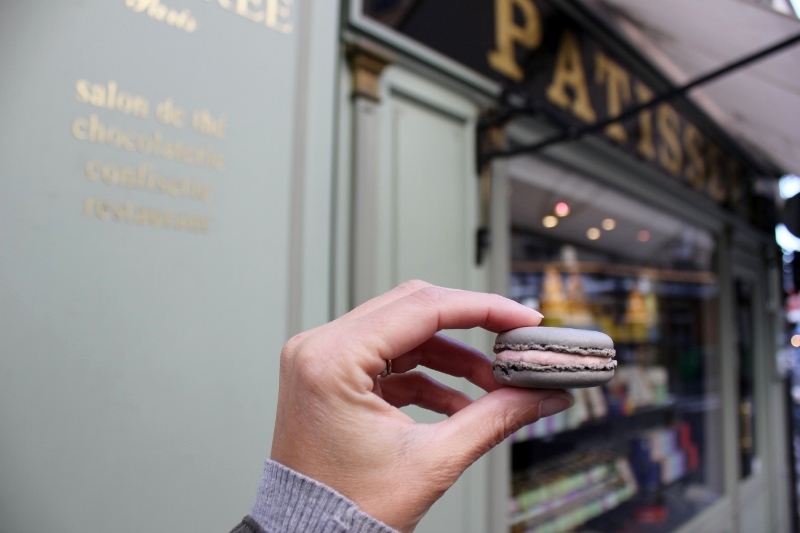 All that cookie eating and there was still no clear winner in the bunch. Pierre Hermé was crunchier, Lâdurée was chewier and ours landed in middle. I believe it would be a good idea to test another round…

Where is your favorite macaron from? Will learning to bake macarons be added your bucket list?

Read More Bucket List Worthy Things to do in Paris

Bucket List Itinerary: 12 Hours in Lyon, France
See the Carrières de Lumières Art Show in the South of France
23 South of France Photos to Inspire Your Bucket List
Take a Christmas Market Cruise Along the Rhine River
Attend Mass at Notre Dame Cathedral in Paris, France
Get Spooked at the Catacombs in Paris