My next mission, after seeing the Alamo at night, was going to Esquire Tavern on the San Antonio Riverwalk for deep-fried pickles. I had heard about frickles, but had never partook. It was time to change that.

Though I went to this establishment solely for the dill delicacy, what I also got was a stinky pig.

Established in 1933, this speakeasy is the oldest bar on the Riverwalk. They also claim to have the longest bar in Texas and, at 100 feet, I wasn’t going to argue. 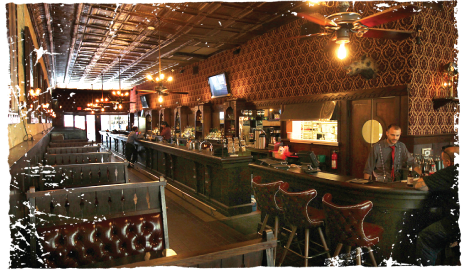 We plopped ourselves into a cozy booth and perused the menu that was filled with the type of sophisticated pub food that makes your mouth water.

This is not the place you want to go if you are watching your figure, the word “fried” appears on the menu way too many times. 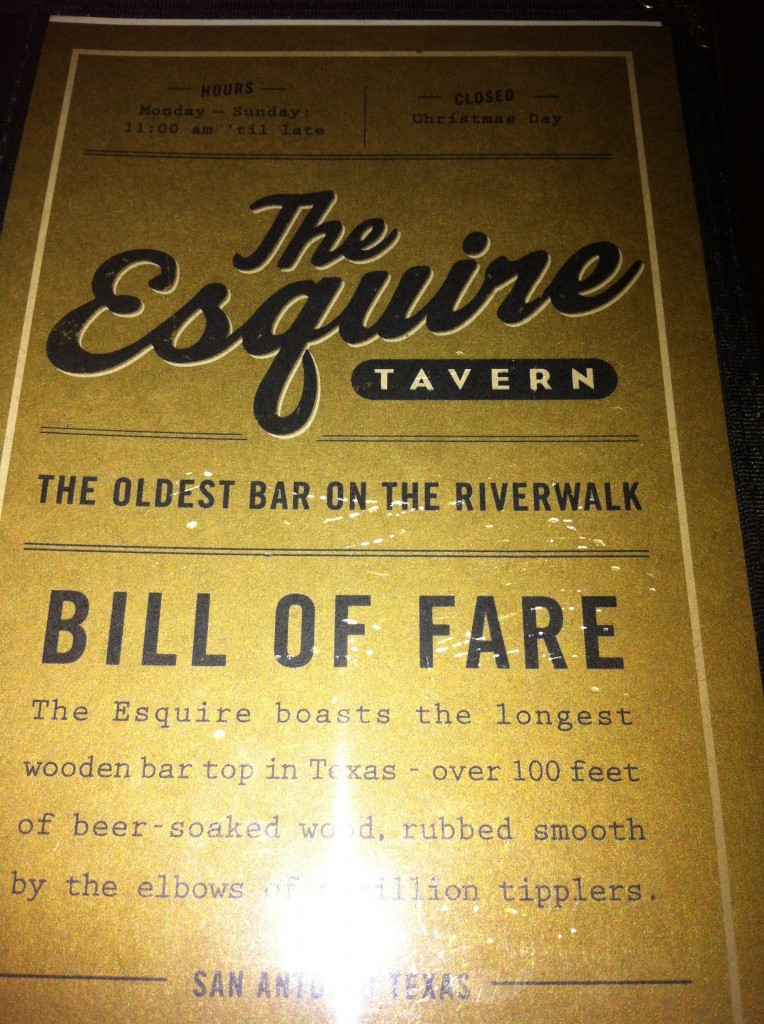 Before I even made it past the appetizer section, I flagged down the server to order my frickles. I didn’t want to risk them running out, they could be a hot commodity around here.

They came to the table piping hot, crunchy and with a side of ranch. Just how I now like my pickles. Now.

The pickle taste was faint, masked by the carbs surrounding it. But, I still ate the whole basket. Regret ensues. 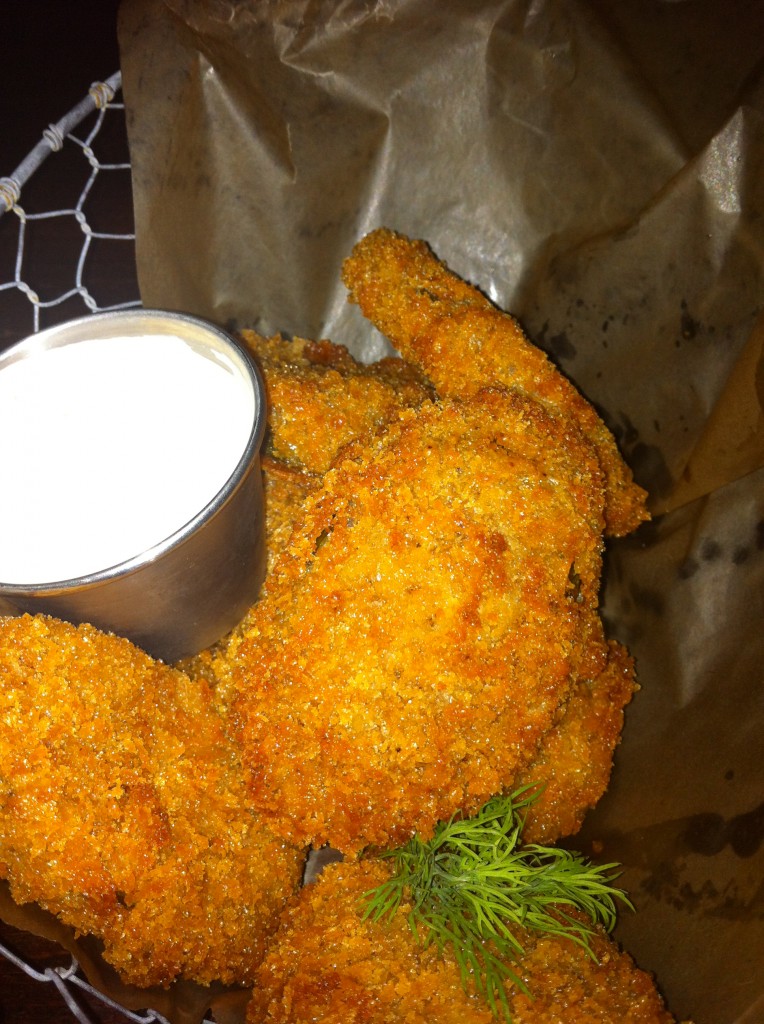 We ordered a juicy BBQ burger as an accompaniment, because I decided I couldn’t survive on frickles alone. Could I?

And to add to the fatty fried oil that had already been ingested, this patty was topped with the largest fried onion rings, which of course made it taste that much better. But, my stomach is not going to be happy with me this evening. 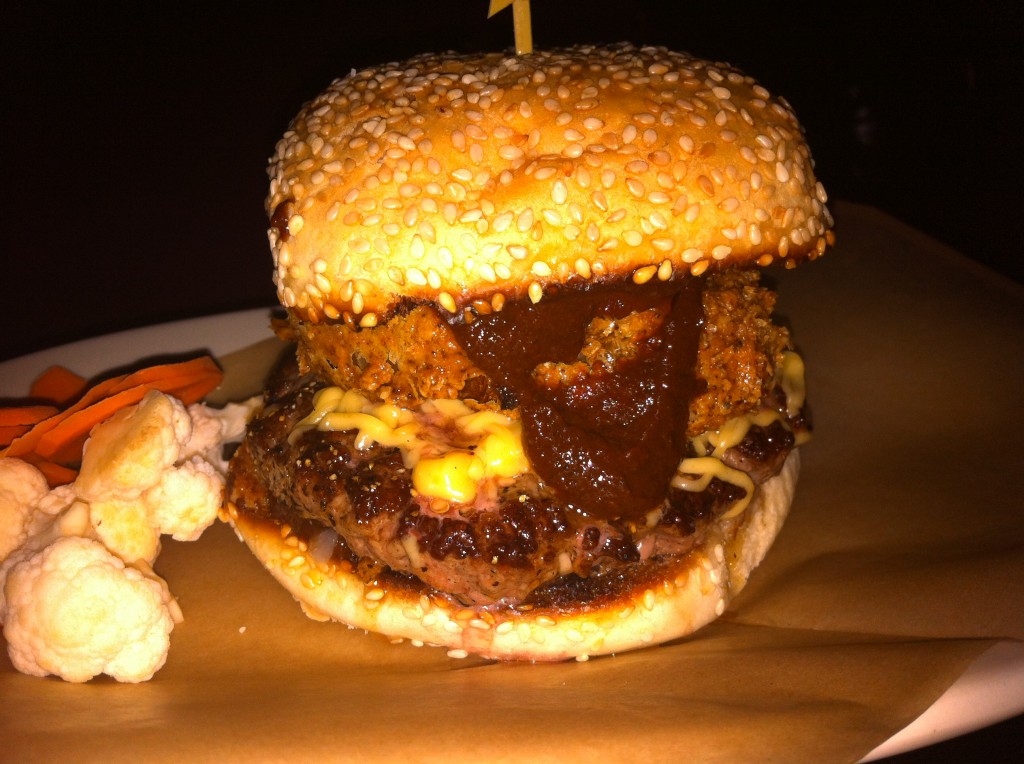 After sipping on a diet soda for half my meal, I decided that I needed a stiff drink in order to really feel the vibe of this bar and that’s when I was met with a Stinky Pig. This libations main feature was Bacon Bourbon.

Is it just me or does it seem like they are putting bacon in EVERYTHING?

I’m used to sipping on wine, so my first gulp made me squint my eyes and grit my teeth. Note to self: hard liquor is a lot stronger than vino. Maybe the fact that this drink was listed under the “Big & Boozy” category should have been a good indicator. I dumped the rest of my cola into my cocktail and went back to my frickles. 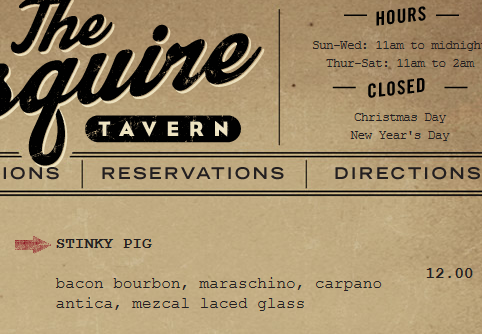 Have you ever tried deep-fried pickles, frickles? What’s the most unique thing you have tried with bacon in it?