Do a Pub Crawl Along The Dingle Pensinsula in Ireland

It was cold and rainy when we arrived to the charming fishing town of Dingle located in southwest Ireland. Though tourists flock to this city to drive the picturesque Slea Head Loop along the peninsula or sail to the nearby islands, the weather was not conducive to spending much time outside. Plus, these activities would surely only result in photos filled with several shades of gray. What to do? We decided to start our evening pub crawl in the early afternoon.

Dingle is home to over 30 unique pubs, including one that is half hardware store and half bar. Just in case you need some nails with your pint of Guinness. Very practical.

We devised a drinking plan, which involved ordering a different brand of beer in each pub we visited, and Peter drinking a majority of them. I was still a wine girl at heart and one day in Dingle couldn’t possibly change that. 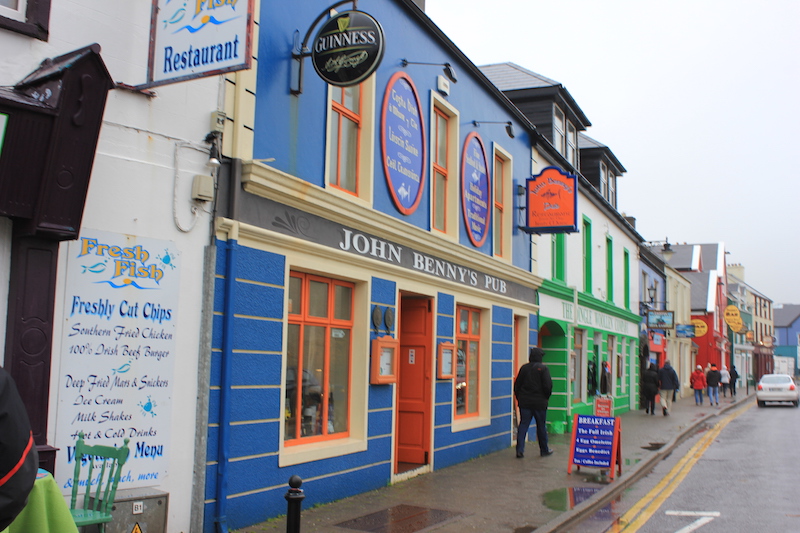 We began the crawl right across the street from the pier and tourist information center at the family run John Benny’s. When we entered the traditional style pub there were a handful of locals and a couple of travelers, like ourselves. We ordered one pint of Carlsberg, a Danish beer served widely in Ireland, to share.

Though John Benny’s is is known for it’s pub grub in Dingle (and traditional Irish music), the plan was to fit the grub in the middle of all the pubs. Noshing would be done slightly after the beer buzz, yet before the sloppy drunk. 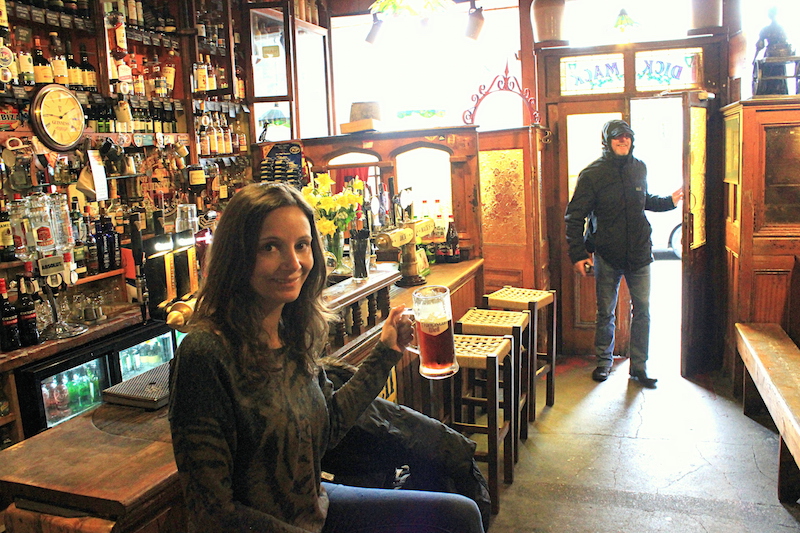 Next on the pub crawl list was the oldest and probably most popular bar in Dingle, Dick Mack’s. We walked into a dimly lit room full of locals who were drinking their pints, mostly of Guinness, and having a lively conversation about sports.

We sat on a stool at the tiny, dusty bar with stained glass windows. The wall was lined with whiskey and the bar with beer taps. We ordered a pint of Franciscan Well from the bartender who happened to be the original owners grandson. 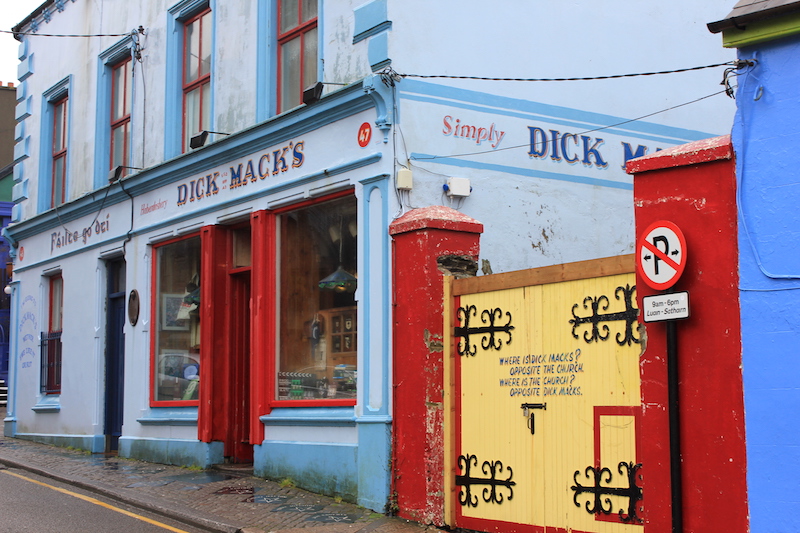 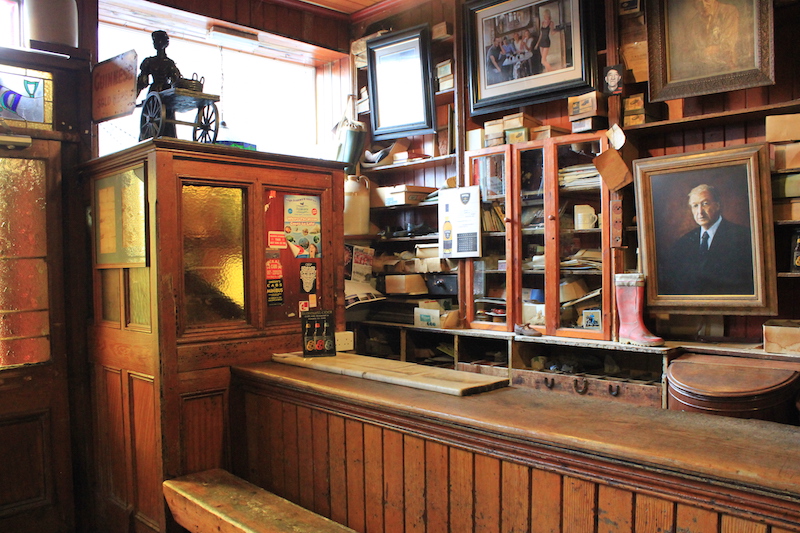 During our time there a few people poked their heads in just to take a photo, some stayed for a beer. There was plenty of extra seating in the back rooms, but why sit there when you could be squished in the front drinking with the locals. On lucky days like today, musicians spontaneously stop by to play some Irish music for the appreciative small crowd.

Dick Mack’s is also one of those dual-purposed drinking establishments, where a small part of the pub is reserved for making handcrafted leather goods, a family tradition. 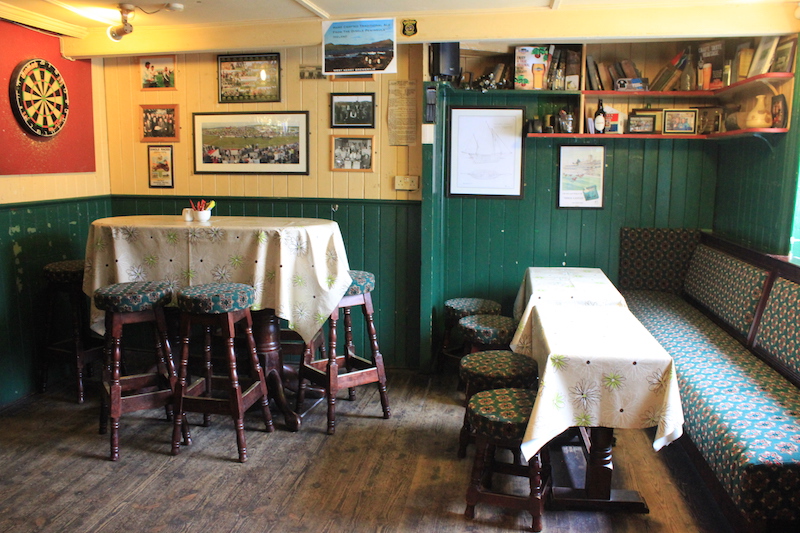 While drinking at Dick Mack’s the bartender told us that McCarthy’s Bar in fact had the best pub food in town, so it was next on our list. We need to get something in our stomachs before this beer drinking caught up with us. Though back in the day McCarthy’s used to serve as a grocery store and bakery, today it’s just a dang good pub. 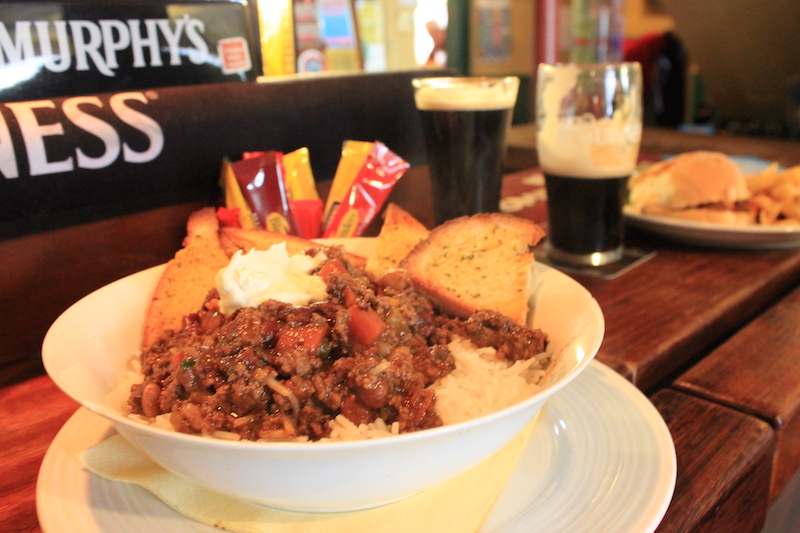 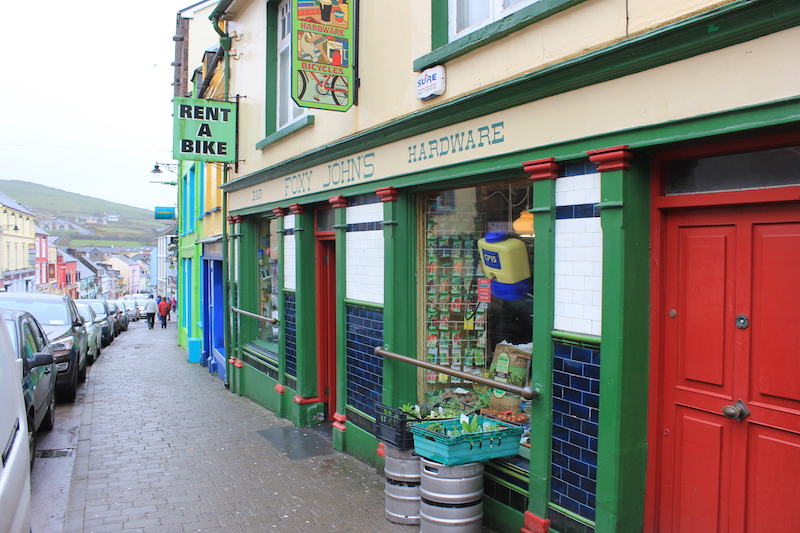 Foxy Johns was a bit tricky to find because not only does the sign out front say ‘HARDWARE’, but there were seeds, hammers and a tricycles in the windows. We walked a couple steps passed it, when I turned around to look deeply into the window, seeing a small bar. Lo and behold there was a pub on the left and hardware on the right.

A whole new meaning to nuts with your beer. 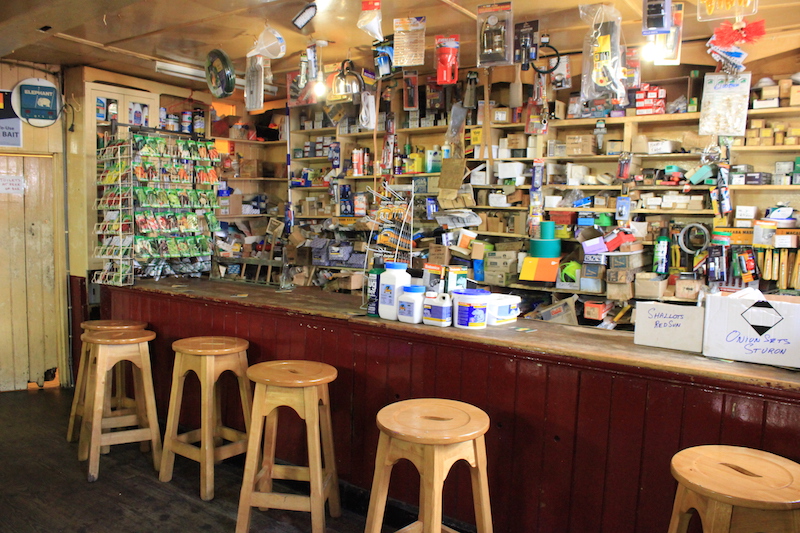 We bellied up to the bar with one other customer, ordered a pint of Tom Crean’s and listened to Enrique Iglesias’ “hero” in the background. 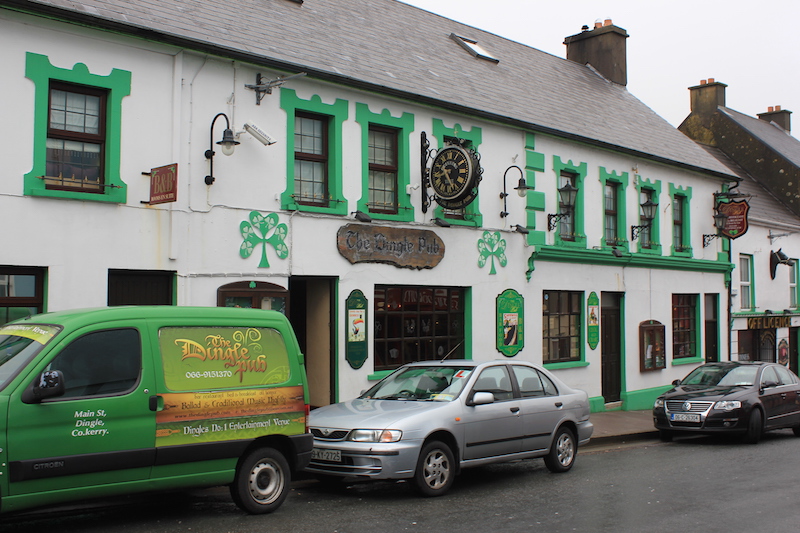 After getting Foxy, we were headed a few doors down to Lord Bakers, but they weren’t open until the evening. Daytime drinking must not agree with them like it did to us. So, we opted for a spot on the cushy chairs at Dingle Pub, which was a younger crowd along with a youthful bartender.

By this time, Peter was pooped because he had been drinking his beer and mine, so he ordered a cappuccino and I ordered a Gneas Dingle Pale Ale, which actually ended up being my favorite beer. 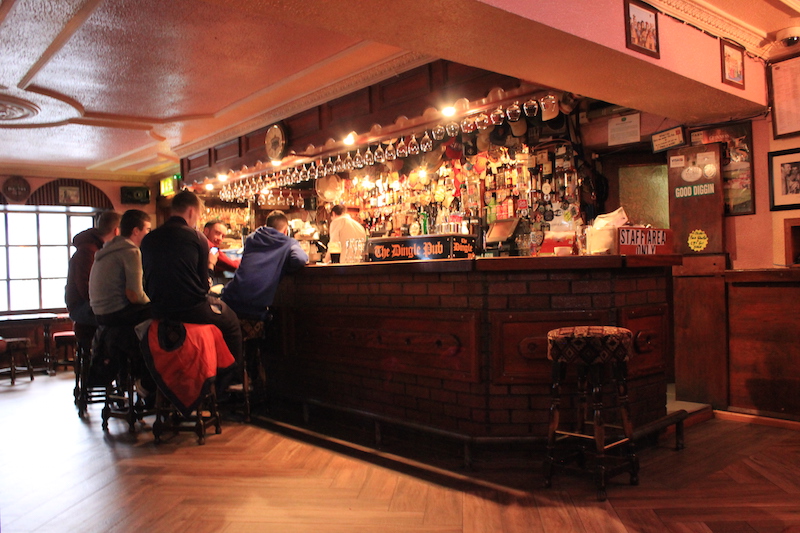 This concluded our crawl, though for the record we were still standing.

Red More > The Best Pubs in the Picturesque Town of Dingle

15 Captivating Castles in Ireland to Tour or Stay on Holiday
Guinness Storehouse: Touring Dublin’s Popular Beer Factory
Kiss the Blarney Stone in Ireland
Sleep in a Castle in Ireland