In my hometown, there is a well-known bar called Andresen’s that we affectionately refer to as “the dead animal bar”, due to its numerous preserved animals that adorn the walls. I never thought this drinkery could meet its match, but then I moseyed on into the Buckhorn Saloon & Museum in San Antonio, Texas. The Buckhorn showcases over 500 species of animals. A taxidermist’s dream.

What better thing to do after seeing The Alamo then hanging out with hundreds of stuffed animals? I can’t think of one. Ok…maybe one…but, I’m doing this instead.

The saloon was started in 1881 by Albert Friedrich and catered to travelers walking the dusty trail.

When he realized that many of the voyagers had no money, he began to accept horns and antlers in exchange for free beer and whiskey. Sounds like a great deal to me. Unfortunately, I didn’t have any antlers in my purse. No drink for me. 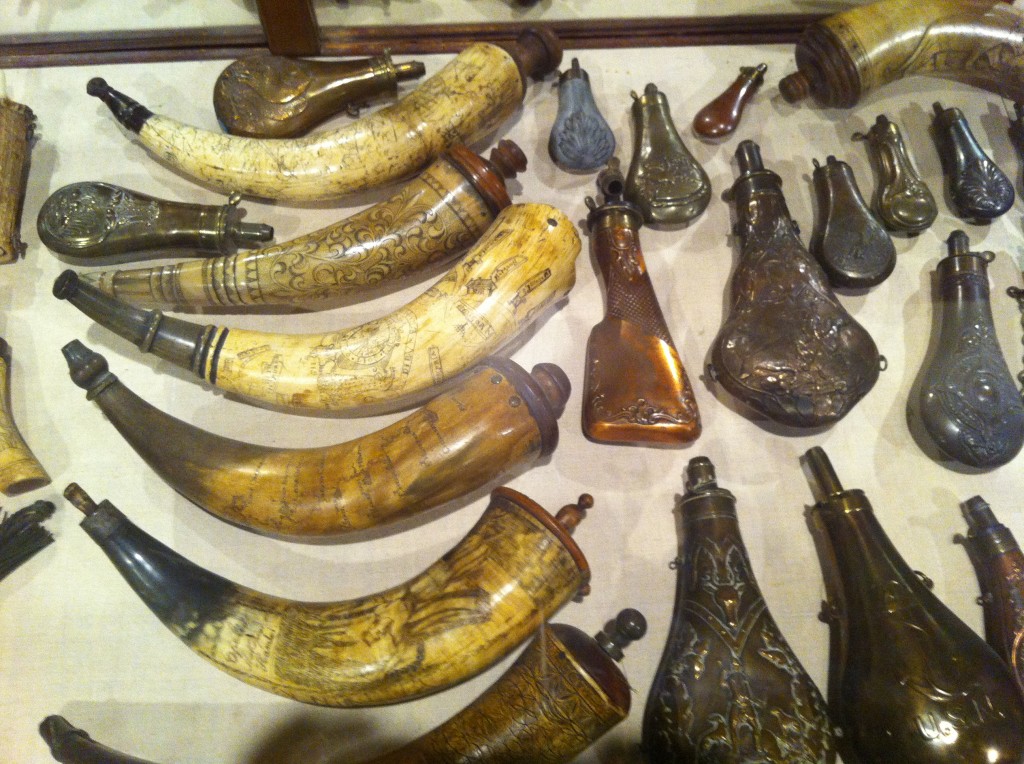 The saloon then turned into a well-known museum, boasting busts of common and rare species, half of which I had never even heard of.

The walls were loaded and a pair of eyes followed you everywhere. A talented taxidermist was here. 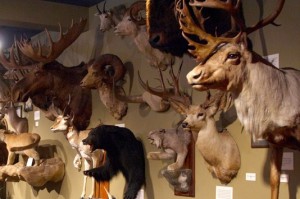 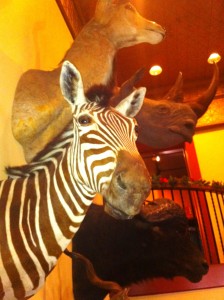 Albert’s wife must not have been fond of horns, because she started collecting jars of rattlesnake rattles instead. She then used them to create impressive artwork that hangs in the museum. 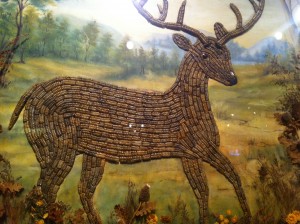 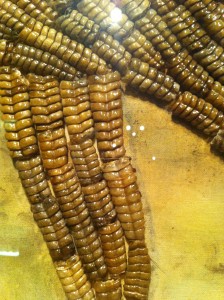 Since we had no antlers for a drink, Peter decided to hit Starbucks and share it with a parched-looking Moose. He was thirsty. Peter and the Moose. 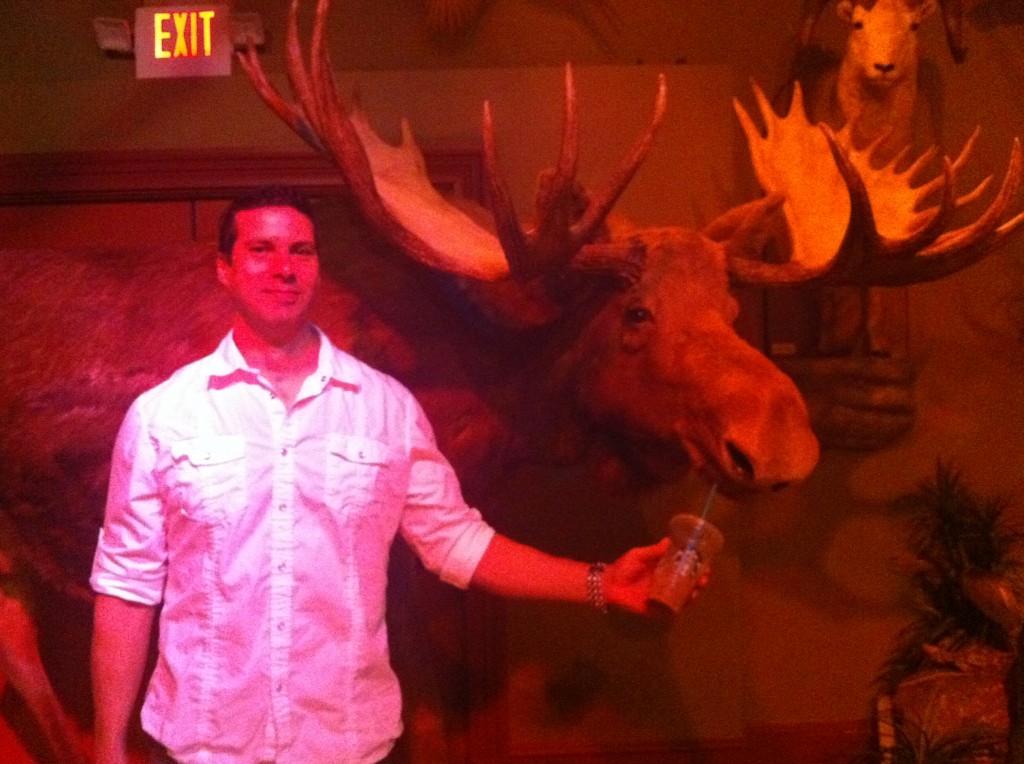 What is the oddest museum you have ever been to? Have you been to a taxidermist haven before?

Disclosure: This attraction in San Antonio was sponsored by the San Antonio Convention & Visitors Bureau, but all the words I write come straight from my, sometimes distorted, mind. Just as it should be.